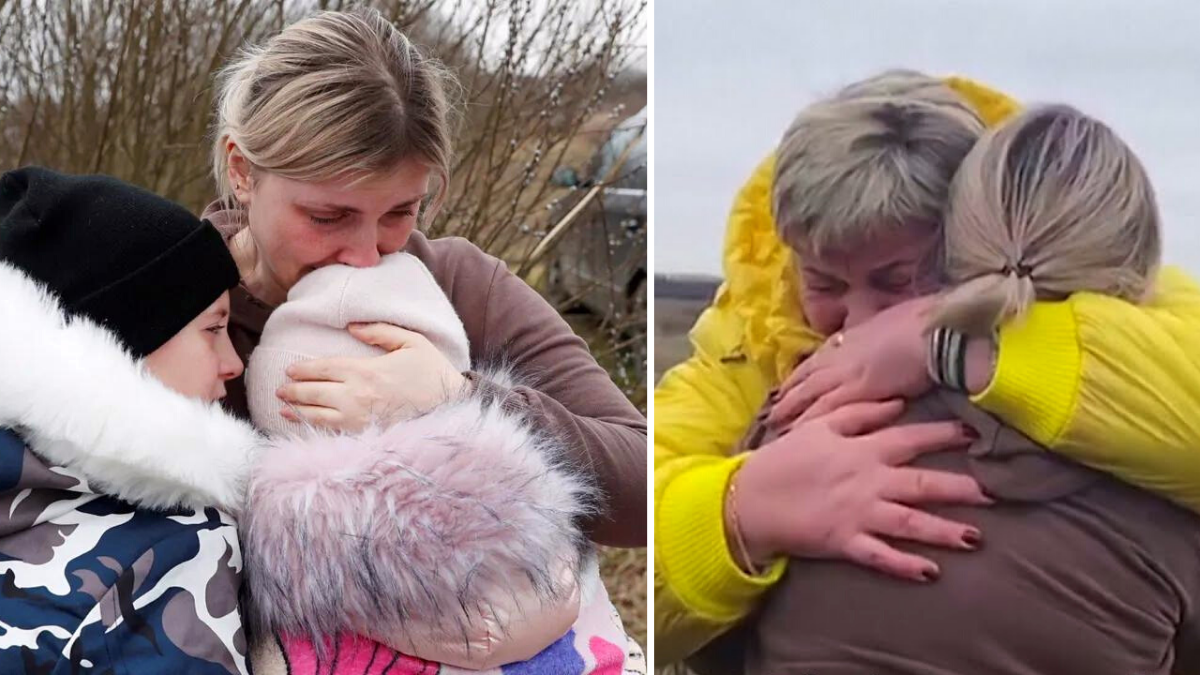 As Nataliya Aleyeva crossed the border from Ukraine into Hungary, she clung to three things: A scrap of paper with a phone number written on it and two young children.

Just days after Russia invaded Ukraine, Nataliya fled her home country to seek refuge in Hungary. Behind her, she left her two adult children, one a nurse, the other a policeman, who were not allowed to leave under Ukraine’s mobilization decree.

On the Ukrainian side of the border, as Nataliya prepared to depart, she met a man who was also not sanctioned to leave: Ukraine has banned all Ukrainian men between 18 and 60 from leaving so they can fight for their country. However, the man had his two young children with him. He needed help from a stranger to get them to safety, where their mother would meet them on the Hungarian side of the border. Nataliya was his hope for getting his children to refuge.

Like Nataliya, the father was from Kamianets-Podilskyi, a city with its own long history (it once served as the temporary capital in the twentieth-century Ukrainian-Soviet War). Now, as the city faces attacks again, Nataliya took a stranger’s children with her to safety.

Their father simply handed over the two kids to me, and trusted me, giving me their passports to bring them over.

The 38-year-old father passed a piece of paper with the mother’s phone number to Nataliya and hugged his children goodbye.

Nataliya took the two young children, wrapped against the cold in thick coats and hats, by the hands so they could cross the border together. They made it to the Hungarian side of Beregsurany, where they sat on a bench and waited.

When the little boy’s phone rang, he cried. His mother was calling to tell him she was near.

The Two Ukrainian Children Tearfully Reunite With Their Mother

Finally, the children were reunited with their mother, 33-year-old Anna Semyuk, who had traveled from Italy to pick up her children. Anna ran up to hug her son, then found her daughter, who was lying exhausted in the back of a car, wrapped in a blanket.

When Anna got the chance to thank Nataliya, the strong woman who brought her kids to safety, the two hugged for several minutes and both women began to cry.

All I can say to my kids now, is that everything will be alright. In one or two weeks, and we will go home.

In the two weeks since the fighting began, 1.7 million people have fled Ukraine. Also in those two weeks, a countless number of selfless acts have taken place, among them was when Nataliya carried the children of a stranger across the border. Even among the strife, the work of kind strangers has barreled through.

The courage and altruism of not only the Ukrainians, but people all over the world donating time and money to support them, is a reminder of the strength of humanity, especially when we all work together.

help someone in need

“Always have a willing hand to help someone, you might be the only one that does.” – Roy T. Bennett

HOW TO SUCCEED IN LIFE | Powerful Motivational Speech for 2021
12 holiday gift ideas to actually keep kids occupied — and out of your hair
Woman Loses Her Cash-Filled Purse on a Night Out – Homeless Man Finds the Bag and Does Something Completely Unexpected and Extraordinary
A Gentle Reminder to Anyone Who’s Struggling This Holiday Season
On the brink: Why abortion access in Ontario is under threat