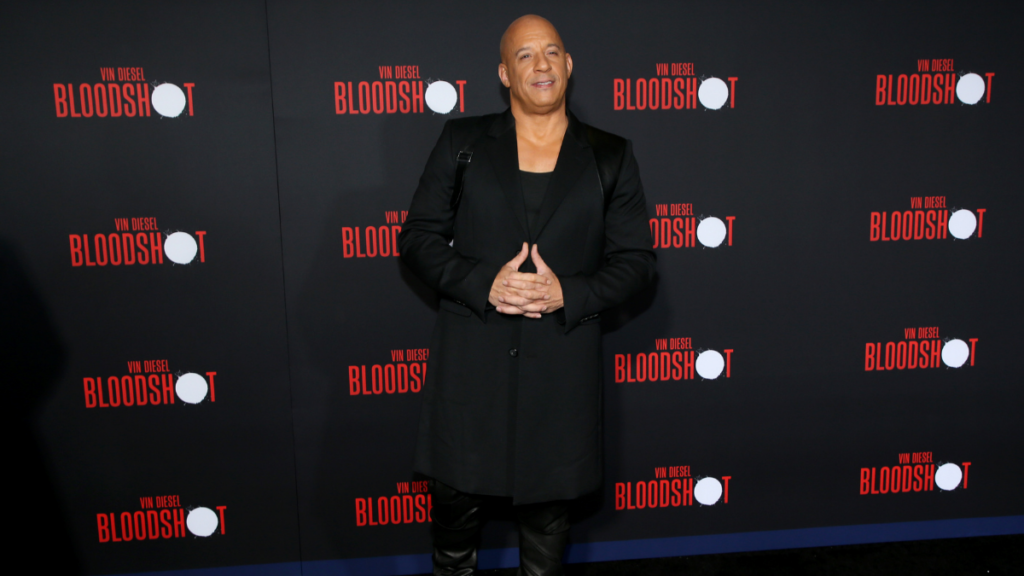 He might seem like the toughest man in show business, but that doesn’t give anyone a free pass to pile on Vin Diesel.

Over the years, Vin has consistently presented himself as a bullheaded, gruff, macho figure who has never let anything faze him. He’s the enduring, beloved face of the wildly successful Fast & Furious franchise and has essentially built an entire career off of a hypermasculine persona that dominates both on and off the screen. His deep gravelly voice, his buff, broad-shouldered physique, and his propensity for action movie work have all contributed to his formidable image, a man you wouldn’t want to cross under any circumstances.

Unfortunately, people have and will continue to do so. No man is safe in a judgmental, tabloid-oriented culture profiting off public outrage, hate, and negativity. You’d never expect the trolls to target Vin, but when he gained weight, they unleashed on him at full throttle. Vin’s experience on the receiving end not only lays bare the larger issue of male body-shaming but also tells us a thing or two about his emotional resilience.

Vin opens up about being shamed for his “dad bod”

On September 7, 2021, the Daily Mail ran a story headlined “The Fat And The Furious! Shirtless Vin Diesel, 54, proudly displays his dad bod on yacht trip with Zoe Saldana and her husband Marco Pereg – after revealing he relaxes his figure between roles.” The piece featured close-up photos of the bare-chested actor lounging atop a yacht, with his slightly plump tummy flopping out. There’s nothing sensationalist or scandalous about a man appearing slightly heavy during vacation; everyone is known to let it go when they’re away from the hustle and bustle of work. You want to savor the time with your loved ones, eat to your heart’s content, and not have to worry about the pressures of maintaining a certain body type. Vin’s allowed to have fun like everyone else. Just because you’re an enormous movie star doesn’t mean you have to live up to people’s expectations off the clock.

The story also included a caption saying Vin “proudly showcased his ‘dad bod.’” First of all, how is he in any way “proudly” showing off his figure? The 54-year-old actor is relaxing on a yacht with his friends and family, not advertising his body or ‘showcasing’ it like it’s a prized jewel. If the paparazzi happen to catch him in a deeply unflattering pose as he’s actively trying to avoid the spotlight, it’s not his fault. He doesn’t deserve the criticism — he’s the one who had his privacy invaded. Therefore he doesn’t have to offer any explanations about his body as it’s not a sight for the public to see or consume.

I get it, you know? I mean, a) I don’t have to be in front of the camera for a couple months and b) I really am a dad […] I’m okay because I’ve had the best body in New York City for decades.

This isn’t Vin’s first rodeo, either. He’s gained weight multiple times over the years, usually in his time off between movies. The Dad Bod jokes abound, of course, but Vin wears the label with pride. “I really am a dad,” said Vin to Complex Magazine.

He is well aware he can straighten out his body in the space of a few months if needed for a particular role. When he packs on the pounds, he said, it’s usually when he’s away from the film cameras and doesn’t expect to be spotted by anyone. Even if he does get snapped, so what? If it’s not a contractual obligation to look a part, he shouldn’t have to owe anyone anything. Moreover, he finds the invasion of privacy “weird” and doesn’t understand why audiences seem to fixate on his ever-fluctuating body. Fortunately, he doesn’t feel too bothered by it; he had the “best body in New York City” for decades, so he doesn’t feel the need to compensate for anything.

What does this say about male body-shaming?

The body-shaming that Vin endured at the hands of these publications exposes the toxicity that still prevails over masculinity and its extremely high physical standards. The body positivity movement has thus far centered around women, and there’s some justification in this. Women, in general, are privileged for their beauty, body, and youth and have far more to lose if they’re photographed looking ‘fat’ or ‘ugly.’ Men, in contrast, don’t rely on their appearances as much to make money or marry well, so people assume they don’t need such a movement to empower them.

The problem is that this inequality has led to a disparity in terms of how men and women are treated for the same changes in their bodies.  An article describing a woman’s weight gain would never have the headline, “The Fat And The Furious,” in this day and age. Yet, the language being deployed to describe Vin’s body is explicit, with no sign of sensitivity.

Honestly, I would rather [the body shaming] come to me than somebody else. I can take it […] I’m not trying to be in super shape all of the time. I’m trying to master my craft of making films.

In an ideal world, you don’t have to make references to someone’s body at all, whether they’re male or female. Vin’s gender doesn’t make him invincible to public vitriol; he deserves the support of the body positivity movement just as much as women. People need to exercise respect when discussing others’ external features. Of course, some think they have free rein to descend on Vin, who only occasionally gets fat, as opposed to someone like Jonah Hill, who’s struggled with weight his entire career. But the same logic applies: respect needs to be unwavering regardless of the individual in question.

Vin can “take it,” in his opinion, but some other man could quickly become depressed due to the bullying. In fact, Vin went so far as to say he’s glad it comes in his direction because he’d rather it’d be him than someone else. “I do think it’s wrong to body shame,” he told Good Morning America in 2015.

Vin Diesel might come off as a cold, steely character at the end of this story, but it’s his mental fortitude that should be credited. It’s what’s enabled him to flourish in this industry through all the ups and downs.  He’s content and fulfilled in himself and isn’t bothered in the least by what anyone has to say about him. At the same time, he’s capable of understanding how it might impact other people in the exact position, so he’s empathetic about their dilemma and is supportive of body positivity in general.

Our words possess plenty of meaning and power, so we need to be more mindful about wielding them. If our harsh remarks have the potential to ruin someone’s day, especially for something that doesn’t hurt anyone, why not just keep it in? Furthermore, other people’s bodies have no relation to ours. It doesn’t make sense to get heated when we can just look away and move onto a different subject. Everyone’s just doing the best they can, so let’s watch our words and evaluate our actions on an ongoing basis.