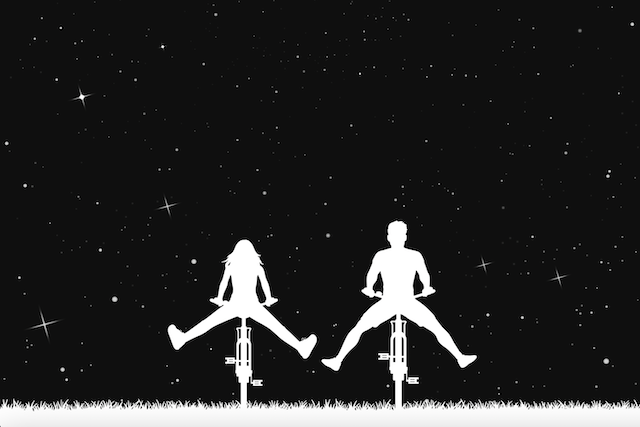 “Play is the foundation of learning, creativity, self-expression, and constructive problem-solving. It’s how children wrestle with life to make it meaningful.” ~Susan Linn, Psychiatrist

We met at a job interview for a summer camp. At the time, I was twenty-two years old and pursuing a bachelor’s degree in English literature and psychology at UBC. On the other hand, H was attending college in the hopes of one day becoming a high school history teacher. He also “liked to promote and support the development of children.”

During our first date, we grabbed coffee and spent some time at Indigo Books & Music. I was impressed. I had not only found a boy who was willing to tolerate my endless browsing, but genuinely seemed to enjoy it.

H was funny, dressed nicely, and most importantly, didn’t know much about me. Later, he would learn that I’d grown up a perfectionist, that I became overwhelmed easily, and that I always took life too seriously. I valued the art of productivity and felt self-conscious when acting silly.

In our early days, we enjoyed sunbathing at the beach and went “playground hopping,” a term coined after spending an entire afternoon going from playground to playground, sitting on the swings, flirting. We climbed the various structures and found out we could no longer get across the monkey bars.

We had a typical “summer romance.” We sent each other flirty texts at work, and I chased him around the jungle gym during one of our outings with the kids. We played Connect 4 instead of strip poker and went to the candy store to buy samples of all our favorite childhood treats. He loved to make blanket forts and was always to blame for the ensuing pillow fight. We put on music and danced in our underwear in my bedroom late at night.

He brought out my inner child. We played handshake games while waiting for the bus without caring about the other commuters’ glances. We painted cheap wooden frames from the dollar store and bought a puzzle at Toys R Us. We went to the kid’s arcade and had a playful Skee-Ball competition.

After a few months of dating, and as a result of my interest into Acceptance and Commitment Therapy (ACT), H and I sat down and made a list of what would become our Common Core Values. Out of sixty values, we picked about a dozen. Then, we talked about them.

Connecting with our values adds meaning to our lives, but clarifying values can be challenging, because most values are words that are vague. Take, for example, the value of respect. Most people I know value respect. But what does it look like? And what does respect look like specifically in a romantic relationship? We recorded our choices in our newly bought couple’s journal.

The value that stood out to me the most, though, was play.

Play has been one of the core tenets of our relationship. When we first met, he had no idea that I was heavily involved in the mental health community.

I worked at the hospital where I did peer support work and supported children as well as their families navigate the (highly complex) mental health system. I heard devastating stories of families trying to access care.

I sat on the board of a non-profit organization that held support groups for students every week and spent a lot of my time holding space for others, while at the same time admiring their resilience. Outside of that, I was busy taking classes, and trying my best to care for my own mental health.

A few years ago, when I fell in love with Brené Brown’s The Gifts of Imperfection, the chapter that stood out the most to me was: “Wholehearted Living Guidepost 7: Cultivating Rest and Play.”

In the chapter, she introduced Dr. Stuart Brown, a psychiatrist who has studied play. He explained that play is time spent without purpose and can include a variety of “frivolous activities.”

As a young adult, overachiever, and university student, I spend most of my time working hard, trying to achieve the definition of “success” society has defined for me. At times, there are sleepless nights, two cups of coffee, and skipped breakfasts.

When H and I play, we lose track of time. We become immersed in our decorating of gratitude jars, tickle fights, and me chasing him down with an ice cream cone.

My relationship with H has given me one of the greatest gifts: the ability to lose myself in laughter, and permission to focus on leisure without feeling guilt or anxiety. In the words of Brené Brown, it is all about “letting go of exhaustion as a status symbol and productivity as self-worth.”

I like to refer to H as “Mr. Fun” because it’s the part I love most about him. If it wasn’t for him, I would rarely allow myself to play. I often feel self-conscious and judge myself harshly whenever I feel the urge to do something “childish,” like coloring. I tell myself, “Don’t be ridiculous. Grow up. You’re not a child anymore.”

At the time of our discovering our common core values, we had only been dating for three months. Since then, we’ve grown enormously as a couple. The wonderful thing about our common core values is that we now have a silent agreement. We have both committed to living by those values, so we refer to them as needed, especially during a conflict. When we make mistakes, we refer to the value of forgiveness. It lessens the guilt and shame while still holding us accountable.

Essentially, play encourages self-enquiry, social connection, and being curious about the world.

Play has allowed us to cultivate a relationship that is based on vulnerability and helps us cope with the uncertainty of the world. It has enhanced our intimacy and helped us relax during stressful times. After all, we are realistic, and understand that our relationship will encounter many obstacles in the future, including having to cope with economic and political instability.

From an outsider perspective, I am described as responsible, punctual, and can be found balancing my budget with an Excel sheet, every month. You are more likely to find me writing professional emails than singing in the shower or expressing my creativity.

Sometimes H and I argue about the pros and cons of having carpet in our future dream home and sometimes we make lists of supplies to buy, like Play-Doh, or Legos. Sometimes we discuss Canadian politics while drinking apple juice in plastic cups. We eat Kraft Dinner as a snack and calculate the cost of a one-bedroom apartment. We are both children at heart and young adults trying to navigate the world.

And not too long ago, H surprised me with a heart shape made of colourful melted beads.

Daphnée tries not to take life too seriously. She works as a Youth Peer Supporter and is a mental health advocate. In her free time, she enjoys volunteering with inner-city kids, reading, and taking bubble baths. Her version of “play” time includes singing, dancing, and going to the gym with friends.

Deliveryman Arrives to Pick Up an Order From a Bakery – Breaks Down When He Finds Out Why His Own Name Is on the Package
‘Gen Z yellow’: Next ‘it’ colour or marketing ploy?
This Is What Self-Care Really Means, Because It’s Not All Salt Baths And Chocolate Cake
Why I Didn’t Trust Myself to Make Decisions (and What If It’s All Okay?)
How to Be Intolerant of Dysfunction | Josh Shipp | Goalcast