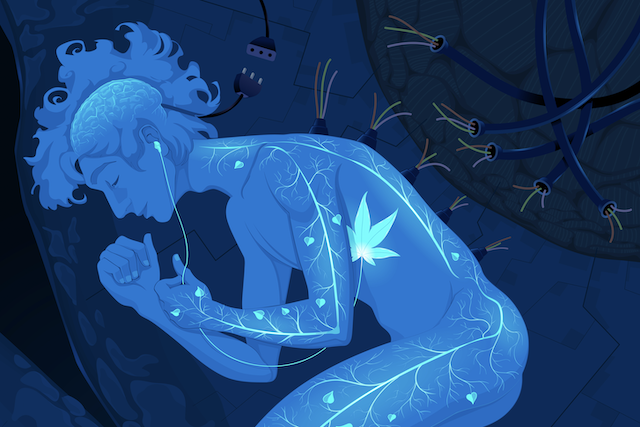 “If you don’t give your mind and body a break, you’ll break. Stop pushing yourself through pain and exhaustion and take care of your needs.” ~Lori Deschene

In November of 2021, my autoimmune issues flared up. My doctor and I are still unsure which of my conditions—rheumatoid arthritis or fibromyalgia—was the culprit, or if they were acting in cahoots, but the overall achiness and debilitating fatigue were a solid indication that something was more active than usual.

I woke up tired, needed naps, and often ran out of spoons—a phrase familiar to many with chronic condition, based on a gorgeous essay called “The Spoon Theory” written by Christine Miserandino.

While I may not know the reason, the one thing that was certain was that my body was demanding rest.

Do you have any idea how hard it is to just rest?

Knowing that I needed rest did not grant me the immediate ability to actually pull it off.

I would sit down to watch a show and find myself trying to multitask. Or I would attempt to put off a nap like a recalcitrant toddler. Instead of throwing myself on the floor in a tantrum, I was trying to “push through” so I could finish typing an email or move a load of laundry into the dryer.

Even with a body and brain that were crying out for rest, it was difficult to allow myself to do it. In the end, I had to reparent myself in order to be able to rest, enforcing stopping times and rest periods.

Those of us in the western world, especially here in the United States where I live, are programmed to be productive. We are told—and we tell ourselves—all of the things that we “should” be doing in order to be busy. Work in all its forms, from job tasks to errands to chores, is what we are “supposed” to do.

We are conditioned to be productive and to stay busy from the time we are young. We hear people say things like “I’ll rest when I’m dead” and “no rest for the weary.” We are exhorted to “pay our dues” and “put in the work.”

If we were somehow fortunate enough to avoid the overt messaging about staying busy and working hard, most of us received those messages indirectly by watching the people in our lives.

We watched our parents come home from work with arms full of grocery bags, only for them to fix dinner while putting groceries away. Or we were asked what we were doing and made to feel wrong if our answer to the question was a child’s honest “nothing.”

Long after dinner, once everything was cleaned up or tidied and it was “time to relax,” we watched our parents do additional work, both paid and unpaid. Or we watched them knitting, ironing, or puttering around the house.

We have been told that we have to “work hard” in order to succeed. That “nothing good comes easy.” That we shouldn’t stop when we are tired, but only when we are “done.”

Sitting down and resting is not prioritized. Those who decide to rest often must justify it: they have to have earned the right to rest.

Rest doesn’t only mean sleep, although sleep is a large part of it. It also includes sitting comfortably doing not much of anything at all.

It could mean listening to music or watching TV or meditating. Or perhaps working quietly on a jigsaw puzzle or craft or reading a book or article. Maybe playing solitaire, or looking out the window, or journaling.

In the fall, as I was struggling with my autoimmune flare, it occurred to me that I should rest more. I was so accustomed to overriding my body’s signals that I hadn’t realized how far I’d pushed myself.

I waited to notice what was happening until I’d reached the point where I was unable to do many tasks in the day at all. A banner day during that time might have involved doing a single load or laundry, or cooking dinner for my husband and me.

I was so fixated on staying busy that I could no longer assess my need for busy-ness in an honest manner. I had lost the ability to tune into my body to find out if it needed to move and stretch, or even to stretch out and sleep.

Had I continued to push ahead for much longer, I am 100 percent certain that I would have fallen ill. As it was, I was dealing with brain fog, fatigue, and both joint and muscle pain, all of which made life unpleasant.

It is easy to see now that I should never have allowed things to get to that state, but fatigue and pain and brain fog have a way of teaming up on you so that you can’t clearly assess much of anything. Nevertheless, when I hit the edge of collapse and burnout, I realized that some serious rest was in order.

I essentially cleared my calendar for at least three weeks. I cleared my work calendar of appointments, scheduled some brief blog posts and emails, and took time off.

It was torture at first.

For one thing, my husband was still getting up and heading out into the world to teach tai chi and qigong classes, so he was modeling “proper” work behavior. For another, I discovered that I was incapable of “just resting.”

I had to relearn how to listen to my body to discover what it needed.

I also had to reprogram my thoughts about rest as being an inherent right that we all hold, and not a reward for productivity.

I also had to learn how to actually do it.

I did all of the things I listed earlier as forms of rest, from naps to puzzles to sitting quietly. It was ridiculously difficult.

I had to almost force myself to limit myself to single-tasking, which is doing one task at a time. That was especially hard if the task was mechanically simple, such as watching a television show. My inner monologue would kick up, chastising me for “just sitting there,” urging me to “be productive.”

In those moments when I decided that rest meant watching a movie on TV, I sometimes sat on my hands to make sure that I didn’t pick up my phone or a crossword puzzle or something else. I often put my phone on silent and deliberately left it in another room, just to reduce temptation.

Full disclosure: Even with taking affirmative steps to single-task, I didn’t always manage. I did, however, learn through reinforcement that there was nothing likely to arise in an hour or two of time that required me to give up on resting and take immediate action.

I realized that in many ways, I was retraining my nervous system to allow itself to relax. It was so used to being in a state of alertness that resting and allowing it to have some time off took some getting used to.

What I learned when I started to budget rest into my days was that I could start to tell more easily what signals my body was sending. It became easier to converse with my brain and body to find out how they were feeling and what they needed.

It sounds a bit dissociated when put that way, but I have never felt more integrated than I do now. At any given moment, I can pause, tap into what I am feeling (mentally and physically), and act on my own needs in ways that are more nurturing and caring than before.

When I realize that I am losing focus on a project—perhaps while typing a blog post or planning a workshop—I no longer push through. Instead, thanks to months of practice, I pause and check in with my brain and body. Thanks to practice, I can quickly ascertain whether I need to take a simple break, to get up and walk around for a bit, to take a walk outdoors, or to stop for the day.

I am learning to embrace the idea that rest is an inherent right, not something that needs to be earned. It is no longer something that occurs only once I have pushed myself until the point of collapse.

As it turns out, the more I lean into rest and build it into my days, the more energy I have to actually accomplish all the things I want to get done in life.

When I add time off or breaks during the day, I find I have better focus when I need to be working on a task. When I include rest in my days, I have the energy to exercise in the morning, and also make a good meal for dinner.

I invite you to join me in adding actual breaks into your day, where you do nothing “productive” at all. No catching up on phone calls or emails or texts—just rest. I’d love to hear if and how it works for you.

How to Un-Stub Your Toe on the Nail of Life | Eric Bailey Motivational Speech | Goalcast
Femcels: Inside the enigmatic subculture of involuntary celibate women
Waitress Soothes “Fussy and Teething” Baby So Mother Can Finish Her Meal
How To Find True Happiness | David Meltzer Inspirational Speech | Goalcast
Mexico’s richest man lists $80M NYC mansion and it could break records