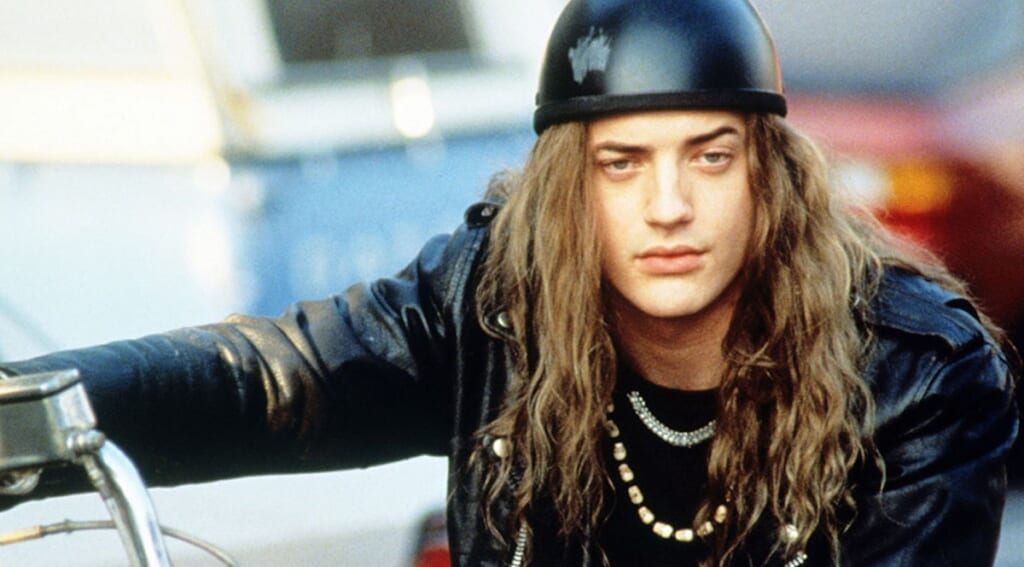 Brendan Fraser’s new movie, The Whale, received a six-minute standing ovation at the Venice Film Festival in September 2022, completely overwhelming the actor, who was brought to full-throated sobs that have left an indelible mark on his fans, both old and new.

The film, directed by Darren Aronofsky and written by Samuel D. Hunter, continues to garner praise internationally, particularly for the performance of Fraser in the starring role. But that’s not the only reason Fraser is experiencing a very special kind of renaissance in Hollywood.

RELATED: What Happened To Brendan Fraser? The Promising Mummy Star Who Vanished

The actor infamously disappeared from public life, returning only recently after revealing harrowing accounts of physical and mental health issues, as well as exposing his own past as a victim of sexual assault.

As an ever-endearing and humble presence at conventions and in interviews, Fraser’s return and new rise has connected with his fans in a deeply personal and resonating way. That more intimate connection is redefining who Brendan Fraser is to his fans, and what he represents to modern Hollywood.

Born in Indianapolis, Indiana in 1968, Brendan Fraser was the youngest of four boys. He ended up taking an interest in acting while on vacation in London, which led to him eventually graduating from Cornish College of the Arts, located in Seattle. He initially planned to study acting further, but decided to take a detour to Hollywood.

One of the first roles that many of us will remember Brendan Fraser for is his role as the dishevelled caveman in the 1992 comedy flick Encino Man. Shortly after, he starred in the drama School Ties, which many critics agree truly showed Fraser’s versatility as an actor.

RELATED: Where Is Jack Nicholson and Why Did He Disappear from Hollywood?

With his leading man looks and humble personality, people were quick to take to Brendan Fraser’s charm, especially after he appeared in a rapid succession of big films like George of the Jungle and The Mummy series.

Fraser was becoming a beloved public figure, and gained an enviable heartthrob status. While gracing the covers of magazines like GQ, Movieline, YM, and Entertainment Weekly, he became a Hollywood superstar and a household name. So why did he disappear?

What Happened to Brendan Fraser?

After filming movies like Bedazzled and MonkeyBone, as well as The Mummy Returns, in the early 2000s, Fraser admitted in an interview that he felt like he was trying too hard, and that being spread too thin was becoming destructive. Having done his own stunts for years, as well as all the running around required for his roles, he was putting his body through serious damage.

Although he continued to audition and land leading roles, the demands of the stunts and action scenes Fraser was known for proved to be too much for him. As he mentioned in an interview with GQ magazine, “By the time I did the third Mummy picture in China, I was put together with tape and ice,” highlighting the extent of his injuries.

RELATED: Why Did Minnie Driver Disappear from Acting – And Where Is She Now?

In that same interview, he revealed that he went through several surgeries, including knee replacement, laminectomy, and even vocal cord surgery. He revealed he was in and out of the hospital for almost seven years.

That rigorous period of his life put too much a strain on the actor, physically, mentally and emotionally. But perhaps his biggest and most challenging battle was only made public later.

In 2018, Fraser came forward and revealed that he had been sexually assaulted by Philip Berk, ex-president of the Hollywood Foreign Press Association. In an interview with GQ, he opened up about specific details with his encounter with Berk, revealing the event took place in the summer of 2003, inside the Beverly Hills Hotel.

He initially did not want to talk about the incident, but later contacted GQ, saying he gained courage from the #MeToo movement and after seeing his peers and friends open up about their own sexual assault experiences.

RELATED: Why Did Will Smith’s Fresh Prince Co-Star Karyn Parsons Disappear – And Where Is She Now?

Fraser told GQ, “I felt ill. I felt like a little kid. I felt like there was a ball in my throat. I thought I was going to cry.” Previous to this, he only told his wife about the assault, and didn’t want to tell anyone else for fear that he would be blacklisted. Eventually, Fraser was able to find the strength to step forward and speak openly about his attack, which he does not regret. Berk denies all allegations to this day.

Speaking out about Berk did come with some consequences, as it became more difficult for Fraser to find work in the industry. Along with his physical health declining, Fraser grew depressed, a state that was only exacerbated by the passing of his mother, with whom he was very close.

Luckily, not long after, opportunity came knocking that would lead Fraser out of his darkest place and into the light of a new morning on his life and career.

Darren Aronofsky had been trying to bring his film, The Whale, to life for 10 years, but casting the kind-hearted main character proved to be a great challenge. However, while watching one of Fraser’s earlier films, he knew the actor would be the perfect fit.

In the film, Fraser plays an English teacher named Charlie, who who suffers from obesity. Charlie is a character who sympathizes with and has empathy for everyone around him. He’s selfless, and genuinely loves everyone, especially his estranged daughter, Ellie.

It seems Aronovsky’s feeling about Fraser in this leading role was spot-on, and the actor has been getting an incredible amount of attention for his portrayal, thanks in no small part to the natural fit of Fraser’s own character with the man he plays on-screen. That connection drives his performance, with Fraser admitting that Charlie is, “far and away […] the most heroic man I have ever played.”

RELATED: Why Daniel Day-Lewis Disappeared – And the Bizarre Job That Ended His Acting Career

That unique connection between the man and the actor who plays him is exactly why, at the Venice International Film Festival, Fraser was given a full six-minute standing ovation for his performance. The video clips and social media posts from the event show the actor responding with an overwhelmingly emotional reaction, breaking down into sobs and finding solace by holding onto Aronofsky in a warm embrace. Needless to say, The Whale marks Fraser’s rebirth and return to Hollywood, with early Oscar buzz already attached to the film.

The standing ovation and Fraser’s heartfelt response were incredibly moving, especially considering all the hardships and obstacles he has overcome. His humility and sincerity have always permeated his work on-screen and his character off of it, and this new surge is testament to his persistence and strength as an actor, and as a human being.

The Tragic Disappearance of Val Kilmer – And His Miraculous Hollywood Resurrection