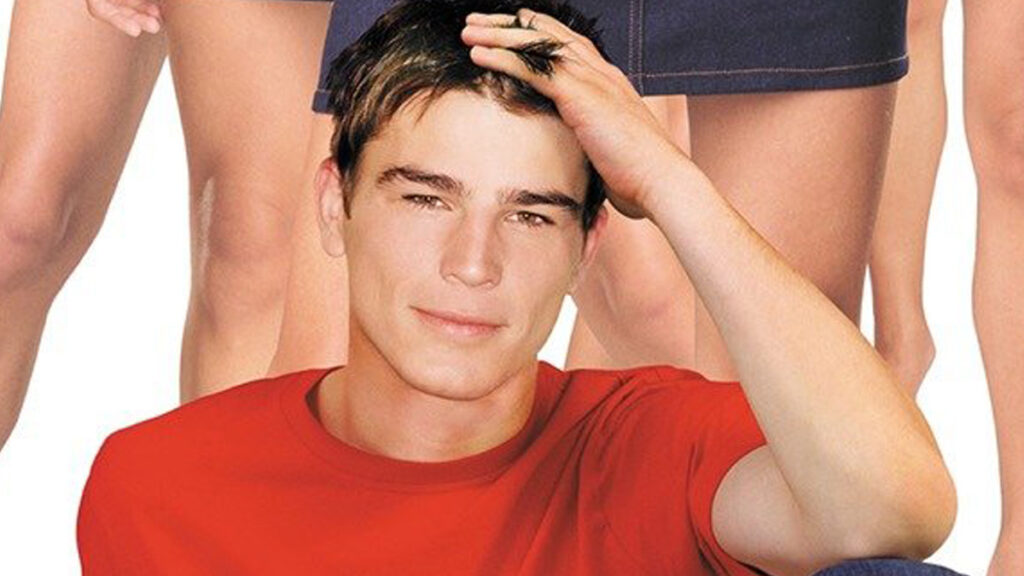 No young actor in the ‘90s captivated the nation with more ferocity than Josh Hartnett.

The teen idol, the smoldering bad boy, the swoon-worthy heartthrob — he managed to check many boxes at once, building his reputation as one of the most promising, talented male performers of his generation.

RELATED: Why Did Will Smith’s Fresh Prince Co-Star Karyn Parsons Disappear – And Where Is She Now?

Starring in iconic movies of the zeitgeist such as Pearl Harbour, Black Hawk Down, and cult horror classic The Faculty, Hartnett was primed for A-list superstardom. In a different reality, he would have been a solid contemporary to the likes of Christian Bale, Jake Gyllenhaal and Leonardo DiCaprio.

Yet, somewhere along the way, Josh Hartnett disappeared. Of course, he continued to do select roles occasionally, but he largely stepped away from what was poised to be a scintillating career in show business. Though it’s easy to make excuses and point the finger at the actor himself, we must take a moment to evaluate his journey and examine where it veered off course. Just because his time in the spotlight was brief doesn’t mean it was any less extraordinary.

Why Josh Hartnett Needed to Burn Bridges in Hollywood

In a revealing interview with The Guardian, the 43-year-old actor opened up about the skyrocketing fame he experienced in his early twenties and its inevitable downside. “People wanted to create a brand around me that was going to be accessible and well-liked,” he said.

The studios, wanting to capitalize on his enormous public appeal, pushed him toward big-budget projects, the highly lucrative endeavors that didn’t consider his own aspirations as an actor.

I wasn’t doing it to be recalcitrant or a rebel […] I tried to find smaller films I could be part of and, in the process, I burned my bridges at the studios because I wasn’t participating. Our goals weren’t the same.

Josh Hartnett to The Guardian

These executives didn’t care what he wanted as an actor or how he wanted to grow in his craft: they perceived him only as capital, a gateway to more wealth. Josh didn’t want to be typecast; therefore, he did what he needed to do. “I branched out,” he told the newspaper.

Of course, expanding your horizons when you’re at the peak of your career is easier said than done. Hartnett, in the process of walking away from the blockbuster route, upset a lot of folks that had bet on him. “I burned my bridges at the studios because I wasn’t participating. Our goals weren’t the same,” he stated.

That’s when the Minnesota native started dipping his toe in alternative genres: indie, horror and international productions, to name a few. “I’m happy to be done with that era and to be making films that are more personal to me,” he said. He relishes being able to dig deep into these unorthodox roles, forced to test himself as an actor instead of just looking attractive.

“Directors are coming to me to play characters as opposed to versions of a hero I played in a movie once,” he said. His upcoming works speak for themselves: you can catch him in Guy Ritchie’s latest venture, Operation Fortune: Ruse de Guerre, set to be released in the spring of 2022, and in Christopher Nolan’s hotly anticipated Oppenheimer.

In Hartnett’s case, it wasn’t only the fear of being pigeonholed into specific archetypes that led to his departure; he also loathed the paparazzi and the fixation with stardom they represent.

The media obsession was so extensive and overwhelming, it felt like he was “harassed” day and night, which is a lot for a 21-year-old to endure. He couldn’t go anywhere without cameras following his every move.

RELATED: Why Did Minnie Driver Disappear from Acting – And Where Is She Now?

Magazines did unsolicited profiles hailing him as the next Tom Cruise without even referring to his acting ability; the press manufactured so much momentum for him that it essentially paved the way for his eventual decline.

Speaking about the infamous Vanity Fair July 2001 cover story titled “The Making of Josh Hartnett,” which forecasted the actor’s trajectory, the actor said, “It was a set-up-to-fail moment.” The industry had collectively placed so much pressure on him that he couldn’t help but disappoint them.

I really enjoy making films, but the industry itself was overwhelming for a 21-year-old kid […] I decided I didn’t need that in my life, and I was able to still make films and live outside of it

Josh Hartnett on The Project

His swift ascendancy turned out to be a curse as people turned on him in a matter of months when they realized he wouldn’t follow the blueprint. “They genuinely thought I’d been thrust on them. It was a very weird time,” he told The Guardian.

Ultimately, he decided he was better off pursuing a different type of career: one in which he wouldn’t have to deal with the burgeoning media but could still focus on acting. Today, Hertnett can do the kind of work that genuinely fulfills him, keeps him protected from the madness of the industry, and empowers him to spend time with his family, including his wife, Tamsin Egerton, and their three children.

How Joshn Hartnett’s Hollywood Disappearance Can Inspire Your Own Path

As much as society will have you believe the opposite to be true, there is no arbitrary template for how you can live your life. Just because you’re thriving in your discipline, as Josh Hartnett had been in the late ’90s, it doesn’t mean you have to keep going.

RELATED: What Happened To Hayden Panettiere, the ‘Heroes’ Cheerleader Who Disappeared?

Everyone has a limit, and if your heart no longer is in a particular endeavor, you can always carve your own path. You cannot discover new passions until you’re brave to leave behind your existing routines.

He Was Fatally Beaten by Memphis Police — Now People Around the World Are Sharing #SunsetsForTyre in His Honor
Beyond Dry January: 5 Benefits of Extending Your Break from Alcohol
Why I Didn’t Trust Myself to Make Decisions (and What If It’s All Okay?)
Mexico’s richest man lists $80M NYC mansion and it could break records
How to Show Up When Nothing About Your Life Is Perfect