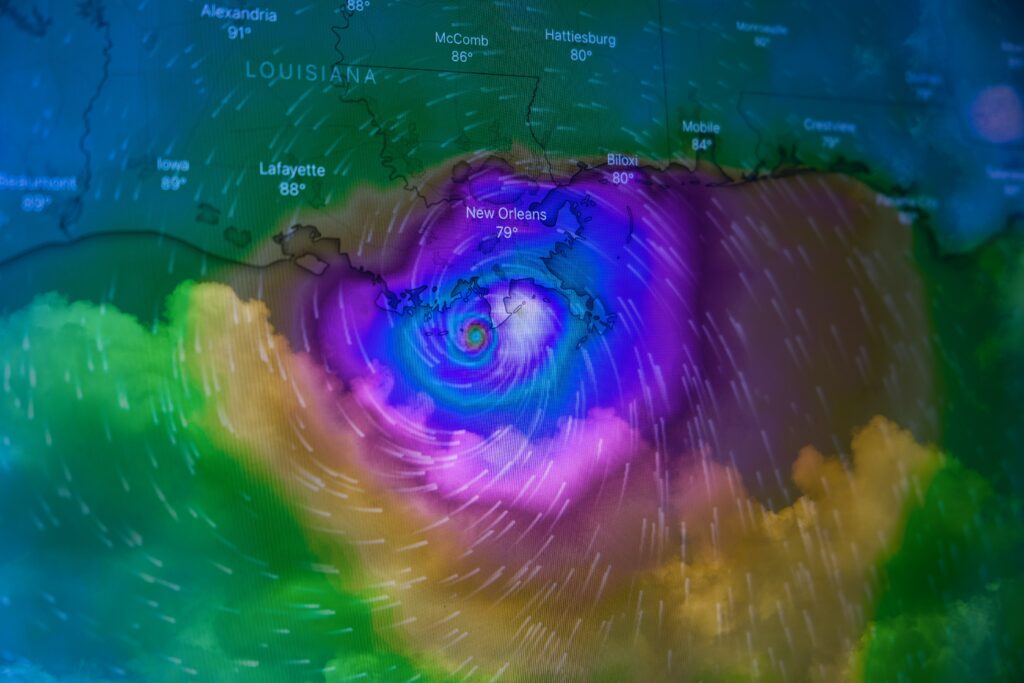 While reporting the weather at work, NBC4 Washington chief meteorologist Doug Kammerer spoke of a tornado striking Bethesda, Maryland. While live, he realized the tornado’s path tore through his neighborhood.

“As a matter of fact, I’m tracking this so closely now, this is going to go right over my house,” Kammerer said on the broadcast.

Both of Kammerer’s kids were home alone, so Kammerer knew he needed to get in touch with them right away. While still in front of the weather map, Kammerer took out his phone and dialed his son.

“Kent, you there buddy? Hey man, I want you to get down in the basement. We got a tornado warning,” Kammerer said to his son. “I want to make sure you and Cally get downstairs as soon as you can.”

Not only could the audience hear Kammerer speaking with his child, but they could also hear his son’s response.

Get down there right now. Get in the bedroom down there and just wait 10-15 minutes, okay? Do it now. Thanks, buddy.

After finishing the call, Kammerer returned to the broadcast.

“I gotta warn my kids, because I know what my kids are doing right now, they’re probably online gaming, and they’re not seeing this,” Kammerer said.

Later, Kammerer posted on social media that his children were safe.

“Yes, had to warn my family!” he wrote in a tweet. “Kids were home alone and I knew they were not watching me on TV! They are safe. Thank you! Scary moment for me though, I was freaking out inside a bit.”

RELATED: Teen Steps In After Nobody Stopped To Help Old Man In Wheelchair Escape an Incoming Tornado

Not only did Kammerer take to social media, so did NBC4 Washington. The station posted a clip of Kammerer warning his son on Instagram, and the post garnered more than 18,000 views.

“As I was talking about the Tornado warning and zooming in on street level, I saw that it was going very close to my house and I knew I had to warn my kids. Mom wasn’t home at the time. They are safe, thank goodness! Thanks for the concern everyone,” Kammerer replied to a tweet.

#Working4You When a tornado warning sounded last night, Storm Team4 Chief Meteorologist @dougkammerer was working to keep you informed and safe — just like his own family. https://t.co/1iV3XQHB0q pic.twitter.com/xZZrDOWCC6

The audience who watched Kammerer calmly call his son on live television praised him for his collectedness while protecting his family and staying on the job.

“That’s what being a good parent looks like!” one person commented on the clip.

Kammerer was presented with a difficult choice: Choosing his family or continuing to spread valuable information pertaining to many people’s safety. Kammerer chose both, and did so successfully. He warned his children, instructed them on how to be safe, and then continued to report to his job so that everyone in the Maryland area was updated. He protected his children and his viewership, all at once.

“A father’s tears and fears are unseen, his love is unexpressed, but his care and protection remains as a pillar of strength throughout our lives.” – Ama H.Vanniarachchy

5 Ways to Start Healing from the Grief of Betrayal and Domestic Abuse
Couple Has Been Divorced for 28 Years – But, Woman Notices Her Dad at Her Mom’s House for This Surprising Reason
Princess Diana Had an Unlikely Job Before Marriage – Her Former Employer Reveals Her Real Nature
A Simple Plan to Overcome Self-Doubt and Do What You Want to Do
Here’s the cover of my next book! 🎉