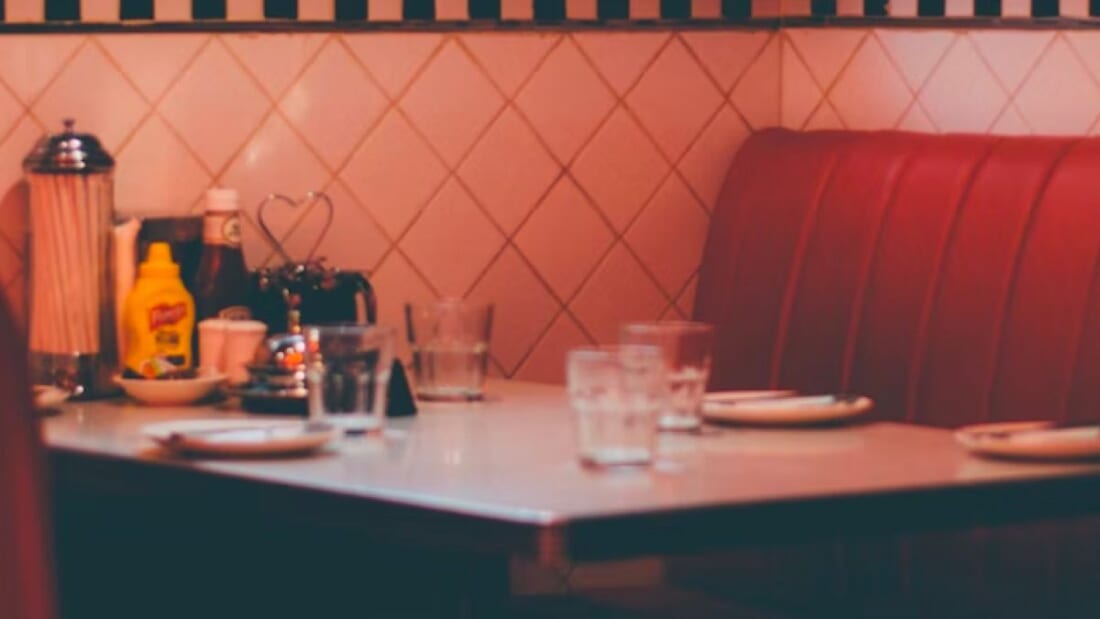 It was the middle of the night when New Jersey firefighters Paul Hullings and Tim Young stopped at the Route 130 diner in Delran that waitress Liz Woodward worked at. They had just finished putting out a massive warehouse fire. It had taken most of the night to extinguish it, and they were exhausted.

Woodward noticed the weary firefighters and struck up a conversation with them. When she learned that they had spent hours courageously fighting the fire in North Brunswick, she was impressed and humbled. So when the men were ready to leave, she left the bill on the table—already paid.

Liz Woodward Paid for Their Bill and Left a Humbling Message

Woodward also left a message on the bill to thank the firefighters for their service: “Your breakfast is on me today—Thank you for all that you do; for serving others & for running into the places everyone else runs away from. No matter your role, you are courageous, brave, and strong…Thank you for being bold and badass everyday! Fueled by fire & driven by courage—what an example you are. Get some rest!”

The firefighters were moved to tears: “Such a selfless and kind act. I definitely urge my friends to make a trip out and support the business, and if Liz happens to be your waitress, tip big.” Woodward’s gift and kind words let the firefighters know that they were appreciated and that local people cared about them. A simple thank you can make a job worth doing.

RELATED: Waitress Sees a Mother Struggling With Fussy Baby – What She Does Next Shocks the Whole Table

Little did they know, Woodward was fighting her own battle. She was also being courageous, brave, and strong—for her dad, a quadriplegic who was in desperate need of a wheelchair-accessible van. Liz was trying to raise money for him and set up a GoFundMe page.

As she worked at the diner day in and day out, she was also carrying the weight of financial need in her personal life. But her big heart allowed her to see the needs of others at the same time, and she used part of her modest wages that day to pay the firefighters’ bill.

The Firefighters Paid the Kindness Forward

What goes around comes around, as they say, and Woodward was destined to be paid back for her random act of kindness. The firefighters decided to recognize her action by paying it forward—or rather back—to her.

When they learned of Woodward’s one struggles, they talked to a local news outlet and pledged to help Liz with her fundraising efforts.

And it worked. Since the story got out, Woodward’s GoFundMe page has raised over $86,000. The firefighters’ act of bravery inspired the waitress’s act of kindness, which in turn inspired the firefighters—and nearly 2,000 other people—to do something for her.

If you want to recognize the young woman’s generosity, too, with a financial donation, you can visit her GoFundMe page here.

In a statement, Woodward said, “Our family has witnessed an outpouring of love and support from around the world, and I want to thank each and every one of you beautiful human beings for making this dream possible!”

When you do good in the world, good will come back to you. What a blessing Woodward, Hullings and Young are to each other and their community.

It Takes One Person To Make You Feel Like You Matter | Kyle Scheele Inspirational Speech | Goalcast
Sweet Revenge: Woman Wins Lottery Jackpot After Husband Leaves Her for Best Friend
Watch the Breathtaking Moment a Family Finds Their Missing Son Lost at Sea as Part of Viral Rescue Mission
Why Change is Good | Motivational Video | Goalcast Motivational Speech
Why I Didn’t Trust Myself to Make Decisions (and What If It’s All Okay?)