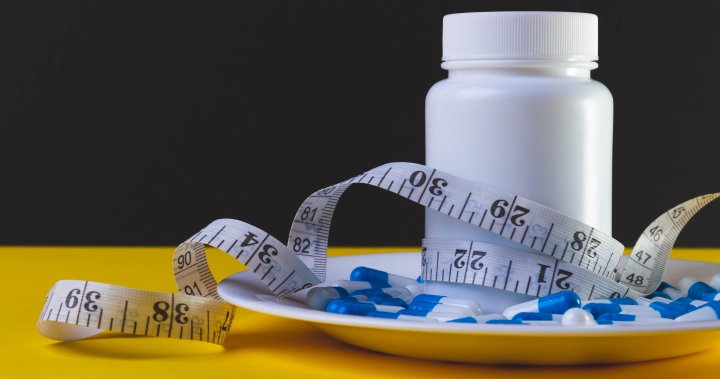 Weight-loss drugs recently recommended by the American Academy of Pediatrics (AAP) for some children may be appropriate in some cases even in Canada — and used in addition to changes in health behaviour and lifestyle, according to some experts.

The new guidelines issued in the U.S. — the first in over a decade — focus on the treatment of obesity in children aged 12 and older, as opposed to prevention.

Dr. Dina Kulik, a pediatric emergency medicine doctor in Toronto, says health problems like high blood pressure and heart disease are becoming much more prevalent, not just in the United States, but in Canada as well, amid a rising epidemic of obesity.

“That’s why these guidelines have changed (in the U.S.) … lifestyle modification is important but often isn’t enough, and therefore we need to be more aggressive,” Kulik said.

Safety tips for buying and storing your fresh food and leftovers

Obesity Canada said in a Jan. 10 blog post that the new U.S. guidelines “has been a long time coming.”

More than 10 years have passed since the first Canadian Clinical Practice Guidelines (CPG) for obesity management was published, which included advisory for both adults and children, the country’s leading obesity charity said.

The three pillars of treatment for obesity are pharmacotherapy, cognitive-behavioral therapy and bariatric surgery in Canada, according to the organization.

“Children living with obesity should be evaluated and treated early,” it added.

According to AAP, therapies such as weight loss pill orlistat, Novo Nordisk’s (NOVOb.CO) semaglutide — an injected diabetes treatment repurposed for weight loss under the brand name Wegovy — and the older, generic diabetes medicine metformin could be given in addition to changes in health behaviour and lifestyle.

Global News had reached out to the Canadian Paediatric Society (CPS) for a statement on whether the association thinks there is a need to recommend such drugs for kids, but they said they were unable to comment at the time of publication.


Kulik says in Canada, the recommendation over the years has mainly been controlled eating combined with more physical activities, yet pediatricians continue to see a rapid increase in obesity. Thirty per cent of children aged five to 17 are overweight or obese, according to 2017 federal data.

“That advice of (eating less) alone isn’t enough. Things are getting worse…so that’s why (the U.S.) is looking at these other options which have very good evidence and safety around them. Truly, these medications have been very well studied and have very mild side effects,” said Kulik.

According to Obesity Canada, three prescription medications are available for overweight and obesity treatment in the country. They include Contrave, Saxenda and Xenical, which either help the body absorb less fat or decrease appetite.

However, according to Alberta Health Services, Xenical is the only weight-loss medicine that is approved for children over the age of 12.

The charity explains on its website that a person’s health-care team may recommend one of the medications “as part of the obesity management plan, alongside behavioural changes.”

Inflation is hitting restaurants hard. What to expect when dining out in 2023

A person’s health history, Body Mass Index (BMI) and other complications arising from obesity, such as Type 2 diabetes or high blood pressure, and possible side effects would also be taken into consideration prior to such recommendations.

“Many people still have trouble with obesity even after surgeries and medication. There are strong psychological and mental health components to obesity,” Kulik said.

She explains that some children and adults who want to lose weight face more challenges than other people.

“It’s related to hormones and genetics and biology. So, it’s not as simple as well… There’s very good evidence that biology has a very large role to play,” Kulik said.


According to Geoff Ball, founding director for the Pediatric Centre for Weight and Health in Edmonton, “the traditional view of obesity is if you lose weight and that’s the goal, everything will be fine.”

“Lose weight and you’ll be healthier, but that’s not always the case,” Ball said.

“… mental health may improve as weight decreases, but we know mental health can improve independent of changes in weight (as well),” he added. “Success looks different depending on who you’re talking with.”

What kids face during that process of weight loss would commonly be anxiety, depression, and stress mainly due to the weight bias and stigma in society, according to Ball.

Obesity Canada explains on its website that weight bias “refers to negative attitudes and views about obesity and about people with obesity.”

“What’s common is the stress or the difficulty of living in a bigger body when it’s not valued,” said Ball.

Americans snack much more than they used to, and it might be affecting their health

According to Obesity Canada, experiencing weight bias “can have negative consequences for individuals, including feelings of shame and blame, anxiety, depression, poor self-esteem, and body dissatisfaction that can lead to unhealthy weight-control practices.”

“It’s not like you take a pill and everything is fine,” said Ball. “It still is predicated on making healthy lifestyle changes and providing support for other medical and mental health needs.”

When it comes to losing weight, there is no “magic wand,” he said.

“It’s not like we’re talking about a magic wand here. These are tools where evidence is growing for their application in the science of obesity. And I think as scientists, as clinicians, it’s our job to help appraise the evidence and give evidence-based recommendations to clinicians and the community and families who access care,” Ball added.

“This topic highlights the need for more efforts focused on primary prevention…where growing evidence highlights the importance of establishing healthy habits in the first few years of life in preschool-age children,” said Ma in an email sent to Global News.

Kulik says that when it comes to her patients, she always recommends parents monitor their children’s daily food intake throughout the day from a very early age.

“Our hormones can be cultured from a very young age. With young children and babies that are obese, there is a change in our hormones that sometimes leave them unable to feel really very full. It can change their insulin sensitivity, so obesity becomes much easier to attain,” Kulik said.

For that reason, she says that it’s important from “the very beginning to try to appeal to families and ensure that they’re eating cleanly as healthy as possible, and lots of physical activity.”

— with files from Reuters

‘Gen Z yellow’: Next ‘it’ colour or marketing ploy?
Why Change is Good | Motivational Video | Goalcast Motivational Speech
Mexico’s richest man lists $80M NYC mansion and it could break records
Watch the Breathtaking Moment a Family Finds Their Missing Son Lost at Sea as Part of Viral Rescue Mission
It Takes One Person To Make You Feel Like You Matter | Kyle Scheele Inspirational Speech | Goalcast