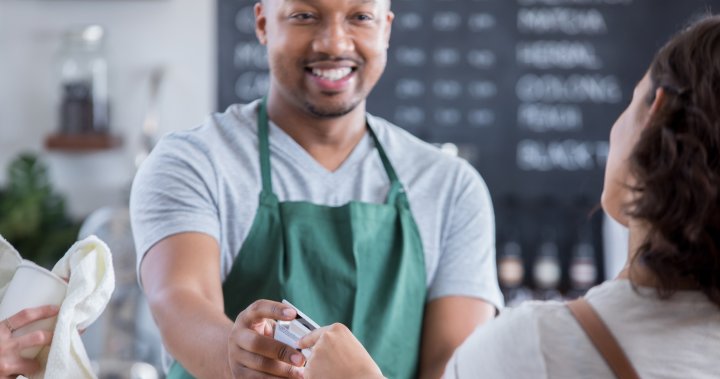 Like many other transgender and non-binary people, Asher DiGiuseppe faced barriers because of the deadname on his legal IDs.

Merriam-Webster defines a deadname as “the name that a transgender person was given at birth and no longer uses upon transitioning.” For many transgender and non-binary people, the use of one’s deadname can be harmful and invalidating.

DiGiuseppe is transgender, but before legally changing his name, he was occasionally met with suspicion from store clerks regarding the validity of his identification.

He recalled an instance when he was trying to make a purchase at a liquor store in Toronto and he had an uncomfortable interaction with the cashier.

“They wouldn’t let me buy alcohol,” he said, noting that it was because of the name, gender marker and photo on his ID.

“I had to run home and get the certificate saying my name was changing and my old birth certificate… I literally brought all of the identification that I had to the liquor store.

“It’s a little embarrassing having to provide so many pieces of identification just for one thing.”

‘Sunday scaries’ are real. Here’s how to get rid of them for good

It doesn’t have to be this way for Canadian trans and non-binary people any longer.

This month, Bank of Montreal (BMO) became the first Canadian financial institution to offer Mastercard’s True Name feature. This will allow BMO Mastercard holders at participating banks to use their preferred first name on their card without requiring a legal name change.

Many trans and non-binary people, though they use a preferred name daily, have not legally changed their name or gender marker on formal IDs, often discouraged by the lengthy, complicated (and occasionally expensive) process.

To change one’s ID usually requires both a name change and obtaining certification declaring the person’s transition from a health-care professional.


Before his name change, DiGiuseppe often felt he had to explain the details and status of his transition to strangers when they questioned the validity of his identification. This, he said, is “awkward and uncomfortable” because the strangers “often have no business in my business.”

Still, DiGiuseppe said the main reason why offerings like Mastercard’s True Name program are important is to ensure the safety of transgender and non-binary people. While there are very limited official statistics, violence against these communities is not uncommon.

“Not having your chosen name on your identification, or any cards you may have, can potentially out you in situations that are dangerous,” he said.

“I have a lot of friends and people that I know that do not have access to changing their name because of financial, family or other issues.”

For this reason, DiGiuseppe said the Mastercard True Name program is reaffirming because then “you don’t have to worry about having a legal name change.”

“It seems like such a simple thing, but it really does make a world of difference to those who don’t have that opportunity normally,” he said.

“Being able to have your name on your identification and your credit cards is privilege that people don’t necessarily think of. It’s important that everybody assesses the privileges they hold, in every sense of the word. If you’ve never had to think about the privileges you have, then chances are you have a fair amount of them.”

According to Statistics Canada, as of 2018 the country is home to approximately one million people who are LGBTQ2, accounting for 4 per cent of the total population aged 15 and older.

Femcels: Inside the enigmatic subculture of involuntary celibate women
In Honor of Groundhog Day: 5 Hilarious Times Bill Murray Made Someone’s Day a Little Extra
All the Things I Didn’t Tell the Men I Dated Because I Was Afraid
The two kinds of productivity advice
How I Stopped Worrying About Running Out of Time to Achieve My Goals