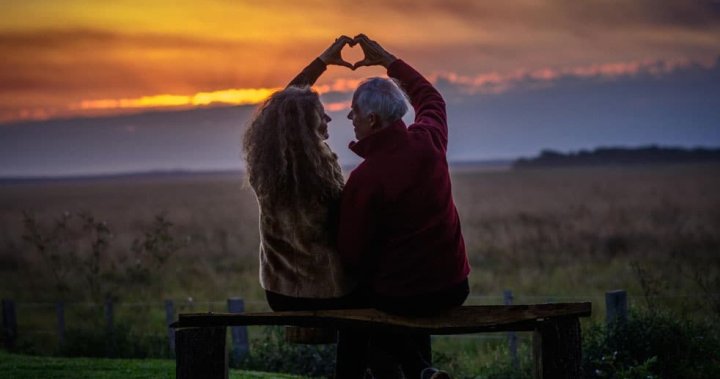 Sick of COVID-19 mandates and the pressure to become vaccinated, German, Austrian and Swiss citizens have been making their way to one of the poorest parts of Paraguay to seek refuge in a 4,000-acre gated colony.

The colony, known as El Paraíso Verde, or the Green Paradise, advertises itself as a safe haven from “socialist trends or current economic and political situations worldwide,” as well as “5G, chemtrails, fluoridated water, mandatory vaccinations and healthcare mandates.”

First established in 2016, the colony was built “with the dream of a better life and future outside of the ‘matrix’,” according to its website, but it’s now become a place where immigrants can escape all mandatory vaccinations — not just those for COVID-19.

‘Lord of the Rings’ TV show trailer: Get your 1st glimpses of Middle-earth

But while the colony’s social media pages present an idyllic escape from everyday life, there’s something potentially more dangerous at play.

According to The Guardian, Paraguay recorded the world’s highest COVID-19 death rate per capita in June 2021, but El Paraíso Verde claims on its YouTube page that the pandemic is “non-existent,” and it shares snake-oil “miracle cures” for COVID-19.

They are also telling viewers that Paraguay is free from pandemic restrictions, despite Paraguay having COVID protocols in place.

In one YouTube video, several German-speaking residents explain that their move to the colony was prompted by vaccine skepticism.

In another video, a young girl describes Germany’s public health restrictions as “madness.”

The colony remains quite small at this point — less than 1,000 residents — but the founders are aiming to grow their population into the tens of thousands, and have plans to open a “wellness” centre and a school.

Dr. Nadia Riveros, the head of public health in the Caazapá region, where the colony is located, told The Guardian that she’s concerned about a group of COVID skeptics making themselves at home in the area — especially now, when the pandemic is devastating the region for the third time, and the area only has one ambulance and no ICU beds.

“We don’t want to go through that again. I think foreigners, wherever they’re from, should have to get vaccinated before entering the country,” she said.

Paraguay’s health ministry announced in January that it will only permit entry to vaccinated individuals who present a vaccine certificate, and that they have already turned away six German residents who didn’t have the required paperwork, reports Insider.

Perhaps more concerning than its propensity for conspiracy theories, however, is the founder’s views on Islam.

In a 2018 interview posted on YouTube, Annau shared that he thinks Germans shouldn’t have to coexist with Islam, and the year before he told members of the Paraguayan government: “Islam is not part of Germany. We are enlightened Christians, and we are concerned about our daughters. We see the Qur’an as [containing] an ideology of political domination, which is not compatible with democratic and Christian values.”

In its own website FAQ, El Paraíso Verde denies being a cult.

“Definitely not … We will never position ourselves as leaders or gurus or accept such here. We are just normal people,” the site reads.

It also denies being a “haven for Nazis,” although its response doesn’t outwardly reject ties to white supremacy.

“Unfortunately, today this word [Nazi] is abhorrently and reprehensibly misused to shove those who think differently politically into a corner,” the website says.

“The word Nazi is instrumentalized in order to enforce equalization of opinion with unworldly, extremely left-wing multi-cult ideologies,” it added.

According to the EU Observer, El Paraíso Verde is not the first colony of its kind to gain traction during the pandemic.

The news site reports that 2,500 Germans and Austrians have created a community on Bulgaria’s Black Sea coast, full of “corona-truthers” and a “hodgepodge of anti-government conspiracy theorists.”

In a Feb. 5 statement on the El Paraíso Verde website, Annau wrote: “We are not anti-vaccination, but advocates of the right of choice over the substances someone gets into their body. Everyone must do their own research to determine if they want to accept the vaccinations currently being offered into their body.”

2:39
Coronavirus: The psychology behind COVID-19 denial

A Simple Plan to Overcome Self-Doubt and Do What You Want to Do
Tony Robbins Life Advice Will Leave You Speechless (MUST WATCH)
Podcast: The Habits You Take for Granted
5 Meditation Retreat Practices to Try at Home for a More Mindful Life
The Inspiring True Story of a Martian Invader | Cindy Healy | Goalcast