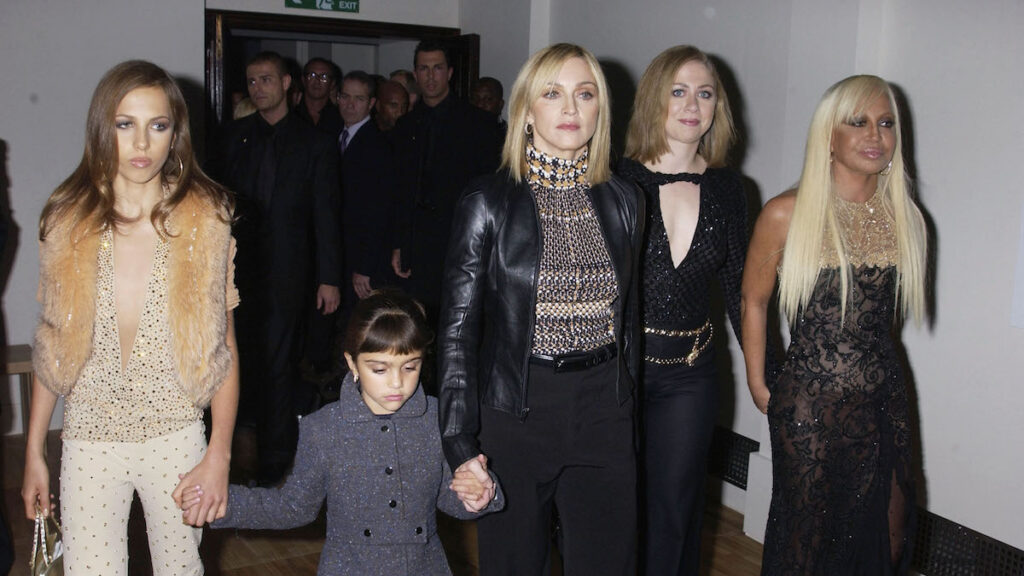 Time and again, Madonna has proved herself to be a daring troublemaker, someone so tenacious and spunky she’s made a career out of pushing boundaries and doing the unthinkable. However, within the confines of her own home, it’s the complete opposite.

Nothing encapsulates this contradiction more powerfully than Madonna’s relationship with her oldest daughter, Lourdes Leon. Everyone has issues with their parents -it’s the nature of family, after all – but Hollywood superstardom, its exorbitant luxuries, and invasive fame constitute a recipe for disaster, really.

If you’re too soft on your child, you’re raising them to be bratty and entitled, essentially contributing to the upsurge of nepotism in the industry. On the other hand, if you’re too restrictive and authoritative, you risk jeopardizing their development and causing them to act out in rebellion.

Lourdes and Madonna fall in the latter category, and it became such a strict and unbearable environment that Lourdes had to leave her mother and carve out her own path in the world. Here’s how their relationship evolved:

As unconventional and sensational as Madonna has generally appeared on our screen, she took a rather traditional approach to raise her eldest. In fact, her framework was so harsh and domineering that it failed to be functional, and Lourdes felt like she was missing out on a lot of fundamental exercises. Speaking to Interview magazine, Lourdes said, “The list of things I wasn’t allowed to do is never-ending.” Activities as basic as eating cookies or watching TV felt like genuine privileges from Lourdes’ perspective as she wasn’t allowed to do them under Madonna’s roof.

Lourdes, who also goes by her stage name Lola, said she understands her mother’s predicament in that she wanted her daughter to gain an understanding of what it takes to maintain such an opulent lifestyle. Madonna didn’t grow up with any money; therefore, she felt like it was her duty to carefully orchestrate how her daughter was being brought up. “We don’t get any handouts in my family,” said Lourdes. The 25-year-old added that while she does admit she has an enormous advantage in society, her mother was determined not to let her grow up like every other spoiled celebrity kid. “I think my mom saw all these other kids of famous people, and she was like, “My kids are not going to be like this.”

I feel like if your parents pay for things, then it gives them leverage over you. My mom is such a control freak, and she has controlled me my whole life. I needed to be completely independent from her as soon as I graduated high school.

However, there is a fairly severe drawback to such a mentality. If you are so caught up in teaching your children about sacrifices and struggles and hold their privilege over their heads at all times, they’re going to latch onto the wrong takeaway. Lourdes said her inherited wealth just felt like a form of “control”: yes, it extended so many opportunities her way, but it also trapped her in her mother’s shadow. As long as Madonna was funding Lourdes’ lifestyle, she would have absolute influence and “leverage” over her daughter’s choices, and that’s a dangerous territory to find yourself in as an adolescent. This is why Lourdes worked tooth and nail to break away from Madonna’s possession and become “independent as soon as it was possible. She sponsored her university education by herself and refused to let her “control freak” of a mother drive her future.

She still loves her mother and admires her work ethic

While Lourdes’ standpoint is totally valid, it doesn’t mean Madonna’s reasoning doesn’t hold up. Madonna is a global icon with millions and millions of dollars to her name, but she has and continues to fight for her position every step of the way. Madonna said in a 1998 interview that while she does “spoil” her daughter, she has her “boundaries.” The interview was done when Lourdes was only two, so it was likely before any of the “controlling” had allegedly begun. Still, Madonna’s philosophy has remained intact more or less; she wants to teach her offspring about the limits to indulging oneself and to follow a life of discipline and compromise whenever possible.

In a 2012 interview, Madonna reiterated her point and added that she’s actually not being tough enough.

I think I am [a tough parent], but honestly, I don’t think I’m as tough as I should be. I think I need to be maybe tougher. It’s hard though. It’s hard, every day is a negotiation.

It’s a tightrope every day, and she has to be careful about how she interacts with her children. You want to coddle them as much as you can when they’re young, but you also want to enable them to be independent. “Every day is a negotiation,” said Madge.

Ultimately, for every flaw in Madonna’s parenting framework, Lourdes is beyond grateful to have her mother in her life. In a world so shallow, deceitful, and vapid, Madonna instilled in Lourdes a passion for the arts and a killer work ethic. “She said something to me recently that has really stuck with me,” said the model. When Lourdes had been feeling insecure about her career and was worried she wouldn’t be able to make enough money to live well, Madonna told her to forget about “the money or your face or how hot you look.” She said it’s all about “what you’re bringing into the world and what you’re going to leave behind.” As long as Lourdes could abide by this sage advice, she would find peace and continue to move up in the world.

[My mom] probably the hardest worker I’ve ever seen. I didn’t inherit that, unfortunately. I inherited her control issues, but not her work ethic.

Celebrate the ups and downs

Madonna and Lourdes’ dynamic is chaotic, to say the least, but its complexities are what make it so fascinating and substantial. Of course, you’re not going to like everything about your mom — or your dad for that matter — but as long as you can still have a connection with them and can occasionally relate to them and their journey, it’s okay. You’re already doing better than most mother-daughter duos out there.

Lourdes is well acquainted with the ups and downs she faces with Madonna, but instead of completely breaking off her bond with her mother, she has learned to embrace them and treat them as a given. She prioritized herself when it came to her future and did everything she needed to do to become independent and stand on her two feet – which was Madonna’s objective, to begin with. At the same time, she’s endlessly inspired by her mother and recognizes that everything she has is due to the Material Girl’s hard work.

Learn from your past

He Was Fatally Beaten by Memphis Police — Now People Around the World Are Sharing #SunsetsForTyre in His Honor
In Honor of Groundhog Day: 5 Hilarious Times Bill Murray Made Someone’s Day a Little Extra
Podcast: What to know about “novelty hunting.”
I Have 2 Questions For You (Motivational Video) Fearless Motivation
Haute couture goes ‘surreal’ and upside-down at Paris fashion show