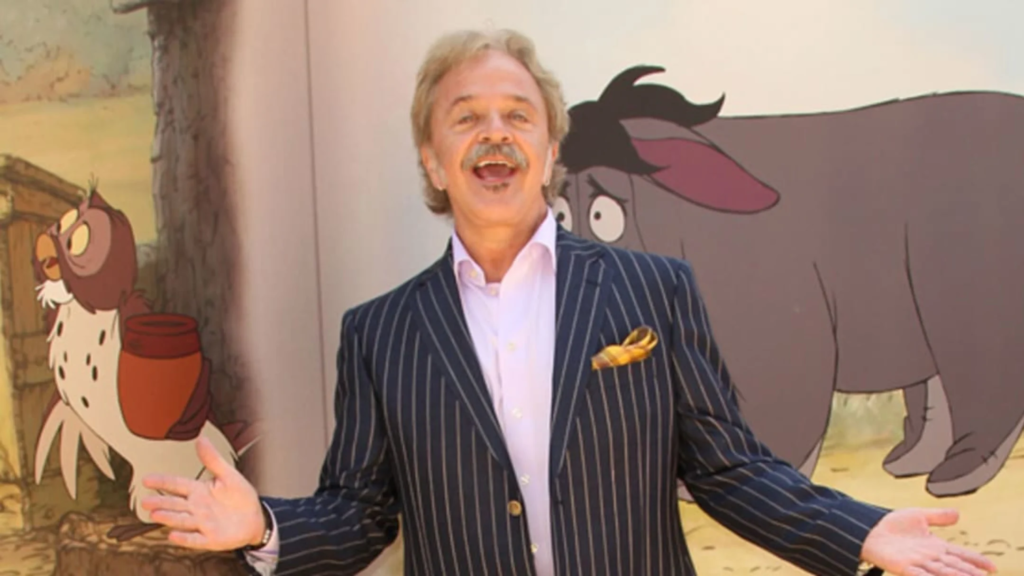 However, not only does he use his vocal chops to voice the beloved bear on-screen, but he also lends that signature voice off-screen as well.

Each year, hundreds of sick kids in hospitals receive a phone call from Winnie the Pooh – with a little help from Cummings and the Make-a-Wish Foundation.

Cummings has partnered with the Make-A-Wish Foundation for the past several years to grant wishes to children with life-threatening illnesses. In doing so, he is making a real difference in these kids’ lives.

According to the Make-A-Wish Foundation, wishes have the power to change the odds for children fighting illnesses. “A wish come true helps children feel stronger, more energetic, and more willing and able to battle their critical illnesses.” For many, the wish marks a turning point in the battle against their illnesses.

READ MORE: After Beating Cancer, This Woman Lost 243 Pounds To Be There For Her Son

For others, the wish may not change the outcome, but it does have the power to chase away the shadows and let in the light, even if just for a little while.

“One child that I called was dying of cancer,” Cummings told How Stuff Works. “Pooh called her, and she started to giggle. Her mother was in tears, just crying. She said that was the first time her daughter had smiled in six months.”

And she’s not the only one. Cummings has racked up thousands of airtime minutes with sick kids, brightening up their days one “helloooo there!” at a time.

Cummings also reaches out to children who aren’t sick using the beloved voice of Pooh Bear. In speaking with How Stuff Works, he recalls a call he made to a young boy with autism. “He asked me to do all the voices, even small parts that I had done — extraneous characters.”

Even though he had never attempted some of the voices previously, he gave it his best shot.

Cummings shared that he spent over an hour speaking with the boy. When he was done, the boy’s mother got on the phone, crying. She told him that her son doesn’t speak. Surprised by this, Cummings responded, “He’s been speaking for over an hour.” To which she replied, ‘No, my son doesn’t speak — he’s never spoken this much before.’”

As for Cummings, he is just grateful that he has the opportunity to do something to help children and their families.

He says, “Just bringing a respite, however brief, and perhaps a smile and giggle or two means so much to the child and their family. I consider it a true blessing to be able to do that.”

It’s Not Just Winnie The Pooh, There’s Tigger Too!

Jim Cummings has been an icon in the world of film and television for the past four decades. He has stepped behind the mic on nearly 600 projects, bringing copious characters to life.

His credits include Taz (the Tazmanian Devil), Disney’s Pete, Darkwing Duck, Dr.Robotnik from “Sonic and the Hedgehog,” and Ray from the “Princess and the Frog.” Other credits include the voice of Hondo in the “Star Wars” television series, and assorted characters in “The Bee Movie,” “The Little Mermaid,” “Pochahontas,” “Curious George,” “The Simpsons,” and more.

In addition to voicing Winnie the Pooh, Cummings is also the voice behind the loveable and bouncy T-I-double-Guh-err. Tigger will often take part in the phone conversations with sick kids alongside Pooh.

Jim Cummings sums up just what those phone calls mean to the kids when he says, “No matter how old you are…Winnie the Pooh’s voice brings comfort to everyone.” We have to agree.

Because after all, sometimes the smallest things really do make the biggest impact.