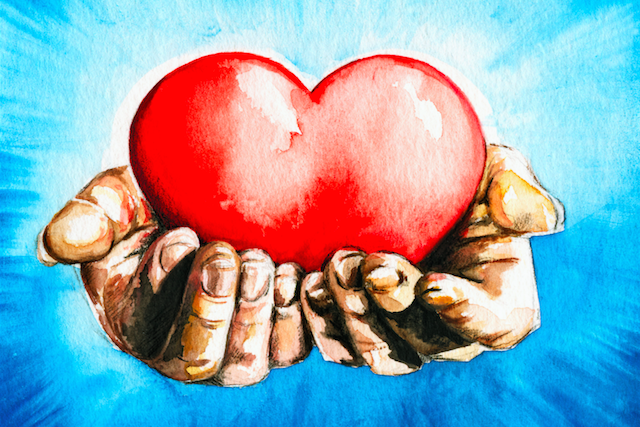 “If you feel like you’re losing everything, remember that trees lose their leaves every year and they still stand tall and wait for better days to come.” ~Unknown

Years ago, I was a young housewife, raising two children, and still practically a child myself. When my mother fell ill, we realized it was chronic and I felt the blow.

Mom had been my closest friend and supporter throughout my entire life. I was still her baby, even though I had babies of my own. And it was a point of pride with me.

As Mom gradually diminished into a shell of her former self, I tried to help take care of her. There were months of dialysis, hospitalizations, home health care, and finally, both of her legs were amputated.

To say this was devastating is an understatement. Mom had always been active, a go-getter, and a great tennis player. And how she did love wearing her pretty shoes!

My dad, brothers, and I grieved with Mom, along with everyone else who loved her. The core of our family was heavily damaged. We did not know which way to turn.

As time passed, the wonderful nurses of East 3 showed us how to care for Mom. We brushed her teeth, fixed her hair, tempted her with treats, and whatever else we could do to make her happy.

Nothing worked. As Mom grew sicker, we finally realized what was coming. The overwhelming sense of loss when she passed was indescribable.

It was a double loss for me. Not only did I lose my mother, but also my best friend. How would I survive without her?

Would my babies remember her? Would I forget her? What would happen to our family?

However, the loss pulled my family together and we planned a funeral, burial, and dealt with the onslaught of family and friends.

On the day of her funeral, I informed my dad I wanted to go to nursing school. He was not encouraging. In fact, he informed me how much he hated to hear it because he had seen how hard nurses worked and the way they were treated.

I was adamant. Even though I was not known for my science knowledge or my people skills, I went to school.

Along the way, I experienced another pregnancy and the birth of a daughter. The following day, I was back in class to take an Anatomy and Physiology test.

My test score was 86. I discovered I was an extremely determined individual. Nothing was going to stop me from getting that nursing diploma!

After four years of classes and clinical rotations, I graduated as co-salutatorian of my class. Thank heavens for my husband, who kept the home fires burning while I studied!

Upon graduating, I went to work on South 10, in Oncology, the treatment of cancer patients. We had a lot of patient overflow from other floors. So the clinical experience during my time there was amazing!

However, the challenges of being short-staffed, overwhelmed with too many patients and insufficient support, did not help my anxiety level! As a result, I did not feel that I handled my job very well.

I was nervous around others in the workplace, even though I wanted to help them. It was terrifying to think I could make a mistake and end up harming someone or lose the nursing license for which I worked so hard.

And I did make some mistakes. Thankfully, none that resulted in significant harm. Of course, this did nothing for my fledgling confidence and anxiety.

I thought about quitting. I hated feeling trapped. In the mornings before work, I would throw up from nervousness.

I was outside my comfort zone. But I kept returning to work. After the schooling, hours spent studying, and monetary investment involved, how could I throw it all away?

Undoubtedly, I was scared. It was horrifying to feel so frightened in such a noble profession. The anxiety almost crippled me. I became fatigued. Irritable. My self-esteem, which had been a struggle my entire life, was at an all-time low.

Then came a very busy day when I was nearing the end of my shift. I was mentally and physically exhausted and looking forward to going home soon.

When the charge nurse informed me that I was getting an end of shift transfer, I wanted to cry. In this particular case, I needed to perform end-of-life care. And would also have to complete a ton of paperwork.

The patient was an elderly man coming from MICU (Medical Intensive Care Unit). His end was near, and he was coming to me to die.

Obviously, I was not thrilled to be dealing with such a patient at the end of the day. Notably, my attitude was not good.

Yet I had made an oath to care for others and I was committed to that oath.

So I did not show my bad attitude to anyone and instead hid it inside my heart.

Shortly afterward, the patient was transported to his new room on South 10. He had a nasogastric tube going into his nose, down his esophagus, and into his stomach. It was to suck out the toxins and poisons building up in his system.

Also present was a catheter, which drained the urine from his bladder.

As the man’s family wanted to continue feeding him, IV nutrition was still in place. This meant blood sugar checks were to be performed four time a day. These checks measured the sugar content in his bloodstream to see if it was a healthy level.

In other words, my new patient required a lot of care.

The man’s wife and daughter were with him and not quite ready to let him go. But the patient had been made a DNR. (Do Not Resuscitate). This meant no life saving measures were to be used.

It was simply his time to go.

The patient was unresponsive, and the daughter convinced her weary mother to leave for a while and get some rest.

Meanwhile, I monitored the patient, kept him comfortable, and answered his daughter’s many questions carefully and thoughtfully.

Unbidden, this was a reminder of a painful situation years earlier when it was my mother in that bed. At that time, it was me depending upon the nurse to take care of my dying mother.

Those nurses had offered comfort. They had helped me cope with Mom’s pain and end of life. Now, it was my turn to do the same thing for someone else.

I was with another patient when my new patient’s emergency alarm went off. I walked out into the hallway where the charge nurse met me and instructed me to go into his room. Sure enough, my new patient was gone.

His daughter was beside him when he left his tired body behind. She looked so forlorn and alone. My instinct was to reach out and give her a hug.

She hugged me back and kept holding onto me as if I were her lifeline. I suppose I was in that moment.

So for a long time, I sat and listened to her while she talked. She told me about her dad and how much she loved him

When I eventually rose to leave the room, the daughter said to me, “God brought my dad to this floor to die because he was bringing us to you.” Then she added, “Thank you.”

Her words filled me with pride. Sometimes, you just instinctively know the right words to say in a situation and when to listen. I learned that I have this skill in the very darkest moments of life.

And it is a skill of which I am very proud.

With my self-confidence restored, I, once again, was proud of myself and of my profession. I had eased one of the most painful times in a daughter’s life and brought her comfort.

I had come full circle.

Susan Whited, AKA The Joyful Diva, is a registered nurse and blogger for joyamongchaos.com, where she writes about joyful living in a chaotic world, solving problems that hinder joy, and self-improvement. She is very proud of her recent work and welcomes comments and opinions about her work.

This Is What Self-Care Really Means, Because It’s Not All Salt Baths And Chocolate Cake
The two kinds of productivity advice
Why I Didn’t Trust Myself to Make Decisions (and What If It’s All Okay?)
Waitress Soothes “Fussy and Teething” Baby So Mother Can Finish Her Meal
Domino’s Employee Delivers a $12 Order – But the Unusual Tip He Received in Return Takes Him by Surprise