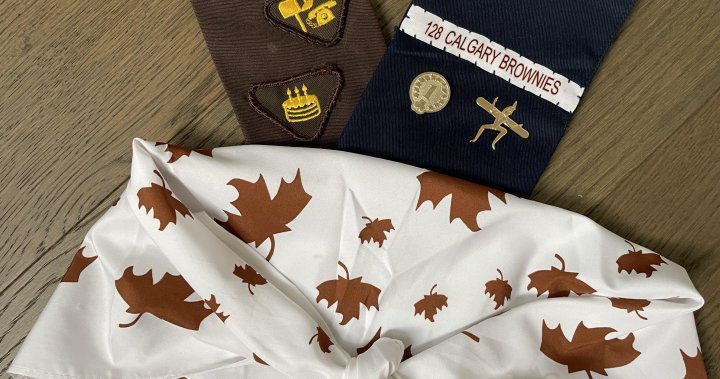 Girls Guides of Canada has released the two branch names that are in the running to replace the Brownies.

It was announced earlier this month that Girl Guides of Canada (GGC) will change the name of the Brownies branch for seven- and eight-year-old girls in an effort to be more inclusive.

“We have heard from racialized girls and former members that the name Brownies has caused them harm. Some do not want to be part of this branch because of the name,” read an email sent out to volunteers at the time. “Some skip this branch or delay joining Girl Guides until after this branch.

The ‘Brownies’ are no more. Why Girl Guides of Canada is changing the name

“We cannot continue to use a name that causes harm to any girls.”

On Tuesday, Guiding members learned the two names that are being considered as a replacement, and were invited to begin the voting process.

The first contender is “Embers.” “Embers may be small but they’re full of potential! They have energy within them just waiting to be unleashed, and when they work together, they can ignite a powerful flame,” the description reads.

The second contender is “Comets.” “Comets inspire as they travel through space, reflecting light and boldly blazing a trail. If you keep your eyes on the night sky, they might even surprise you with a meteor shower,” the description reads.

GCC says girls can explore more about comets and embers by participating in a series of activities and games within their Guiding units before placing their vote online.

The girls can vote during a unit meeting or at home with the help of a caregiver or parent.

Adult members of GCC are also encouraged to vote.

“As the leading organization for girls and women in Canada, it’s critical that we listen to girls’ voices and take action when they speak up,” GGC CEO Jill Zelmanovits said in a press release earlier this month.

“We are changing the name of this branch to further remove barriers for belonging for racialized girls and women. It is clear that this change is the right thing to do – Girl Guides cannot be represented by a term that causes any girl harm.”

The organization also shared a video at the time detailing the reason behind the name change.

The new branch name will be announced in January of the new year, once all GCC members have had a chance to cast their votes.

Four Priorities for Total Rewards Leaders in 2023 (i4cp login required)
This Is What Self-Care Really Means, Because It’s Not All Salt Baths And Chocolate Cake
The Walt Disney Company to mark 100th anniversary with new experiences
How I Stopped Worrying About Running Out of Time to Achieve My Goals
Beyond Dry January: 5 Benefits of Extending Your Break from Alcohol