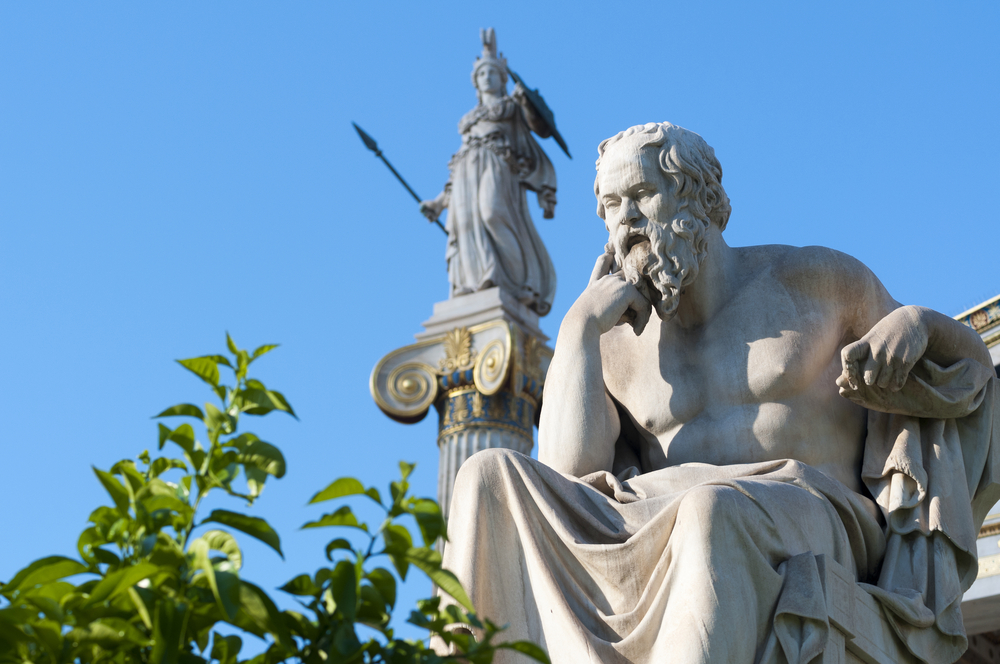 It’s a funny thing, isn’t it, that the word “pride” is such a positively weighted term, while the word “proud” is usually seen in the pejorative, at least when applied as an adjective. Let’s break down “proud” first, the first definition of which, according to the Merriam-Webster Dictionary, is: “having or displaying excessive self-esteem.”

A subsequent definition of the word is more positive and more on the mark for our discussion today; it reads: “having proper self-respect.” Moving to the word “pride,” we again find the first definition a negative one, reading: “inordinate self-esteem; conceit.” But the second definition is spot-on for the sense of pride we should all be so lucky to feel: “a reasonable and justifiable self-respect.”

RELATED: Ed Sheeran’s Most Inspiring Quotes and Lyrics to Live a Happier Life

With true pride in oneself also comes humility; with a proper sense of pride comes an immense regard for others. People who are reasonably and justifiably proud of themselves feel that way because they have worked hard in life to become their best selves, and they work hard to help others live their best lives, too.

In short, anyone who is reasonably and validly possessed of a sense of pride is someone who can also be an inspiration. Whether you are already there yourself, you are working on your journey toward becoming a person you are proud of, you’re trying to help someone else, all of us can benefit from reading a few great quotes that will inspire a sense of pride that were said or written by proud, inspirational people. And no, we don’t use the word “proud” in a negative sense at all there!

People have had a pretty good sense of the virtues of self-esteem balanced by humility for many thousands of years, it turns out. Just consider a few quotes about pride from our ancient forebears.

“Learn from your misfortunes not to be too proud.” – Ancient Greek Playwright Sophocles

“Success tends to create pride and blindness in the hearts of men, while suffering teaches them to be patient and strong.” – Ancient Greek Philosopher Xenophon

RELATED: Euphoria Quotes: The Show’s Most Biting and Powerful Quotes – And What They Say about You

“Most powerful is he who has himself in his own power.” – Ancient Roman Philosopher Seneca the Younger

“It’s not what happens to you, but how you react to it that matters.” – Ancient Greco-Roman Philosopher Epictetus

“When pride comes, then comes disgrace, but with humility comes wisdom.” – Proverbs 16:5

Little surprise that so many writers have shared so many great quotes abut pride – after all, wordcraft is their life’s work.

“Pride helps us; and pride is not a bad thing when it only urges us to hide our own hurts—not to hurt others.” – English Writer George Elliot (Mary Ann Evans)

“There is this paradox in pride — it makes some men ridiculous, but prevents others from becoming so.” English Writer and Priest Charles Caleb Colton

“Generosity is giving more than you can, and pride is taking less than you need.” – Lebanese-American Poet Khalil Gibran

“My pride fell with my fortunes.” – Playwright William Shakespeare

People who have achieved great positions in their societies yet still managed to stay humble had much to be proud of indeed, so their words on pride are to be heeded closely.

“Nothing is more scandalous than a man that is proud of his humility.” – Roman Emperor Marcus Aurelius

“Undertake not to teach your equal in the art himself professes; it savors arrogancy.” – President George Washington

“The dictator, in all his pride, is held in the grip of his party machine. He can go forward; he cannot go back. He must blood his hounds and show them sport or else, like Actaeon of old, be devoured by them. All-strong without, he is all-weak within.” – Prime Minister Winston Churchill

“I believe that, young or old, we have as much to look forward to with confidence and hope as we have to look back on with pride.” – Queen Elizabeth II

“As Americans, we can take enormous pride in the fact that courage has been inspired by our own struggle for freedom, by the tradition of democratic law secured by our forefathers and enshrined in our Constitution.” – President Barack Obama

We look to celebrities with the same reverence reserved for venerable statesman, acclaimed artists, and historical figures. Sometimes, famous people share some pretty good quotes, though, so why not let them speak about pride?

“Humility was considered a great virtue in my family household. No show of complacency or self-satisfaction was ever tolerated. Patting yourself on the back was definitely not encouraged, and pleasure or pride would be punishable by death.” – British Actor Hugh Laurie

“A man’s pride can be his downfall, and he needs to learn when to turn to others for support and guidance.” – TV Host and Survivalist Bear Grylls

RELATED: 128 Leadership Quotes to Inspire You to Become a Better Leader

“I would say I’m a nice person, and I take pride in the fact that I treat everyone really well, so there’s no reason for anyone to ever come at me because I only want the best for everybody else.” – Singer Miley Cyrus

“I take some pride in representing myself exactly how I would like to have my son remember me to his kids.” – Actor Robert Downey, Jr.

“Be humble, don’t have too much pride and think you’re too good for anything.” – Radio Personality Angela Yee

Some of the most memorable quotes that can inspire a sense of humble pride come from the silver screen.

“We’re in a fight. You boys are doing all that you can do. Anybody can see that. Win or lose… we gonna walk out of this stadium tonight with our heads held high. Do your best. That’s all anybody can ask for.” – Remember the Titans

“My pride is the only thing that they can’t take from me.” – A Knight’s Tale

“I have nothing left, nothing to give you. I have no pride, no dignity. No money. I don’t even know how we’ll make a living, but… I promise I’ll love you the rest of your life.” – Tombstone

“Do not punish yourself for feelings of vanity, simply learn to control them. It is an affliction common to all.” – Superman (1978)

13 Self Worth Quotes to Help Build Your Confidence & Self Esteem

Domino’s Employee Delivers a $12 Order – But the Unusual Tip He Received in Return Takes Him by Surprise
Haute couture goes ‘surreal’ and upside-down at Paris fashion show
Why Change is Good | Motivational Video | Goalcast Motivational Speech
Deliveryman Arrives to Pick Up an Order From a Bakery – Breaks Down When He Finds Out Why His Own Name Is on the Package
‘Gen Z yellow’: Next ‘it’ colour or marketing ploy?