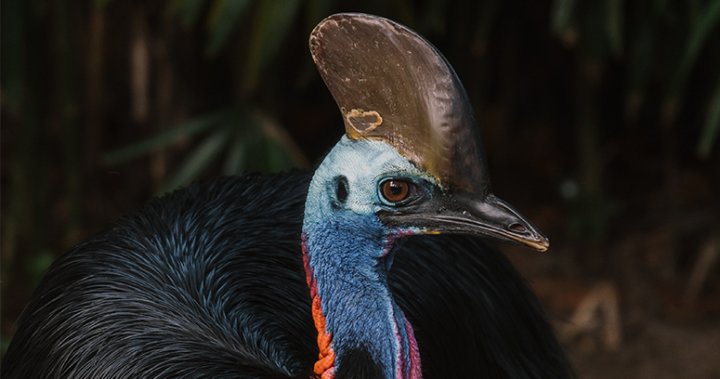 A number of exotic animals are illegal to own in Canada and can vary from province to province.

Looking for an animal companion that’s outside of the mainstream compared to cats, dogs and goldfish? There are certain animals that should not be considered when looking for a pet due to animal welfare and cruelty, environmental impact and public health and safety.

It’s important to do your research and learn what’s allowed before bringing home any pet. With this in mind, here are some exotic animals that may be illegal to own in Canada.

These exotic birds are banned in BC. Cassowaries are large birds originally found in New Guinea and Australia. They’re the third-largest bird, after ostriches and emus. They might look pretty, but these birds can be violent when provoked, and have caused fatal injuries to dogs and humans. No wonder they’re thought to be one of the world’s most dangerous birds.

See also: The cutest hypoallergenic dog breeds for the allergy-prone this spring.

Despite seeing these geese everywhere, you can’t take one home with you. Canada’s Migratory Birds Convention Act prohibits anyone from keeping wild birds, including these geese. Plus, they’re not the cleanest animals and their feces is known for spreading bacteria, so it’s likely better that you don’t keep them as pets.

You may also like: Long-term pet owners may have a slower cognitive decline.

Alligators and crocodiles are widely banned as pets throughout Canada — which isn’t surprising, given that these reptilian predators aren’t exactly the cuddliest companions.

Related: Travelling with your pet? Air Canada has banned pets from baggage hold until mid-September.

The logistics of having an elephant for a pet are daunting — a full-grown African elephant, for example, can weigh up to 12,000 pounds, and requires between 200 to 600 pounds of food per day. In fact, there are only four zoos in Canada that still have elephants.

You may also like: Dogs can help people through the grieving process: research.

The killer whale is another animal that’s banned province-wide in Ontario. It absolutely cannot be owned as a pet — although the logistics alone should be enough to discourage anyone. According to the Ontario Society for the Prevention of Cruelty to Animals Act, it’s prohibited to breed or acquire killer whales.

Related: 10 questions for anyone who thinks they’re ready to own a pet.

In 2013, when two young boys in New Brunswick were strangled by an escaped African Rock Python that was being kept as a pet, it highlighted the dangers of owning exotic pets. That particular species, in fact, remains illegal to own in that province.

See also: My story: I can’t stop grieving my dog, and that’s ok.

Monkeys, chimpanzees, orangutans, gorillas and other primates are typically illegal to own as pets in most parts of Canada. The illegality of owning monkeys was emphasized after the infamous “IKEA monkey” incident in 2014, when a Japanese macaque escaped from its owner’s car and wound up running wild in a Toronto-area IKEA store.

While regulations are inconsistent throughout Canada, the giraffe is one of the banned species that cannot be owned as a pet in British Columbia. Realistically, though, where would you even keep this thing?

See also: How much owning a dog actually costs.

Hyenas are illegal in various parts of Canada, including BC, and it’s easy to see why — they make terrible pets. Hyenas cannot be trained, and aren’t exactly the most docile creatures, as their natural inclination is to roam large areas in packs, attacking smaller animals and eating them raw. That kind of behaviour is definitely frowned upon at the dog park.

You may also like: Do dogs watch TV? Plus 9 other questions about our pets we need answers to.

While kangaroos have been owned and bred in Canada, tougher regulations are preventing kangaroos being kept as pets. However, other types of Australian marsupials — such as sugar gliders — are generally legal to own as pets (though be sure to check the rules for your municipality).

You may also like: 15 of the best customized gifts for dog lovers.

While tigers and leopards are illegal to own in some provinces, that isn’t the case across the country. British Columbia, for example, bans leopards and tigers, while Ontario has no legislation in that regard (though they are prohibited in the city of Toronto). Chances are, if you speak with your local municipality about keeping a tiger in your backyard, you’re bound to run into some issues.

Much like leopards and tigers, lions are not permitted to be owned as pets in British Columbia, but they are actually legal in some other provinces. While it may be legal in your province, many municipalities ban the big cats.

You may also like: Can cats eat cheese? Plus 9 other foods your feline can and can not eat.

They may look cute, but pandas are not pets. Once considered an endangered species, pandas are still a vulnerable species.

Related: All the zodiac signs as dog breeds.

When it comes to pet ownership, Poison Dart Frogs are not allowed in some places in Canada (they are, for example, on the list of British Columbia’s banned species). However, amphibian aficionados have been trying to change that, pointing out that these frogs are not as toxic as their name would lead you to believe.

Related: 45 cute mixed dog breeds you need to know about.

It’s illegal to keep a rattlesnake in certain Canadian provinces (in BC, for example, it’s “illegal to harm, capture or kill a rattlesnake”) but that isn’t necessarily the case throughout the country.

Related: The 15 dog breeds most likely to run away.