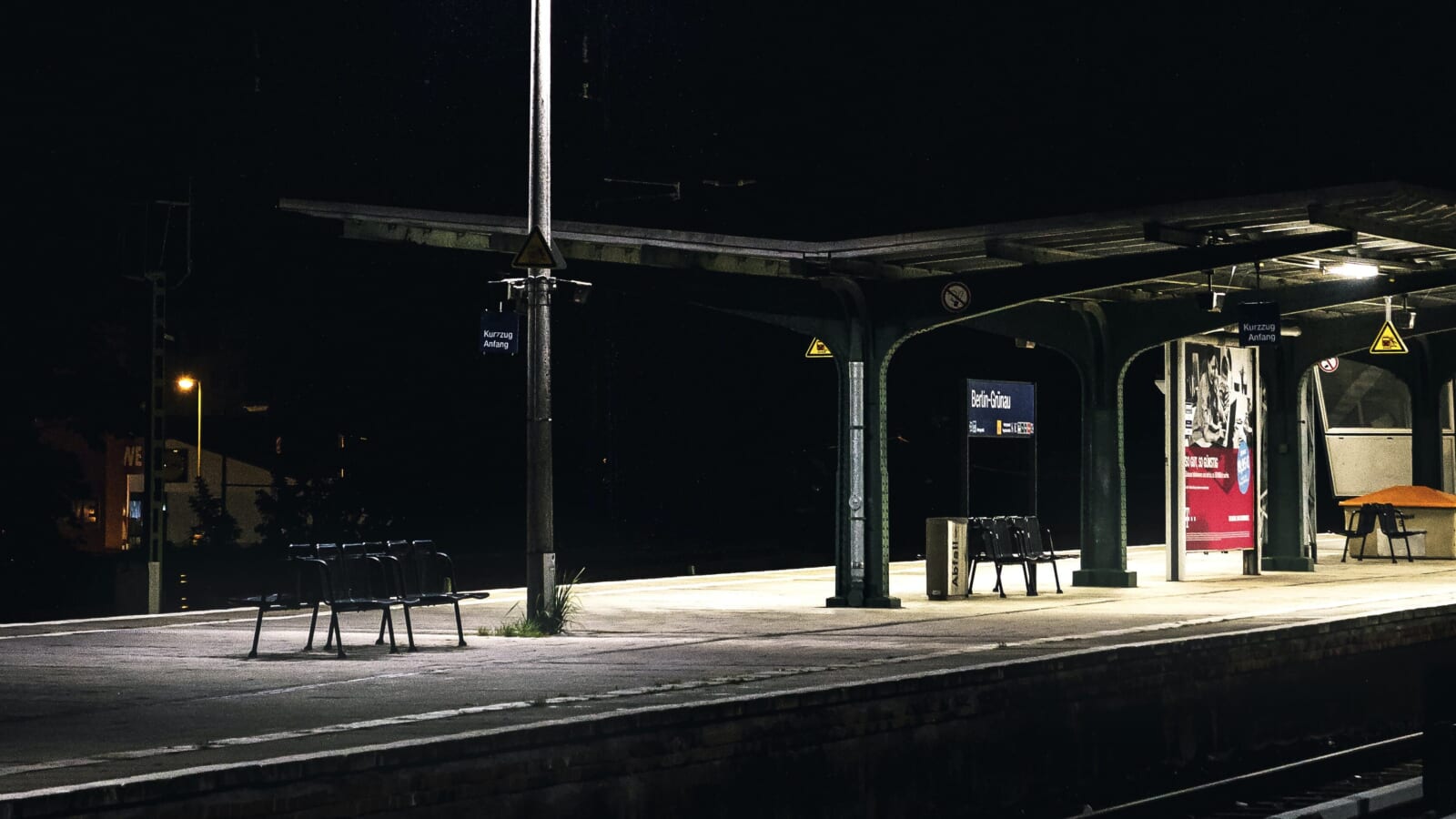 Mark Twain once said, ”One learns peoples through the heart, not the eyes or the intellect.” In the middle of the night in London, one young woman learned this lesson first-hand.

21-year-old Nicole Sedgebeer missed the last train out of Euston Station, which meant she wasn’t able to get home that night. She planned to wait inside the station, but when she arrived, she found that it had already been locked up. Stuck and stranded, she tried not to cry.

Why A Homeless Man Approached A Woman At A Train Station

That’s when a man named Mark approached her, ready to help. Mark was well-versed in what to do when forced to spend a night on the streets because Mark was homeless.

“I hope this story makes people look twice when they see a homeless person,” Nicole shared in a post online. “Last night I missed my last train home and when I finally got to Euston to wait till the morning, the station was locked. Just as I was about to burst into drunken tears I met my homeless friend Mark.”

When Mark learned of Nicole’s situation, he knew of a place where she could stay for the night. A ways away was a 24-hour cafe where she could wait until the station opened at 5 a.m. But it was late, and Mark didn’t want his new friend to walk alone in the dark.

“He said he would take me to a cafe that was open as it was too dangerous to walk by myself,” Nicole wrote. “He left me after a coffee and a chat and explained that he had to go get his sleeping bag but he would be back at 5 to walk me back to the station. (Me being a typical human being I didn’t believe he would come back).”

But Mark is a man of his word, and he did show up to walk Nicole, even if he was a little late. “It got past 5 and he was a no show. As I got round the corner, my homeless friend Mark was running down the street towards me,” Nicole said.

Mark informed her that his sleeping bag was far from the cafe and he had to take a bus in order to get back to Nicole in the morning. Still, he stuck to his word and showed up.

“Not only did he turn up, but he had to get a bus to come get me. This man, who I probably would have avoided eye contact with if he asked for spare change, completely changed such a negative event into the most eye opening event in my life,” Nicole said. “Mark, you are one special man.”

Nicole posted about the event to her social media account, and it quickly got a lot of love.

“Homeless doesn’t mean heartless… When you have nothing, a conversation is everything…” commented one person.

Another praised Mark for his kind heart. “What a beautiful thing to do, people should never underestimate the homeless, a true gentleman, well done Mark, not a lot of people would have done this, glad you got home safe,” wrote a user.

Nicole was in a dire situation, and Mark dropped everything to help her. Even without his own shelter to sleep in for the night, he made sure Nicole had somewhere to go, and made sure she got their safely. Nicole and Mark proved that unlikely friends can be the best kind.

LOOK OUT FOR OTHERS

Lend a helping hand to people who are stuck in tough situations.

Podcast: What to know about “novelty hunting.”
Why I Didn’t Trust Myself to Make Decisions (and What If It’s All Okay?)
I Have 2 Questions For You (Motivational Video) Fearless Motivation
How to Un-Stub Your Toe on the Nail of Life | Eric Bailey Motivational Speech | Goalcast
Waitress Soothes “Fussy and Teething” Baby So Mother Can Finish Her Meal