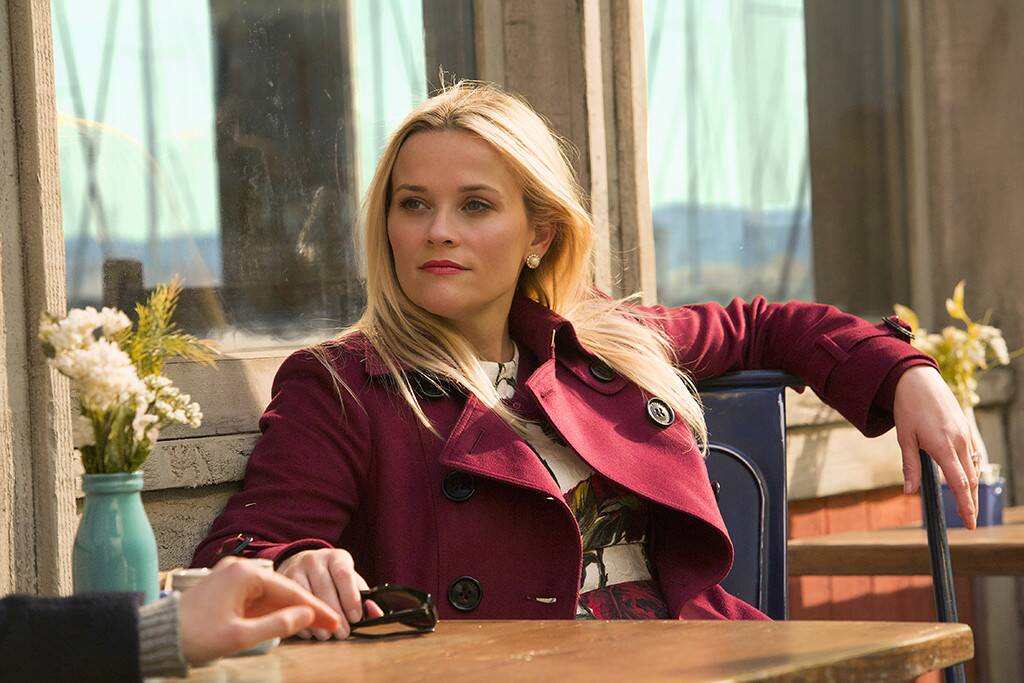 You don’t get to Reese Witherspoon’s A-list position without picking up a few lessons along the way.

The actress, entrepreneur and producer is one of the hardest-working women in show business. She may have come into prominence as a bubbly ingénue from the south who could only act in certain types of roles, but she didn’t let her inexperience stop her: she continued learning and taking chances and investing in herself.

RELATED: Why We Need To Talk About Ryan Phillippe’s Joke About Reese Witherspoon

Today, she stands as one of the most influential businesswomen in the entertainment landscape, someone whose personal brand includes a flourishing production house, a clothing company, a beloved book club, and an array of starring roles across film and television. She’s also a mother of three who continues to set an example to others about how you can parent with kindness and respect, compassion and discipline.

In a recent interview, the Legally Blonde star detailed the life-changing piece of advice that propelled her through the hard times. If you look closer, it could transform your life, too.

What Is Reese Witherspoon’s Game-Changing Advice?

The sooner you figure out that other people’s opinions of you are never your business, and it literally doesn’t matter what they think of you, you become free. Totally free.

It’s likely you’ve heard this piece of wisdom before, but there is a reason why some of the most powerful people in the universe keep coming back to its theme.

RELATED: Reese Witherspoon and Jim Toth Prove a Whirlwind Romance Can Be Everlasting

Yes, you need to work hard, and yes, you can’t give up on your dream, and yes, you have to stay humble, but none of the struggles matter if you let other people control your story or let them dictate your trajectory.

People are free to offer their perspectives, and you’re going to want to heed their counsel occasionally as well, but at the end of the day, you’re the one working to meet your goals. You’re the one bearing the ambition and the pain, the victories and the failures, the surprises and the disappointments — why should other opinions weigh down on your decision-making?

Reese’s pearl of wisdom becomes all the more instrumental to people in the public eye, who have to endure far more commentary about their choices than the average individual.

Social media isn’t just a public forum where everyone can say their piece about quite literally anything; it’s a weapon that can be wielded to form baseless narratives about public figures. These celebrities, who are often only here to demonstrate their craft, have to deal with countless theories and critiques about themselves, whether it’s about their careers or their personal lives.

Reese Witherspoon herself was subject to widespread judgment in the late 2000s. She won the Oscar for Best Actress but was yet to follow up the accolade with performances the audience deemed “worthy.” She went through a divorce in the spotlight and only surfaced in supporting roles that failed to gather any momentum.

RELATED: 5 Daily Habits to Steal From Reese Witherspoon, Including Leaning Into Fear

A scathing article in The New Yorker even referred to her as a “washed-up has-been,” causing Reese to doubt herself — was she resigned to play the “girlfriend” character if the career continued on the same path? Would she be able to shed off her blond ditzy persona and step into more adult, sensible filmography?

Reese wouldn’t take no for an answer — she wanted to prove her naysayers wrong. Pivoting to producing, the Walk The Line actress wanted to be the creative, financial force that would champion female-led work from beginning to end. “I was so used to being underestimated that when I was somehow accepted, I didn’t know how to look at material,” she told The Hollywood Reporter. “I didn’t know how to make decisions and I didn’t know what I wanted to say.”

Yet, she persevered. She never let anyone but herself get in the driver’s seat. As she told Harper’s Bazaar UK, “We are our own saviors, our own heroes. That’s hard, but also incredibly uplifting.” This message resonates with her to such a degree that she ensures it’s in the heart of every story she greenlights, every fictional work she helms.

Women, in particular, are condemned far more often than men and, as such, are more prone to giving in to public consensus. That’s why Reese has made it her life’s mission to ensure that other women have abundant resources at their disposal and can look up to other women for inspiration.

Of course, most advice is easier said than done. It’s an abstract adage that might provide comfort for a moment but does not actually result in anything tangible.

We’re the ones who have to do the work to absorb the wisdom and put it into practice. It’s understandable why we care about others’ opinions; after all, we live in a society, and our survival is immensely reliant on our image, reputation, and how the rest of the community views us.

RELATED: Kelly Clarkson’s Ominous Advice To Her Younger Self Will Empower You In Your Relationships

Our social connections are based on goodwill and friendship, and mutual respect, so if we outright stopped caring about other people’s opinions, we wouldn’t be able to function. That being said, most people have a short attention span and are more consumed by their own lives; they might gripe and grumble about you, but ultimately, they’re powerless. Or, at the very least, they’re as powerful as you let them become.

So instead of trying to please others, think about yourself, your aspirations and your hurdles. If you can keep your head down and follow your heart, your naysayers will become your biggest supporters.

How to Give Advice Without Seeming Patronizing

The two kinds of productivity advice
‘It was my heart’: Women with heart disease face barriers to care in Canada, report says
61-Year-Old Accidentally Leaves Her Wallet at a Walmart Parking Lot – One Teen Drives Miles Just to Return It to Her
Looking for love? 44% U.S. adults use dating apps to find long-term partners: study
Femcels: Inside the enigmatic subculture of involuntary celibate women