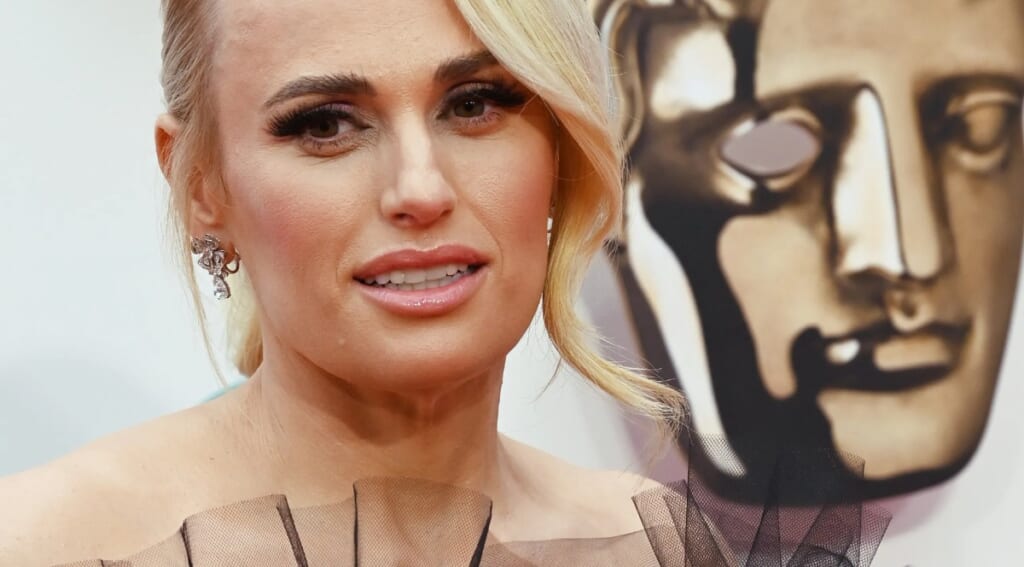 Since its inception, the media has loved to scrutinize public figures on their weight and bodies. When a celebrity gains weight, unflattering pictures of them are splashed across every tabloid; when they lose weight, countless articles and YouTube videos appear, telling people how these celebrities changed their bodies (often through unhealthy methods).

RELATED: The Way Selena Gomez Avoids Justin and Hailey Bieber Drama Is a Lesson to Us All

Rebel Wilson has been the subject of both sides of this type of scrutiny. Recently, the actress took to Instagram, sharing an important message about self acceptance that can benefit everybody.

Several days ago, Wilson posted this photo to her Instagram, with a caption that reads:

“I just noticed I put on [weight] on my holiday[…]. But you know what? I can get up tomorrow and go to the gym, and hydrate and eat healthy and love myself. It doesn’t help to be hard on yourself but I know what it’s like to feel guilty and not great after eating[…]. But if you’re like me just know YOU are more than just your weight, your weight doesn’t define you, just try your best to be healthy and don’t be so hard on yourself. Be the best version of you.”

In a culture that worships conventionally attractive bodies and praises restrictive eating and overexercise, Wilson’s message is radical.

Fatphobia and the Fetishization of Weight Loss

Fatphobia — a negative bias, stigma or prejudice towards those in larger bodies — runs rampant in Western society, and there’s a large movement among Gen Z and Millennials to eradicate it, along with raising awareness for body positivity/acceptance and Health at Every Size.

RELATED: Chris Hemsworth Revealed Why He Almost Quit as Marvel’s Thor – And the One Thing That Stopped Him

Fatphobia affects everything from a person’s self-image to the kinds of clothes available to them in retail stores, to negative mental health outcomes and medical discrimination and misdiagnosis. Wilson experienced the latter when, in 2019, a fertility doctor told her she’d “have more success freezing her eggs if she lost weight.”

However, what wasn’t recognized was Wilson’s polycystic ovarian syndrome, a hormonal disorder that’s common among women and people who can get pregnant, affecting one’s ability to become pregnant.

Scenarios like this are all too common in medical treatment among larger-bodied people. Instead of considering other factors, doctors emphasize weight loss over addressing more pressing underlying health issues and has led to worse health outcomes.

As a public figure, Wilson has experienced bias from Hollywood due to her appearance as well. When hosting this year’s British Academy Film Awards, she poked fun at her weight loss experience, saying, “Guys, seriously, I did not lose weight just for a guy. As if. I did it to get more acting roles. I am so excited I can play the non-funny love interest in an Adam Sandler movie.”

It’s a joke, yes, but holds truth. Hollywood typecasts actors based on their looks. Society has deemed thin women with European features as the most beautiful, and therefore, women like this get to play the love interest or the lead role. Women in larger bodies are deemed only fit to play the funny best friend.

Wilson’s recent role in Netflix’s Senior Year has already proven this media bias. In this film, the actress stars as the main character. She’s still funny, but she’s not the goofy BFF like she was in Pitch Perfect and Bridesmaids — both roles she got when she was in a larger body. This is the sad reality of the film/media industry today.

Thankfully, the standards are changing slightly, but not radically enough to change the public’s opinion of plus-size people. There’s still work to be done.

Rebel Wilson and Body Acceptance: A Step in the Right Direction

It’s wonderful that Rebel Wilson recognizes she doesn’t have to hate herself when her body changes. Everyone of all body shapes and sizes can benefit from this message. People are “more than just their weight,” as Wilson says in her post.

The comedian’s post has already impacted fans who praised her for this positive message. One fan commented, “I wish I had a role model like you when I was a kid.”

The more people like Rebel Wilson can speak out about weight stigma and body image, the better society as a whole will be. Weight gain is not inherently bad, and no one should live with guilt and shame over what their body looks like, what their exercise looks like or what they’re eating.

Wilson’s Instagram post is a step in the right direction, and she’s moving with the rest of Gen Z and Millennials fighting to eradicate weight bias and promote self acceptance. It’s time for the media to catch on, too.

In Honor of Groundhog Day: 5 Hilarious Times Bill Murray Made Someone’s Day a Little Extra
How to Be Intolerant of Dysfunction | Josh Shipp | Goalcast
He Was Fatally Beaten by Memphis Police — Now People Around the World Are Sharing #SunsetsForTyre in His Honor
Parents issue warning after teen dies from inhaling aerosol deodorant
Monica Lewinsky’s Overwhelmingly Kind Look at the World 25 Years Later