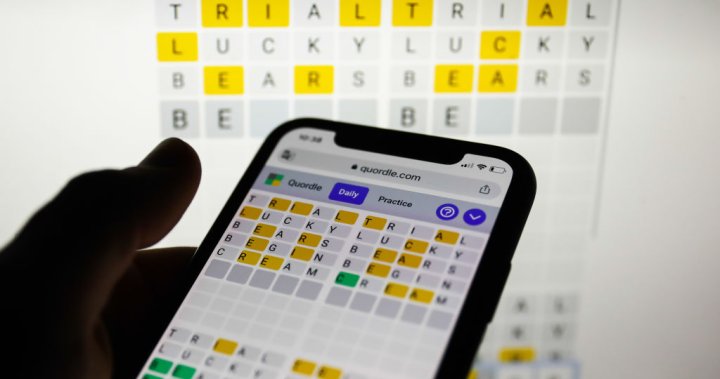 While Wordle gives players six chances to figure out one five-letter word, in Quordle, players have nine guesses to simultaneously solve four five-letter words. Each day there’s a new puzzle to solve.

Quordle’s acquisition was first reported by TechCrunch after the outlet noticed an inconspicuous update to the game’s help page.

“I’m delighted to announce that Quordle was acquired by Merriam-Webster! I can’t think of a better home for this game. Lots of new features and fun to come, so stay tuned,” Quordle creator Freddie Meyer writes on the site.

The terms of the deal between Meyer and Merriam-Webster have not been disclosed. Quordle posted about the acquisition on its Twitter page on Jan. 20.

Wordle skyrocketed in popularity in late 2021, soon after it was released by software engineer and game creator Josh Wardle. By January 2022, the daily puzzle had been sold to the New York Times for a “low seven figures.”

The popularity of the game spawned many copycats, with Quordle coming onto the scene about a month after Wordle’s acquisition.

Another such copycat, Heardle, a song-guessing game, was bought by Spotify in July.

Much like New York Times Games, Merriam-Webster has a portal of online games, where Quordle now resides.

When players open Quordle, they may notice the Merriam-Webster logo on the top left of the page, and that the game’s URL now redirects to a page on the company’s website.