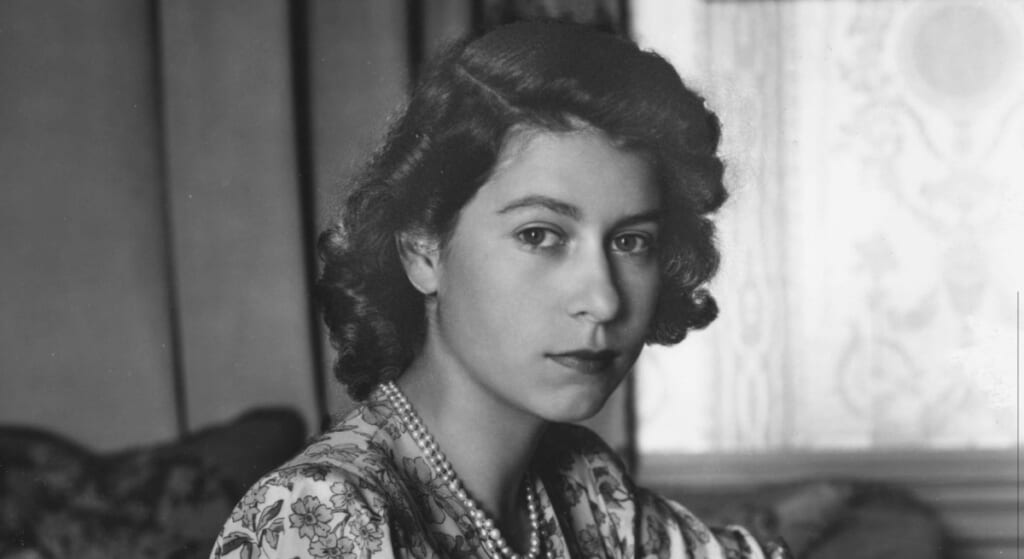 RELATED: Prince Harry Stops and Talks to 6-Year-Old and His Grandmother – What Happens Next Breaks Royal Protocol

The 96-year-old was surrounded by family, including her four children and grandson Prince William, who rushed to be by her side in Aberdeen, Scotland, after doctors placed her under medical supervision.

How Old Was Elizabeth When She Became Queen?

Queen Elizabeth II wasn’t just the United Kingdom’s longest-reigning monarch but the world’s. In addition to the U.K., Elizabeth was also the sovereign of 15 countries (think Canada, Australia, and New Zealand), as well as the head of 54 more countries that make up the Commonwealth of Nations — all for an unrivaled 70 years.

Making her reign all the more impressive is the fact that she wasn’t actually supposed to be queen at all. Elizabeth was third in line to the throne when her uncle (he father’s brother), King Edward VIII, abdicated in 1936. Her father succeeded him, becoming King George VI, and reigned until his death in 1952.

RELATED: Meghan Markle Exposes The Truth About Her Life In The Royal Family

Elizabeth was just 25 years old when her dad died, making her the Queen of England. The news caught her by surprise while she was visiting Kenya with her husband, the future Prince Philip. She returned home to London immediately and, rather than focusing on her beloved father’s death, she got to work. Showing off her signature get-it-done attitude, she later said, “My father died much too young, so it was all a very sudden kind of taking on and making the best job you can.”

And that’s exactly what she did. Despite her young age, Elizabeth showed her devotion to her people from the get-go. In her coronation speech, which she delivered on June 2, 1953, she vowed, “Throughout all my life and with all my heart I shall strive to be worthy of your trust.”

Always honest, she noted her own shortcomings but vowed to rise up to the challenge. “Although my experience is so short and my task so new, I have in my parents and grandparents an example which I can follow with certainty and with confidence,” she proclaimed,” she said. Indeed, she stayed true to those words throughout her long life.

Queen Elizabeth II always put her royal duties and her people above all else. Born Elizabeth Alexandra Mary Windsor on April 21, 1926, she was just 10 years old when her father ascended to the throne, making her the royal heir, in 1936.

World War II began shortly after and a young Elizabeth watched Britain go to war, as her family refused to flee to Canada. She experienced the tragic reality of warfare first-hand and it must have sparked something within her because, when she turned 18 in 1944, she joined the Auxiliary Territorial Service like many other women her age. There, she learned how to drive and how to be a mechanic and was dubbed Princess Auto Mechanic by the press.

It was this drive to do her part and commitment to give back to her country that she exemplified throughout her entire reign. As calls for independence and the toppling of the monarchy and Commonwealth grew louder, Elizabeth didn’t allow herself to be fazed. In fact, it seems it motivated her to do her best, as she embraced the challenge and set out to modernize the royal family.

In the 1960s, she allowed the BBC to film a documentary about her and her family, which was the first time ever viewers were offered a glimpse into day-to-day royal life. Other notable moments included her visit to Australia and New Zealand (she was the first reigning monarch to travel Down Under), her 1992 decision to start paying taxes, and the fact that she was able to work alongside 15 very different prime ministers from opposing political parties.

Queen Elizabeth Showed Strength in the Face of Family Adversity

During her life, Elizabeth also faced great loss, scandal, and controversy — all of which she withstood. 1992 in particular was a tough year as three of her children ended their marriages and became tabloid fodder. She, in turn, was criticized for not being more open about the drama. Proving that she always listened to her people, she conceded publicly that they did indeed have the right to know more, but she also stood firm that she deserved better. “We are all part of the same fabric of our national society and that scrutiny can be just as effective if it is made with a measure of gentleness, good humor and understanding,” she said.

RELATED: Family Quotes that Will Strengthen the Bond With Your Loved Ones

In another impressive showing of her strength, Elizabeth didn’t waver in her royal duties following the death of her beloved husband in April 2021. As a lady-in-waiting told the Daily Mail, the queen took her coronation vows seriously and she wasn’t about to break them. “Obviously there will be a gap while she is getting over it, but she has faced the possibility in her own mind and the vows she made at the Coronation are still with her,” she explained.

Queen Elizabeth and Her Undeniable Sense of Humor

Perhaps best of all, however, was the monarch’s quick wit and sense of humor. While it can’t be denied that she took her position and role extremely seriously, she also knew how to be human and have a good laugh.

Over the decades, Queen Elizabeth II delivered countless great one-liners, like in 1986 when she and Prince Philip had eggs thrown at them during a royal visit to New Zealand and she took the heckling in total stride. “New Zealand has long been renowned for its dairy produce, though I should say that I myself prefer my New Zealand eggs for breakfast,” she quipped.

On another epic occasion, she was approached by tourists near Balmoral who failed to recognize her and asked if she’d ever met the queen. Her response? She pointed to her guard and said, “No, but he has.”

Most recently, the 96-year-old stole hearts when she appeared opposite Paddington Bear and rocked out to Queen during her Platinum Jubilee celebrations. His short but poignant tribute says it all: “Thank you Ma’am, for everything.”

Who Will Be the United Kingdom’s Next Royal?

Queen Elizabeth II’s eldest son, Charles, was next in line to the throne and he immediately succeeded his mother upon her passing. The 73-year-old, who was known as the Prince of Wales until this point, has now become King Charles III.

RELATED: William and Kate’s Surprising Decision Is a Bold Lesson in Parenting

In a statement remembering the queen, the king said, “The death of my beloved mother, Her Majesty the Queen, is a moment of the greatest sadness for me and all members of my family.” He continued, “We mourn profoundly the passing of a cherished Sovereign and a much-loved Mother.”

So what happens now? Queen Elizabeth II’s death has triggered 10 days of mourning and, as of yet, it’s unclear when King Charles will be officially crowned. However, the late queen had her coronation 16 months after her father’s death, so it’s likely to be at least a year before Charles receives the Crown Jewels at Westminster Abbey.

While the world mourns the death of such an important and revered figure, there is comfort knowing that Queen Elizabeth lived a full life and her charitable acts will be remembered longer than her 70 year reign.

Meghan Markle Is Worth Admiring — but Not Because of Royalty

All the Things I Didn’t Tell the Men I Dated Because I Was Afraid
Monica Lewinsky’s Overwhelmingly Kind Look at the World 25 Years Later
Why I Didn’t Trust Myself to Make Decisions (and What If It’s All Okay?)
The Rise of RockyNoHands | The Gamer Who Can Beat You At FortNite With His Mouth | #goalcast
Femcels: Inside the enigmatic subculture of involuntary celibate women