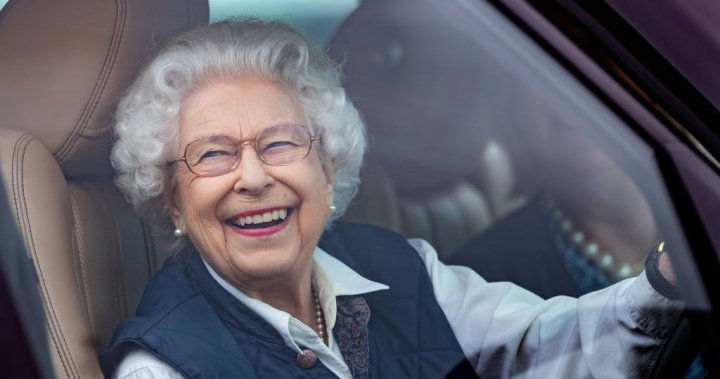 The British are known for keeping a “stiff upper lip,” and Queen Elizabeth II was no exception. But those who were close to the queen knew that she had a great sense of humour underneath her serene and stoic public image.

Throughout her long life, there have been many times when she let down her guard, so to speak, whether that be delighting at animals or cracking jokes with world leaders.

In honour of Britain’s longest-reigning monarch and Canada’s longest-serving head of state, we remember some of the sweetest and funniest moments in the extraordinary life of Queen Elizabeth II.

A corgi lover for life

Ever since she was a young girl, Elizabeth has been captivated by corgis — a love that lasted her entire life.

When she was just a princess, Elizabeth fell in love with the Royal Family’s first corgi, Dookie, who was adopted in 1933.

The first corgi she ever owned herself was named Susan, and was gifted to her by her father in 1944 for her 18th birthday. Susan would be the beginning of a large family tree of corgis, over 30 in total, bred by the queen.

The queen also bred corgis with dachshunds to create dorgis. This adorable mix-breed was perhaps the result of an unplanned tryst between one of Elizabeth’s corgis and Princess Margaret’s dachshund. The sisters mated the dogs again and more than 10 dorgis were bred over the years.

In 2015, it was reported that the queen was planning to end her corgi breeding efforts because she didn’t want to leave any behind after her death.

When the queen died, she had four dogs left: two corgis, a dorgi, and a cocker-spaniel. Ownership of the dogs will likely pass to her successor King Charles III.

Queen Elizabeth wasn’t about to let then-President George W. Bush off the hook when he hilariously misspoke during a toast at the White House.

In 2007, at a welcome ceremony for the queen, Bush mistakenly said that Elizabeth had celebrated the U.S. bicentennial in 1776, when he should have said 1976. The mix-up meant Bush had added 200 years to Queen Elizabeth’s age.

Bush said of the incident, “She gave me a look that only a mother could give a child.”

Two days later, the queen saw her chance to get the former president back. At a dinner hosted by the British ambassador, Elizabeth joked, “I wondered whether I should start this toast by saying, ‘When I was here in 1776 …’”

“Your Majesty, I can’t top that one,” Bush responded in his toast.

The Queen getting excited about cows might be the best thing you will see all week.https://t.co/NSb6cK03fl pic.twitter.com/a1MCcPo4VE

This hilarious video when viral in 2018, showing the queen’s excited reaction to seeing a herd of cows being paraded as part of her 90th birthday celebration. She points to the animals and blurts out “cows” to her husband Prince Philip.

Queen Elizabeth was quite the fan of cows, as she was with all animals, and bred the livestock herself. She kept the largest herd of Sussex cows in the world at Windsor castle.

The first time that Prime Minister Justin Trudeau met Queen Elizabeth, she may have been taken aback by his boyish looks. It also didn’t help that Trudeau mentioned in a toast to her at the gala for the Commonwealth Heads of Government Meeting in 2015 that he was the 12th Canadian prime minister to hold office during her reign.

In response, Queen Elizabeth said during a speech, “Thank you, Mr. Prime Minister of Canada, for making me feel so old.”

All the queen’s horses

Ahead of The Queen’s 96th Birthday tomorrow, @windsorhorse have released a new photograph of Her Majesty.

Taken last month in the grounds of Windsor Castle, The Queen is pictured with two of her fell ponies, Bybeck Katie and Bybeck Nightingale.

The only thing that could rival the queen’s love of corgis was perhaps her love of horses.

Elizabeth first started riding at the tender age of three when she started lessons at Buckingham Palace Mews.

She was gifted her first pony a year later, a Shetland named Peggy, by her father King George VI.

For her entire life, Elizabeth was an avid equestrian and horse breeder and loved cheering on her horses at the racetrack.

In fact, one of her favourite horses was reportedly a thoroughbred named Burmese, which was gifted to the queen by the RCMP.

Charles to give 1st speech as king as U.K. mourns Queen Elizabeth’s death

At the time of her death, the queen was estimated to have over 100 horses in her royal stables. Those horses had earned her around $10.5 million in prize money over the years.

Claudia Joseph, an expert on the royals, predicts that Princess Anne and her daughter Zara, who were both Olympic equestrians, will be involved in making decisions about what happens next to the queen’s troop of horses.

At a military parade in 2006, the queen showed her cheeky side by making her grandson crack up at an inopportune moment.

Elizabeth was attending the Sovereign’s Parade at The Royal Military Academy Sandhurst to see Prince Harry’s “passing-out ceremony,” where he was officially commissioned as an army officer.

As Elizabeth walked down the line of newly minted officers, the soldiers were meant to keep a neutral expression. Perhaps the matriarch said something or flashed a look to her grandson because Prince Harry couldn’t help but bust out a grin as she passed.

Prince Harry served in the British Army for 10 years and served two tours in Afghanistan.

This adorable photo, taken at a U.K. zoo in 2017, shows Queen Elizabeth and Prince Philip meeting Donna the elephant (and feeding her a couple of bananas while they were at it).

The moment was captured by royal photographer Chris Jackson and he said that just out of frame were a few zookeepers who were slightly concerned that the huge elephant would lurch forward, eager for its next banana from the queen.

In the driver’s seat

Queen Elizabeth could have been chauffeured around her entire life but she chose a life in the driver’s seat.

At just 19, Elizabeth volunteered to join the Auxiliary Territorial Service during World War II, becoming the first female member of the royal family to serve full-time in the armed forces.

She trained to become a mechanic and ambulance driver, earning her the nickname “Princess Auto Mechanic” from the British press at the time. She was often photographed and filmed servicing vehicles and driving trucks.

After becoming queen, Elizabeth could have taken the back seat but she chose to keep driving her entire life.

She was frequently spotted chauffeuring family between Windsor and the Ascot Racecourse for the annual racing event. Elizabeth last drove herself to the Royal Ascot in 2021 where she was photographed behind the wheel of a Jaguar X-Type wagon.

Elizabeth’s fleet of vehicles is primarily made up of cars from British manufacturers like Jaguar Land Rover, Daimler, and Vauxhall.

This was another sweet moment caught on camera by Jackson, the royal photographer. This photo shows the time when the queen burst out laughing with her daughter Princess Anne when she got her knife stuck in a cake while trying to cut a ceremonial first slice.

The moment took place at the 100-year anniversary of the Women’s Institute in London in 2015.

Her Majesty certainly knew how to dish out some trash talk, while staying polite as ever.

In a promotional video for the 2016 Invictus Games, Queen Elizabeth dropped the mic on then-President Barack Obama and First Lady Michelle Obama.

The video begins with Prince Harry receiving a feisty video message from the Obamas. Michelle asks, “Hey, Prince Harry, remember when you told us to bring it at the Invictus Games?”

“Careful what you wish for,” Barack replies as a soldier in the background mimes dropping a mic.

Unfortunately for you @FLOTUS and @POTUS I wasn’t alone when you sent me that video 😉 – H.https://t.co/sjfSQvkzb6

— The Duke and Duchess of Cornwall and Cambridge (@KensingtonRoyal) April 29, 2016

Harry then drops a mic for his grandmother’s cool, restrained response.

Even after the death of her lifelong partner, Prince Philip, Queen Elizabeth still found moments of levity in her life and never lost her sense of humour.

During a photo-op last year at the 2021 G7 Summit hosted in Cornwall, the queen made some of the most powerful leaders in the world crack up when she asked, “Are you supposed to be looking as if you’re enjoying yourself?”

All those who loved her will sorely miss Queen Elizabeth II. She was a devoted public servant with a robust sense of duty — but as we’ve seen, that didn’t stop her from having a bit of fun every now and then.

Gary Vaynerchuk’s Life Advice Will Change Your Future | Gary Vaynerchuk Motivation (Gary Vee)
8-Year-Old Boy’s Family Is Down to Their Last $12 Living in a Shed – Until His Own Business Saves Them All
Looking for love? 44% U.S. adults use dating apps to find long-term partners: study
If You’re Feeling Judged: One Thing You Need to Understand
A More Colorful Approach to Meditation—Creating Your Way to Peace