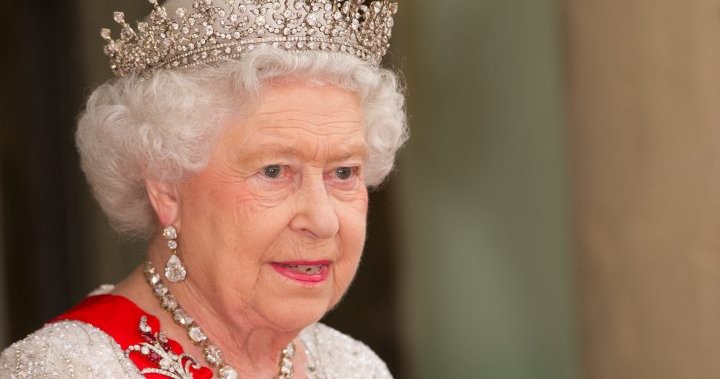 Queen Elizabeth didn’t make bold proclamations about the rights of women but rather it was in her small, everyday deeds that she advanced the feminist cause, experts say.

Sarika Bose, a University of British Columbia lecturer in Victorian literature and an expert on the Royal Family, said that until her death last week, the queen was one of the most well-known women in the world. She served in the Second World War and was not just a head of state or commander of the British armed forces but also a mother, grandmother and great-grandmother.

While the queen was not a flashy feminist, Bose said the monarch “normalized” having a woman on the world stage.

When she turned 18, the then-princess joined the Auxiliary Territorial Service, and trained as a driver and mechanic with the rank of second subaltern, making her the first and so far only woman in the Royal Family to become a full-time member of the armed forces. Bose said the queen could have signed up to be a secretary or a nurse during the war but instead chose to be a mechanic.

8:07
A look at the Queen’s legacy and the role of the monarchy in Canada

The late monarch showed through her reign that “when you are a leader,” there are ways in which you can speak up for yourself and have a voice, she said.

One of the most famous instances when her power as a woman shone through came in 1998 when she took Saudi Crown Prince Abdullah, who later became king, for a spin in her Land Rover, Bose said. The drive took place at a time when women in his country were not allowed to be behind the wheel.

“I don’t think she’d call herself a feminist. It was very different from people who might be marching in the streets or going into an election or who might be writing theories of feminism. Her method of feminism was to be an example. And to be an example of all the things that people said women couldn’t do, and show that you could.”

Carolyn Harris, a history instructor at the University of Toronto’s School of Continuing Studies, said the queen faced “curious” questions when she stepped into her role because there were not very many women in public life at that time.

These questions would include people asking her who was looking after her children when she was on overseas tours. The queen would “graciously” reply that the little ones were being “spoiled” by their grandmother, she said.

2:57
‘They sanctioned children being raped and murdered’: Grief for Queen ignites unresolved trauma for Indigenous peoples

‘They sanctioned children being raped and murdered’: Grief for Queen ignites unresolved trauma for Indigenous peoples

Harris emphasized other steps the queen took to promote equality between men and women.

In 2011, the queen backed the change to succession laws, which meant that men no longer took precedence over women in line to the throne. Harris also noted a comment from the queen the same year at the Commonwealth summit in Australia, which she said was about as close as the queen came to a call for equality: “It reminds us of the potential in our societies that is yet to be fully unlocked, and encourages us to find ways to allow girls and women to play their full part,” the monarch said in reference to the summit’s theme of women as agents of change.

Prof. Cecilia Morgan, a historian in the University of Toronto’s department of curriculum, teaching and learning, said the queen’s obligation to remain politically neutral led her to be cautious about how she expressed herself.

“I would say in terms of feminism it’s complicated, because she inherited a role,” Morgan said.

“She was also very limited in terms of the constitution, but also her own desire to be very careful and judicious as to what she said that might cause any kind of political stir. When I think of one of the things that feminism does it does seek to disturb the status quo in various kinds of ways.”

Morgan noted that in terms of feminism, the queen did not do much for Indigenous or racialized women. “And I don’t want to be unfair, because that was sort of not her remit.”

While the queen maybe could have done more, Morgan said it must be remembered that she was confined by her role.

“It’s possible she might have been able to influence members of her family who did not have the same kind of constitutional strictures placed on them to do more when it came to things like social justice or supporting women’s rights, but it’s just so hard to know,” she said. “I don’t even know if we ever will know.”

Bose said King Charles and his heirs, Prince William and Prince George, would have benefited from her quiet style and are already showing how they will carry on her legacy, taking up causes involving young people, the environment and sustainability. She noted the Queen Consort’s advocacy of domestic violence charities.

“The voice that women have been able to amplify over these decades of the queen’s reign, I think that voice will continue to be strong,” she said. “Women have become normalized as leaders, and I don’t think that normalization will be reversed.”

The Walt Disney Company to mark 100th anniversary with new experiences
The two kinds of productivity advice
Femcels: Inside the enigmatic subculture of involuntary celibate women
‘It was my heart’: Women with heart disease face barriers to care in Canada, report says
Watch the Breathtaking Moment a Family Finds Their Missing Son Lost at Sea as Part of Viral Rescue Mission