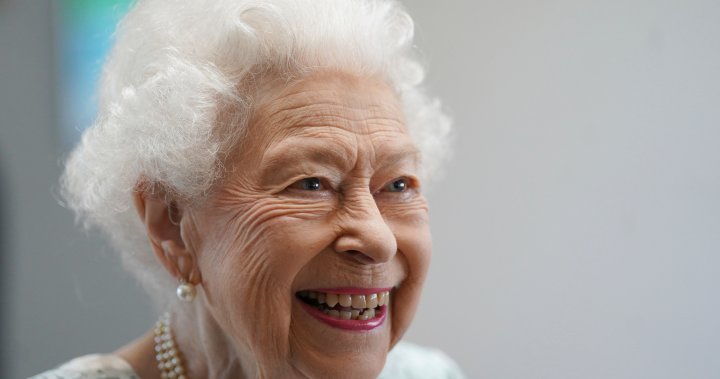 Queen Elizabeth II, the longest-reigning monarch in British history and Canada’s head of state, has died.

The queen, 96, died on Thursday in her Scottish residence, Balmoral Castle, alongside several members of the Royal Family, The Royal Family made the announcement in a Twitter post at 1:30 p.m. EDT on Thursday. Her eldest son, Charles, has ascended to the throne under the title King Charles III.

The Queen died peacefully at Balmoral this afternoon.

The King and The Queen Consort will remain at Balmoral this evening and will return to London tomorrow. pic.twitter.com/VfxpXro22W

News of her death came after Buckingham Palace officials took the rare step of issuing a public comment on her health, saying that doctors had recommended for her to remain under medical supervision as they were concerned for her health.

As it happened: Reaction to Queen Elizabeth II’s death

She has experienced “episodic mobility problems” since the end of last year.

Shortly after her death, King Charles III paid tribute to his mother in his own statement on Twitter.

“The death of my beloved Mother, Her Majesty The Queen, is a moment of the greatest sadness for me and all members of my family. We mourn profoundly the passing of a cherished Sovereign and a much-loved Mother. I know her loss will be deeply felt throughout the country, the Realms and the Commonwealth, and by countless people around the world,” he wrote.

“During this period of mourning and change, my family and I will be comforted and sustained by our knowledge of the respect and deep affection in which The Queen was so widely held.”

A statement from His Majesty The King: pic.twitter.com/AnBiyZCher

A woman born into the Royal Family, she was never expected to become queen.

Born April 21, 1926, her life took a wild turn — one of immeasurable consequence — when her uncle, King Edward VIII, abdicated the throne in 1936, passing the crown and all its duties to his brother, young Elizabeth’s father.

In one fell swoop, she was next in line to the throne.

Her accession in 1952 came earlier than many expected, when she was just 25. Her father had succumbed to his many illnesses, including lung cancer, leaving the throne vacant for his young daughter. Her actual coronation took place in 1953 in Westminster Abbey; she was crowned queen at age 27.

She would go on to become the longest-reigning British monarch — 70 years on the throne — leading her kingdom and Commonwealth through the Cold War and space race, revolutions in Eastern and Central Europe, the advent of the internet, the British Invasion, the war on terror and London tube bombings, and the establishment of the European Union, not to mention in her later reigning years SARS, Brexit and COVID-19.

“You name it, she has seen the 20th century first-hand,” said Our Queen author Robert Hardman.

In Canada, Louis St. Laurent was prime minister when the queen ascended the throne and became this country’s sixth sovereign since Confederation. She went on to meet almost every successive prime minister — at least, those who were in office long enough. There was a special moment in 2015 when she met Prime Minister Justin Trudeau, whom she’d met as a child decades prior, when his father was prime minister.

3:15
Queen Elizabeth’s death: Her Majesty’s connection and affection for Canada

Queen Elizabeth’s death: Her Majesty’s connection and affection for Canada

“My mother once said that this country felt like home away from home, for the Queen of Canada,” the queen, after six decades as the country’s head of state, said during a 2010 visit — her last to our shores. “I am delighted to report that it still does and I am delighted to be back amongst you all.”

A perhaps less delightful encounter with a Canadian came in 1995 when Elizabeth II was the target of a prank phone call. A Quebec radio host impersonating then-prime minister Jean Chretien got through the palace telephone system, connecting with the queen.

She took the phone call under the impression the prime minister was reaching out for help, fearing Quebec separatists would win the upcoming referendum and leave Canada.

Rather than embarrassing her, however, the would-be prank only helped prove Elizabeth II was willing to do whatever possible to encourage Quebecers to vote “no.” She even happily agreed to broadcast a televised statement.

3:13
Queen Elizabeth death: PM Truss pays tribute to late monarch as ‘the rock on which modern Britain was built’

Queen Elizabeth death: PM Truss pays tribute to late monarch as ‘the rock on which modern Britain was built’

Trudeau mourns the loss of Queen Elizabeth II: ‘I will miss her so’

Her patience and clear will to act in support of the Canadian government during a stressful period recalled a promise a young Elizabeth, as a princess on her 21st birthday, made in 1947.

“I declare before you all that my whole life, whether it be long or short, shall be devoted to your service,” she said in a speech broadcast from Cape Town.

“She made that speech … saying she would devote her life to the country and to the Commonwealth,” said Phil Dampier, a royal author. “And she stuck to it. And I think that’s why people admire her, because she really has stuck to her word.”

Her devotion to duty and country was a hallmark, even before her accession. When Europe went to war, Elizabeth, still a teenager, begged her father to let her help.

She began reading radio broadcasts, then joined the services as a mechanic and driver. During the war, she met a distant cousin, Philip, who was serving with the Royal British Navy in the Mediterranean and Pacific.

For seven years, Elizabeth and Philip, five years her senior, exchanged letters. When the couple wed at Westminster Abbey in 1947, the lavish affair was broadcast on BBC Radio to 200 million people around the world.

From Winston Churchill to Liz Truss: The leaders who served under Queen Elizabeth II

At the time, the two could never have expected they would be preparing for Elizabeth’s coronation within a half-decade, thrust onto the throne and into Buckingham Palace after the king’s sudden death.

“For the queen, it must have been devastating,” said Alistair Bruce, a royal commentator. “She was out in Kenya with no expectation that news would arrive. And she knew everything would change — her life, her family. And it would be duty from now on.”

But with her duty, Elizabeth II also embraced change and the modern era.

Her coronation one year into her reign perfectly demonstrated that attitude, as it was one of the first televised public events. A few years later, in 1957, she again turned to television, beginning her annual tradition of delivering her Christmas message through the burgeoning medium.

Television, and later the internet, afforded the queen the ability to reach out to millions at once. In March 2019, she posted on Instagram for the first time: a photo of a letter from the Royal Archives.

Throughout Elizabeth II’s reign, at least 25 countries declared independence from the monarchy and others, including Canada, loosened their ties. Most recently, Barbados severed ties with the queen in November 2021.

Despite the abolishment of the monarchy in some nations, Elizabeth II’s personal popularity remained strong and is often credited for the monarchy’s survival through modern times.

That public admiration, however, was briefly on shaky ground in 1997 when her eldest son’s ever popular ex-wife, Diana Spencer, colloquially known as Princess Diana, died tragically in a car crash.

The queen at first failed to join the public outpouring of grief and mourning. Soon, however, she bowed to public pressure, delivered a heartfelt public address on television and emerged the elder stateswoman.

Though the queen has died, her legacy lives on.

2:51
Reflecting on the impact of Queen Elizabeth II as she marks 70 years on the throne

Reflecting on the impact of Queen Elizabeth II as she marks 70 years on the throne – Jun 5, 2022

On the occasion of her 90th birthday in 2016, the queen appeared on the balcony of Buckingham Palace flanked on all sides by her family — children, grandchildren and great-grandchildren.

Longtime royal watchers said at the time they’d never seen Elizabeth II look so pleased. “All the effort she put in over the decades has paid off,” Dampier said. “And the future looks assured.”

In April 2021, just a few months’ shy of his 100th birthday, her beloved Philip died, leaving the queen to reign on her own for the first time, which she did for just over a year.

“He has, quite simply, been my strength and stay all these years, and I, and his whole family, and this and many other countries, owe him a debt greater than he would ever claim, or we shall ever know,” she had said of her husband of more than 70 years in a speech on their 50th wedding anniversary in 1997.

Following Philip’s passing, the queen continued on as she always did, attending functions and conducting royal duties as best she could, despite dwindling health.

She was infected with COVID-19 in February 2022 at the age of 95, but managed to fend off the virus after experiencing only “minor” symptoms.

She marked her Platinum Jubilee a few months later — celebrating 70 years on the throne — and all of her family, even grandson Prince Harry and his wife Meghan Markle, convened in London over a ceremonious week of events.

Queen Elizabeth II, up on the Buckingham Palace balcony celebrating her Jubilee, looked happy and content as millions of people below her and around the world celebrated her rule and lifetime of service.

In terms of length of reign, Elizabeth II lags behind only French King Louis XIV, who sat on the throne for 72 years.

Mobility problems dogged the queen in her final months, and she delegated most of her official duties to Charles and his wife Camilla, as well as Prince William and Kate Middleton.

As of this writing, there has been no information released about public memorials or ceremonies, though it’s expected that there will be several over the days to come.

— With files from Amy Minsky