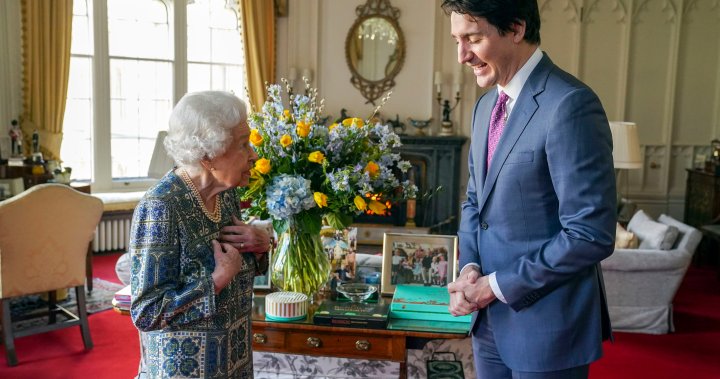 Queen Elizabeth II held an audience with Canada’s Prime Minister Justin Trudeau on Monday in her first in-person engagement since recovering from COVID-19.

Elizabeth, who is also the Queen of Canada, met with Trudeau at Windsor Castle, where she has stayed since the outbreak of the pandemic. Trudeau was in the United Kingdom for talks on the Ukraine war with Prime Minister Boris Johnson and their Dutch counterpart, Mark Rutte.

The queen has a firm attachment to Canada, a nation she has visited more than 20 times.

The pair have known each other for some time. Trudeau met the monarch several times as a child because his father, Pierre Elliott Trudeau, was one of Canada’s longest-serving prime ministers.

Pictures from the engagement show Trudeau warmly embracing Elizabeth’s hand in both of his. They both smile warmly.

The palace’s Feb. 20 announcement that Elizabeth had tested positive for COVID-19 prompted concern about the 95-year-old monarch.

The palace has declined to offer day-to day commentary on the monarch’s health, citing her right to privacy. But palace officials have said that Elizabeth has been fully vaccinated including a booster shot.

Domino’s Employee Delivers a $12 Order – But the Unusual Tip He Received in Return Takes Him by Surprise
How to Un-Stub Your Toe on the Nail of Life | Eric Bailey Motivational Speech | Goalcast
Beyond Dry January: 5 Benefits of Extending Your Break from Alcohol
I Have 2 Questions For You (Motivational Video) Fearless Motivation
How to Show Up When Nothing About Your Life Is Perfect