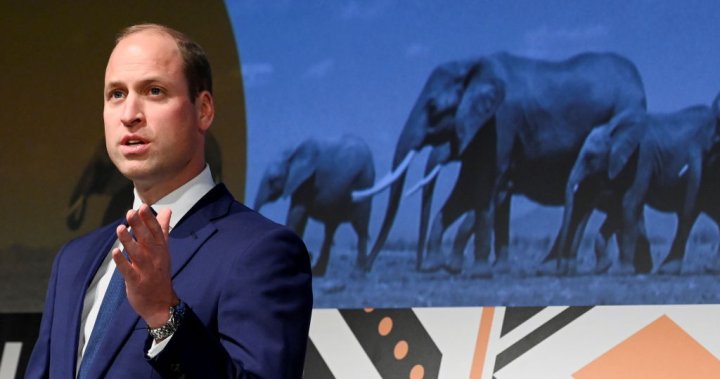 Prince William is not winning any points with the people of Africa after he made remarks linking the continent’s population to pressure on wildlife.

At the Tusk conservation awards in London earlier this week, William said pressure on Africa’s “wildlife and wild spaces as a result of human population” was creating a “huge challenge for conservationists, as it does the world over,” reported Al Jazeera.

“But it is imperative that the natural world is protected not only for its contribution to our economies, jobs and livelihoods, but for the health, wellbeing and future of humanity,” he said.

The Duke of Cambridge, a father of three, didn’t specifically mention population growth, reports Newsweek, but his comments have been condemned on Twitter, with many accusing him of racism, hypocrisy, and privilege.

One person warned the prince to stay in his lane, tweeting that William “has no moral authority to say anything about Africa or about Africans and their lives.”

Mr. William has no moral authority to say anything about Africa or about Africans and their lives. He should spend his time reading good history books and raising his many children and spending time with his very huge family spread out across the world. His opinion is sewage🚮.
. https://t.co/ZdxVXMz5BD

“It would be helpful if Prince William paid attention in history. By far the greatest losses of wildlife in Africa occurred in the early 1900s when Europeans arrived with guns and hunted across the continent. To blame African civilians is to totally misunderstand African history,” tweeted another user.

It would be helpful if Prince William paid attention in history. By far the greatest losses of wildlife in Africa occurred in the early 1900s when Europeans arrived with guns and hunted across the continent. To blame African civilians is to totally misunderstand African history.

British journalist Nadine Batchelor-Hunter revived a tweet from 2017, pointing out Africa’s population density is much lower than Asia and Europe, while also slipping in a remark about William’s decision to add three more members to the world’s population.

Prince William, with two kids and another on the way: it is clear Africa are having too many children here https://t.co/zuaNq8zGFe

Others pointed out the prince’s pricey habits, particularly when it comes to travel.

Prince William has three kids who will have have travelled by private jet many times by the time they’re ten. The problem is not overpopulation. The problem is overconsumption from people like him. https://t.co/9aKnAakR9r

“I’ve yet to hear Prince William talk about how much his own family has contributed to the current climate disaster. How much CO2 they emit from their palaces and private jets and helicopters that they use as Ubers. For all the children they have and energy they consume,” another tweeted.

This isn’t the first time the Duke has faced fire for these type of remarks. In 2017 he was quickly condemned after saying that Africa’s “rapidly growing human population” was putting its wildlife and habitats under “enormous pressure.”

The latest criticism comes the same week a new documentary examining the British Royal Family was released by BBC, prompting the family to issue a statement expressing their disappointment in the film’s subject matter.

The Princes and the Press is a behind-the-scenes peek at some of the unseemly — and in some cases, disturbing — inner workings that have been kept hidden from the public.

The three royal households — Buckingham Palace, Kensington Palace and Clarence House — called the two-part series “disappointing” and criticized the BBC for lending “credibility” to the idea that other members of the royal household leaked damaging information about the Duke and Duchess of Sussex to the press over the years.

1:11
Prince William: ‘We are very much not a racist family’

Emotionally Imbalanced? How Qijong Can Help You Heal Your Mind and Body
Mom Learns Her Son Has Been Bullying Classmate – What She Does Next Shocks the Internet
Joyce Hawkins: 5 Interesting Facts About Chris Brown’s Mom
Matthew McConaughey’s Life Advice Will Change Your Future (MUST WATCH) Motivational Speech 2018
5 Meditation Retreat Practices to Try at Home for a More Mindful Life