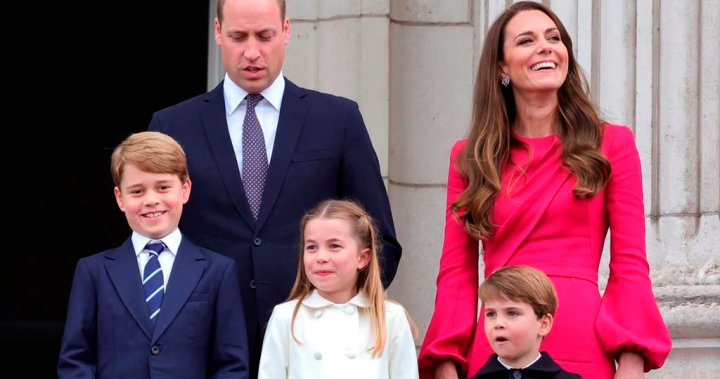 Determined to give their children a “normal” upbringing, the Duke and Duchess of Cambridge are relocating to a more rural location.

Prince William and Kate Middleton are leaving Kensington Palace in London for Adelaide Cottage — described as a modest four-bedroom property on the Queen’s Windsor Estate.

The move will also place them closer to Lambrook School in Berkshire, where Prince George, nine, Princess Charlotte, seven, and Prince Louis, four, will attend as day students, breaking royal tradition that often sees royal children board at the school they attend.

Royal experts say the move is one that aligns with the Cambridges’ goals of having privacy for their family, married with their love of the outdoors.

The move also ensures that the family will be much closer to Queen Elizabeth II, who moved to Windsor Castle at the beginning of the COVID-19 pandemic. Adelaide Cottage is about a 10-minute walk from Windsor Castle, officials said in the statement.

The queen’s official residence is Buckingham Palace in London, but British media reports have said the monarch, 96, may now choose to permanently reside in Windsor.

Jonathan Perry, Headmaster at Lambrook School, said: “We are delighted that Prince George, Princess Charlotte and Prince Louis will be joining us this coming September and very much look forward to welcoming the family, as well as all of our new pupils, to our school community.”

Adelaide Cottage is named after Queen Adelaide, the wife of King William IV. Built in 1831, it is substantially more modest than the Cambridges’ other properties, which include their apartment in Kensington Palace, their 10-bedroom property in Norfolk and a cottage in Scotland.

According to media reports, William and Kate’s full-time nanny, Maria Borrallo, will live elsewhere for the first time due to the downsizing of the home. The family’s other staff will also live offsite.

Joe Little, managing editor of Majesty magazine, told Express that the move has many benefits for the family.

“Apartment 1A at Kensington Palace is perfect in so many ways but the Duke and Duchess and their children are unable to come and go as they might like or take advantage of the nearby London parks because of the ever-present privacy issues.”

A royal source told CNN that the move will allow William and Kate to be “active parents in a busy school.”

“They want to be as normal a family as possible,” the source added.

One royal commentator says the move also sends a message that William wants to avoid some of the disappointments of his own childhood.

Columnist Dan Wootton said the Duke wants to be more present in his children’s lives, claiming that Prince Charles was often consumed with his royal duties following the death of Princess Diana.

Wootton said William “makes explicit his desire to avoid repeating what he believes are the mistakes of his upbringing.”