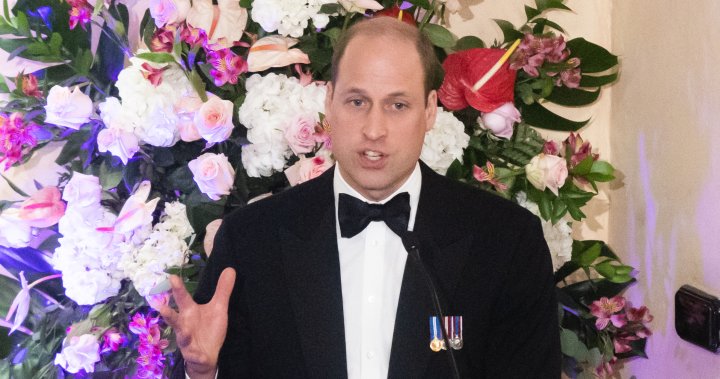 At a dinner attended by Prince William and Kate Middleton in Jamaica on Wednesday, the Duke of Cambridge said he felt “profound sorrow” over the history of slavery in the country.

The Duke and Duchess of Cambridge, in Jamaica as part of a Caribbean goodwill tour at the behest of Queen Elizabeth, have faced a less-than-welcoming reception from protesters, in both Belize and Jamaica.

While speaking at a dinner hosted by the governor general of Jamaica, Prince William said slavery “should have never happened” and “stains our history.”

Prince William also praised the spirit of Jamaica, claiming that it is “what makes it so special.”

“While the pain runs deep, Jamaica continues to forge its future with determination, courage and fortitude,” he said.

Prince William also said his grandmother, Queen Elizabeth, has a great fondness for the country, and has enjoyed the affection from Jamaicans in her Platinum Jubilee year.

The Duke and Duchess of Cambridge have arrived at a military passing out parade in Jamaica. pic.twitter.com/lVVuwDST0k

That affection, however, has not been at the forefront of the goodwill tour, especially in Jamaica, where on Wednesday Prime Minister Andrew Holness told William and Kate the country plans to become fully independent.

In a surprise announcement, Holness said Jamaica, a Commonwealth country, plans to cut all ties with the monarchy and become a republic. When Holness first took office in 2016, he said his government would introduce a bill to replace the Queen as head of state.

0:48
Duke and Duchess of Cambridge arrive in Jamaica for royal tour

Duke and Duchess of Cambridge arrive in Jamaica for royal tour

“We are moving on,” he said. “We intend to … fulfill our true ambitions and destiny as an independent, developed, prosperous country.”

However, it will not be an easy or quick process — the government must first hold a referendum among its people.

This was not your usual start of a bilat in front of the cameras @AndrewHolnessJM in the strongest terms telling the Duke and Duchess of Cambridge that Jamaica is “moving on” and intends to “fulfil our true ambitions as an independent prosperous country” pic.twitter.com/I4Z1aYfLH1

The royal couple, who flanked Holness on either side when he made the announcement, did not immediately react except for a couple of brief head nods.

Britain ruled Jamaica for more than 300 years, forcing hundreds of thousands of African slaves to toil the land under brutal conditions. Jamaica gained its independence in August 1962 but remained within the Commonwealth.

As the goodwill tour continues into its sixth day, Kate and William have done their best to win the hearts of the people; in Belize, they were seen dancing with villagers and touring ruins, and in Jamaica, they played soccer with England forward Raheem Sterling, who was born on the island.

On Wednesday, the Duke and Duchess of Cambridge also visited the Spanish Town Hospital maternity ward, where they toured the facility and spoke with staff.

That same day, the royal couple visited Shortwood Teachers’ College in Kingston, where they spoke to students and faculty.

#HappeningNow: Duke and Duchess of Cambridge Prince William and Kate were kept busy greeting and interacting with students of the Shortwood Teacher’s College. They are currently on route to the Spanish Town Hospital in St Catherine for a tour of the facilities.#RoyalsInJamaica pic.twitter.com/AmZnKvdvUX

Continuing the goodwill tour, the Duke and Duchess of Cambridge next visit the Bahamas. The Office of the Prime Minister tweeted a welcome on Thursday to the royals, who will be in the country for the next three days.

The Bahamas welcomes The Duke and Duchess of Cambridge on the occasion of The Queen’s Platinum Jubilee as they partake in a series of events within the country spanning the next three days. pic.twitter.com/V4DRibWvkq

— Office of The Prime Minister The Bahamas (@opmthebahamas) March 24, 2022

In recent years, some people from the Caribbean who had lived legally in Britain for decades were denied housing, jobs or medical treatment, and in some cases deported, because they didn’t have paperwork to prove their status.

The British government has apologized and agreed to pay compensation, but the scandal has caused deep anger, both in the U.K. and in the Caribbean.

Her Majesty was formally removed as head of state in Barbados in November 2021. Prince Charles was in attendance at the handover ceremony as guest of honour.

— with files from The Associated Press

How to Show Up When Nothing About Your Life Is Perfect
In Honor of Groundhog Day: 5 Hilarious Times Bill Murray Made Someone’s Day a Little Extra
The Rise of RockyNoHands | The Gamer Who Can Beat You At FortNite With His Mouth | #goalcast
I Have 2 Questions For You (Motivational Video) Fearless Motivation
Deliveryman Arrives to Pick Up an Order From a Bakery – Breaks Down When He Finds Out Why His Own Name Is on the Package