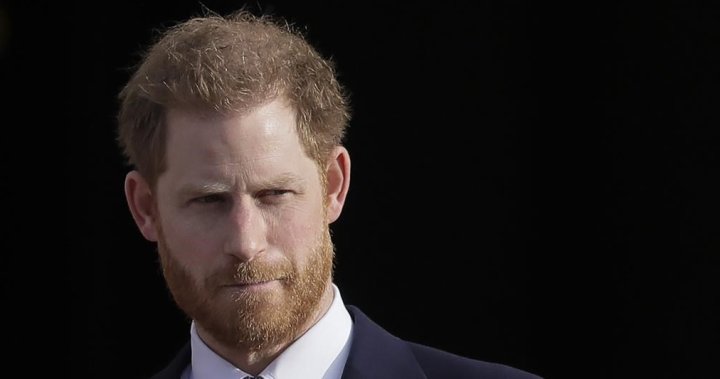 Prince Harry is now allowed to take the British government to court over his security arrangements in the U.K., a judge in London ruled Friday.

According to the BBC, the Duke of Sussex had been asking for a review of the decision that does not allow him to pay for his own security when his family returns to the United Kingdom to visit. He wants to pay personally for police security, but the government says he is not allowed such an arrangement.

Harry and his wife, Meghan Markle, lost their publicly funded police protection when they stepped down as working royals and moved to the United States in 2020.

The U.K. ministry responsible for security, called the Home Office, decided in February that Harry would no longer receive police protection while visiting, even if he were to pay for it himself.

The Associated Press reports that Judge Jonathan Swift ruled Friday that the case can go to a full hearing at the High Court in London. While he refused some aspects of the challenge he said that other aspects “give rise to an arguable case” and that the prince deserves a hearing.

The judge said, “a conclusion at the permission stage that a case is arguable is some distance from a conclusion that the case will succeed at final hearing.”

According to Reuters, Harry and his family have their own security team in California, where they live with their two children, Archie and Lilibet.

Harry’s lawyer told NBC News in a statement that Harry wished to bring his kids to the U.K. so they can “know his home country,” but it is too risky without proper protection.

The statement also said that the prince’s security was “compromised due to the absence of police protection” during a recent visit to the U.K. to unveil a statue in honour of his late mother, Princess Diana.

“The Duke and Duchess of Sussex personally fund a private security team for their family, yet that security cannot replicate the necessary police protection needed whilst in the U.K.,” the statement said.

“In the absence of such protection, Prince Harry and his family are unable to return to his home,” the statement continued.

BBC Royal correspondent Sean Coughlan wrote that while Friday’s ruling is a win for Harry, “there’s a long way to go between being allowed to challenge and winning that challenge.”

Coughlan also said there’s still a question about Harry’s status in the royal family and that “Buckingham Palace has always been clear there are no ‘half-in, half-out’ royals.”

Waitress Soothes “Fussy and Teething” Baby So Mother Can Finish Her Meal
Podcast: What to know about “novelty hunting.”
He Was Fatally Beaten by Memphis Police — Now People Around the World Are Sharing #SunsetsForTyre in His Honor
It Takes One Person To Make You Feel Like You Matter | Kyle Scheele Inspirational Speech | Goalcast
‘Gen Z yellow’: Next ‘it’ colour or marketing ploy?