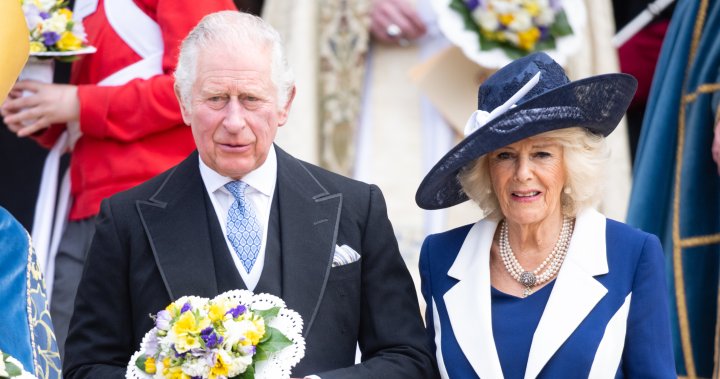 Prince Charles and his wife Camilla will come to Canada as part of a three-day royal tour from May 17 to May 19, 2022.

The itinerary for royal tour includes stops in Newfoundland and Labrador, the National Capital Region and the Northwest Territories.

READ MORE: Prince William, Kate Middleton may relocate to be closer to the Queen

The Prince of Wales and The Duchess of Cornwall are coming to Canada as part of The Queen’s Platinum Jubilee this year.

The Prince and Duchess will attend a ceremony which “will reflect the province’s rich tradition of song and story and will include Indigenous performances,” reads a press release from The Prince of Wales and The Duchess of Cornwall. Prince Charles is also expected to deliver a speech at the event.

The royals will then visit the neighbourhood of Quidi Vidi.

The following day, May 18, The Prince of Wales and The Duchess of Cornwall will visit Ottawa.

The royals will join Governor General Mary Simon at the National War Memorial.

Afterward, Prince Charlies and Camilla will meet with members and organizations from Canada’s Ukrainian community.

The royals will also visit a school and the Royal Canadian Mounted Police (RCMP) Musical Ride.

Toward the end of the day, the Prince will attend a roundtable led by Environment and Climate Change Canada, followed by the Governor General’s reception at Rideau Hall, which he will attend with Camilla.

On the final day of the Canadian royal tour, May 19, Prince Charles and Camilla will travel to the Northwest Territories to visit Yellowknife and Dettah.

In Dettah, the royals will meet with the Dene First Nation community.

Later, the Duchess of Cornwall will visit a local school.

The Prince of Wales will visit the Canadian Rangers, followed by a walk next to the Dettah Ice Road with Indigenous leaders to discuss the impacts of climate change.

Finally, at the Prince of Wales Northern Heritage Centre, the royals will meet with innovative local food producers and  discuss Treaty 11. Dialogue about the treaty is expected to include its history and legacy in the Northwest Territories.

5:05
Prince Charles and Camilla coming to Canada for a Royal Tour

Prince Charles and Camilla coming to Canada for a Royal Tour – Apr 12, 2022

“This visit is a chance for us to showcase the evolution of our country, our diverse and inclusive society, as well as the resilience of Indigenous communities,” reads a statement from the office of the Governor General of Canada.

The Prince of Wales’s first official tour to Canada was in 1970. This will be his 19th visit to the country, having visited all 10 provinces and three territories in the past. This will be The Duchess of Cornwall’s fifth official visit. Her first tour of Canada was more than a decade ago in 2009.

61-Year-Old Accidentally Leaves Her Wallet at a Walmart Parking Lot – One Teen Drives Miles Just to Return It to Her
Podcast: What to know about “novelty hunting.”
How I Stopped Worrying About Running Out of Time to Achieve My Goals
Waitress Soothes “Fussy and Teething” Baby So Mother Can Finish Her Meal
In Honor of Groundhog Day: 5 Hilarious Times Bill Murray Made Someone’s Day a Little Extra