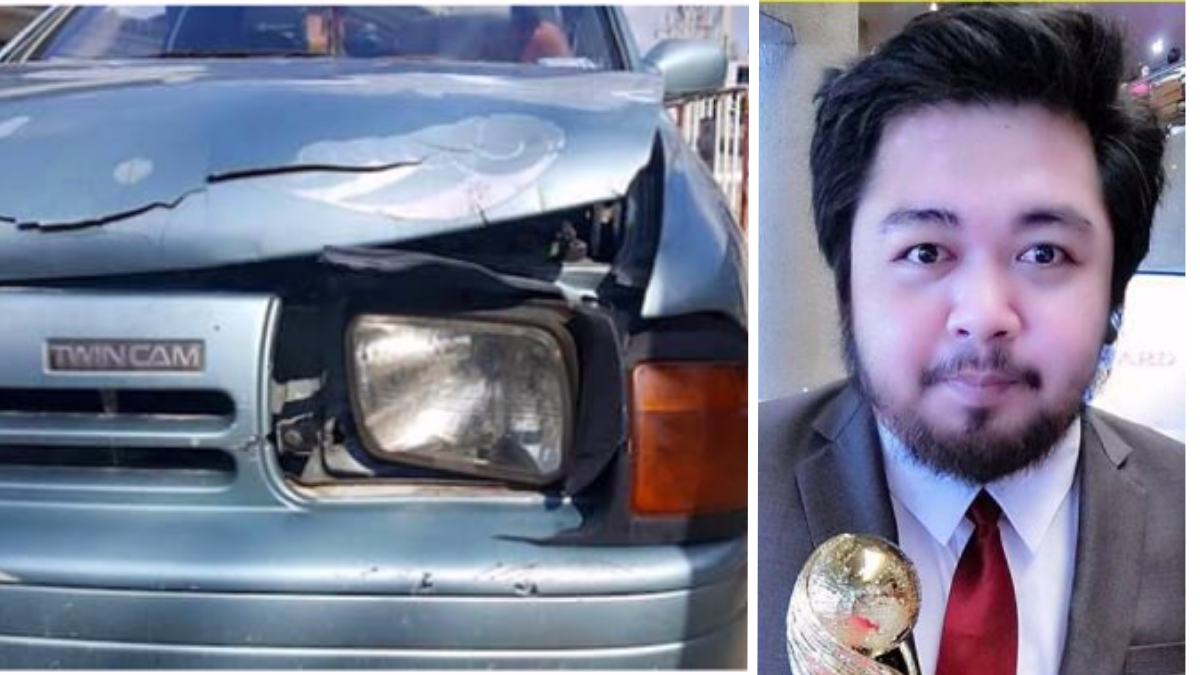 A fishmonger couple in Thailand were terrified after they accidentally “kissed” a Lamborghini in traffic, but in a surprising twist, the car owner showed exemplary generosity instead.

No one ever wants to be involved in a car accident. They’re scary and people can get hurt. But even if it’s just a minor fender bender and everyone is okay, car accidents can wreak havoc on your finances- especially if you’re not insured.

Unfortunately, one fishmonger couple in Thailand found themselves in that situation back in 2017. According to local reports, the couple was driving their battered work car in the Thai province of Nonthaburi, which is just north of Bangkok, when the driver “kissed” the back of a Lamborghini parked on the side of the road. In his tiredness, he accidentally mixed up the gas pedal and the brakes.

It was a small accident, but police on the scene naturally declared it was the fishmongers’ fault.

The couple was immediately fearful thinking about how much it would cost to repair the expensive sports car, especially since their own vehicle was damaged and needed repairs as well. Furthermore, they didn’t have insurance to help pay for anything.

The couple felt awful, and as they approached the Lamborghini, they knelt in front of it. When they finally faced the owner, they explained what had happened and how they didn’t have enough money to pay for repairs up front. So they offered to pay in installments.

The owner, having seen the minimal damage to his own car, had another idea and let them off the hook. Instead of paying for the repairs, he suggested that they use their money towards fixing their own car and to stabilize their finances a bit. When they did, he asked that they donate 3,000 Baht (roughly $114 CAD) to a temple instead, and to do that for a total of 10 times.

Naturally the couple agreed, and said they would happily do so under the man’s name.

The power of forgiveness

When people questioned why the man allowed the couple to donate to a temple instead of paying for the repairs, he shared a powerful message about the act of forgiveness and helping others.

I do not want to brag that I am rich but the reason is I do not want this couple to compensate me for the damages caused to my car is because I want people to learn to forgive others.

The owner wrote on social media

“My car is very expensive and so what? If this accident was not done deliberately, shouldn’t we forgive others with an open heart?” reported GoodTimes.

Many people in that situation would probably feel angry or frustrated that their car had been damaged, and would expect the people at fault to pay for it. However, this man reminds us all that sometimes in life you get dealt a better hand than someone else. He knew that the couple would be affected for years if they had to pay for the accidental damage to his fancy car, when he could easily afford the repairs himself.

He also drove home the importance of paying it forward when he asked the couple to donate to temples. By empowering them to perform a kind and charitable act of their own, it reminds us all that there’s always someone out there who either has it worse or is in greater need.

Sure, not all of us could afford the car repairs if someone else damaged our vehicle. But practicing forgiveness the next time a friend accidentally hurts your feelings, or a family member breaks something you’ve lent them, or a perfect stranger projects their bad mood onto you, can be a powerful and healing experience.

there is power in forgiveness

“Forgiveness is not an occasional act, it is a constant attitude.” – Martin Luther King Jr.

Deliveryman Arrives to Pick Up an Order From a Bakery – Breaks Down When He Finds Out Why His Own Name Is on the Package
Parents issue warning after teen dies from inhaling aerosol deodorant
Gary Vaynerchuk’s Life Advice Will Change Your Future | Gary Vaynerchuk Motivation (Gary Vee)
The two kinds of productivity advice
In Honor of Groundhog Day: 5 Hilarious Times Bill Murray Made Someone’s Day a Little Extra