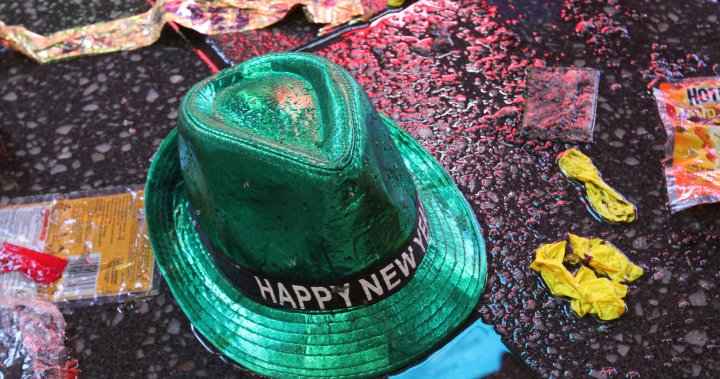 Whether it’s starting a new diet, reading more, travelling more or spending less time on your cellphone, New Year’s resolutions are a lot harder to carry out than they seem.

This happens because people tend to bite off more than they can chew and set such high expectations that lead to “big disappointment,” according to Powell.

“If you want to run a marathon, you’re not going to run 42 kilometres right off the hop,” she said.

Jumping right into a New Year’s resolution without any planning or support can lead to failure, Powell added.

“We get these ideas, but then we don’t look at all the steps we need to take beforehand,” she said.

According to a 2002 study in the National Library of Medicine, only 46 per cent of participants were successful in following their resolution six months into the new year.

A 1988 study also published in the National Library of Medicine, found that while 77 per cent maintained their pledges for one week, only 19 per cent followed them through for two years.

Tips to see your new year’s resolutions through in 2023

So what is the trick to setting a resolution that can stick past New Year’s Day?

“You want it to become part of your identity,” said Powell.

Being consistent with your goals and incorporating them into your everyday routine, will help to make them a habit, she said.

“Stack it with another habit,” she said. “What’s another habit that you do every day without fail? Is it brushing your teeth? Is it getting ready for bed?”

According to a 2009 study from University College London, it takes an average of 66 days to form a new habit.

“I love one per cent increments. Every day how can you do one per cent to move (closer) to your goal post? Consistency over perfection,” she said.

“We want to make sure that we’re doing it every single day and not just doing all of it at once in short bursts.”

Instead of the pressure of starting all at once, it’s also important to find your resolutions’ “lowest barrier for entry” and build up from there, Powell said.

“If you want to start meditating and your goal is to meditate for 20 minutes, what you want to do is find that lowest barrier for entry,” she said. “That might look like 30 seconds.”

One question that remains about New Year’s resolutions is whether Canadians are changing the goals they set for the coming year.

Polling done by Dalhousie University and Angus Reid one year ago suggested a sharp drop in the number of Canadians setting diet-related goals, with many saying they were looking towards more socially oriented goals like contributing more to food banks.

Prime Minister Justin Trudeau warned during a year-end interview with Global News that 2023 is “going to be a tough year.”

“Global recession fears, slowing down in the global economy, interest rates continuing to be high, inflation still lingering — it’s going to be tough.”

Canadians will “get through” the year ahead if they stick together, Trudeau said.


Powell pointed to the power of a support system for any Canadians who plan to make resolutions for what seems sure to be a challenging year ahead, and suggested taking the time to celebrate small wins can help fuel momentum.

Rather than doing it alone, having a support system in place to hold you accountable for your goals is also key, according to Powell.