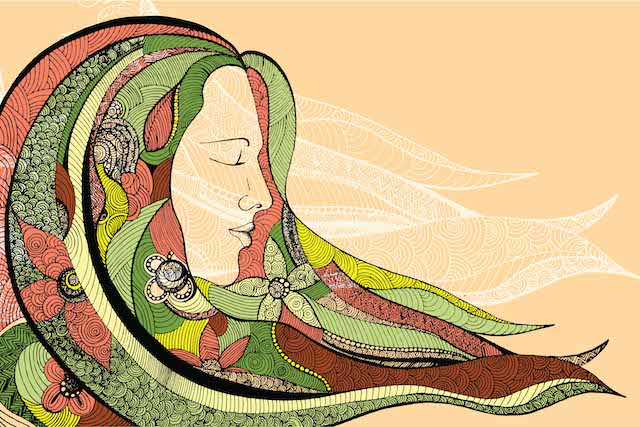 In my twenties, I worked for a Fortune 500 company at 401 North Michigan Avenue in downtown Chicago. It was fun to work in the city, and my office overlooked Lake Michigan—I never got tired of the stunning view. Weekends were spent with friends eating at unique ethnic restaurants and visiting comedy clubs, blues bars, art galleries, museums, and theater.

Chicago is a thriving city with a vibrant cultural life. I had a great time.

I eventually went on to get a Ph.D. at the University of Chicago, and after I completed the degree, everything in my external world nudged me to “get out there and do great things.” Fellow students were receiving grants, fellowships, and prestigious tenure-track positions at major research universities. My advisor (Mihaly Csikszentmihalyi, the author of Flow) was excited about my dissertation research and wanted me to publish.

Everywhere I went, freshly minted Ph.D.s were busily writing papers, interviewing, and speaking at important conferences. And if that wasn’t enough incentive, my department was being closed by the University, and administrators, faculty, and students were launching a massive fight to try to keep it open. The centerpiece of their argument was to show how their recent graduates (i.e., me…) were doing amazing, brilliant things in the world. Yikes.

I pushed myself—secluding myself away at a quiet retreat center for a week to try to focus, write a research article, and finally get serious about my academic career. My writing was stiff, contrived, and boring.

So, instead of launching an illustrious academic career, I moved to the wilderness of northeast Montana.

Montana enchanted me. Everything was so different. I fell in love with the spectacular natural beauty, but also the people who were so different from anyone else I’d ever known.

There were backwoods hippies living off the grid, musicians who played on homemade instruments, unique one-of-kind handmade houses, and artists of all kinds.

I moved in with a longhaired hippy in a teepee. My dog and I could hear the wolves howl at night, and we crossed paths with bears during the day. I immersed myself in the beauty of the wild with its craggy mountains and deep dark winters.

I was far, far away from the world of exalted professional accomplishments. Here’s what happened instead.

One day a bird flew in and got stuck between windowpanes when trying to get out. Another day, a neighbor’s stray dog got his eyelid hooked on barbed wire. (Ouch!)

In the city, my go-to response was to get the nearest person to help. But here in this remote area, there were no neighbors to be called. I managed to successfully extricate both animals on my own and without harming them further.

2. I developed a wide skill set.

In rural and remote areas, by necessity, you become a generalist. I did things I never would have done had I remained in the city.

I was asked to speak at a church service. I started leading creative writing workshops at the yoga center. I was asked by an artist to write a book about her work and the local paper invited me to participate in a community forum.

In the city, I held staunch beliefs about issues such as the need for gun control. Living in the country, I developed a deeper and more fleshed out understanding of diverse views. In rural Montana, churchgoers, new-age hippies, and hunters all mix together at the post office, grocery store, and local cafe.

My perspectives broadened. I was no longer automatically locked into a particular position. Whereas before I saw the world in stark black-and-white, I now saw shades of gray.

In the city, civic organizations can feel large and intimidating. In a rural setting, everyone pitches in.

I was asked to organize a United Way meeting. I became involved in the Rotary club. The employment agency asked me to lead a staff meeting,

5. I developed passions for different things.

I became proficient at river rafting. I spent weekends contra dancing. A band needed a bass guitar player and there was no one else around, so I volunteered to give it a try. (I loved it.)

I had no idea of the fun to be had in the country.

6. I discovered a freedom of identity.

I’d spent my life growing up in a conservative Midwestern family, then following corporate rules as a computer scientist before embarking on a rigorous Ph.D. program.

In Montana, I let myself break the rules for a while, stepping out of everything I had known and trying on something completely new and different. I discovered what it felt like to be free of roles and expectations.

A friend of mine, a massage therapist, absolutely loved her work. After several years, she decided she wanted to make more money and she made the rational decision to switch to a career in nursing. Since both professions involve healing work, she naturally believed nursing would be a good choice for her.

Years and tens of thousands of dollars later, she admits that she hates nursing. Logic doesn’t help us find our next step.

By the way, I also have a dear friend who loves being a nurse. This is not a story about nursing (or academia). It’s a story about uniqueness.

Our creative genius has a much different approach. It offers us unique, peculiar possibilities that our rational mind can’t see.

Your creative genius will take you in directions that you don’t expect and can’t predict ahead of time. Directions that aren’t a linear, incremental next step. Instead, they open up entire new worlds that you didn’t know existed.

When you’d like to make a change, feel blocked, or frustrated that whatever you’re doing is no longer working, consciously step back and imagine opening space for possibilities you hadn’t considered. This can be a challenge—your mind may have a hard time letting go of the reins.

You are more than your thinking mind. You have another, non-cognitive creative intelligence operating in your life as well. It’s your creative genius and it’s worth listening to.

Opening space for it will give it a chance to express itself.

The two kinds of productivity advice
Deliveryman Arrives to Pick Up an Order From a Bakery – Breaks Down When He Finds Out Why His Own Name Is on the Package
Haute couture goes ‘surreal’ and upside-down at Paris fashion show
I Have 2 Questions For You (Motivational Video) Fearless Motivation
Why I Didn’t Trust Myself to Make Decisions (and What If It’s All Okay?)