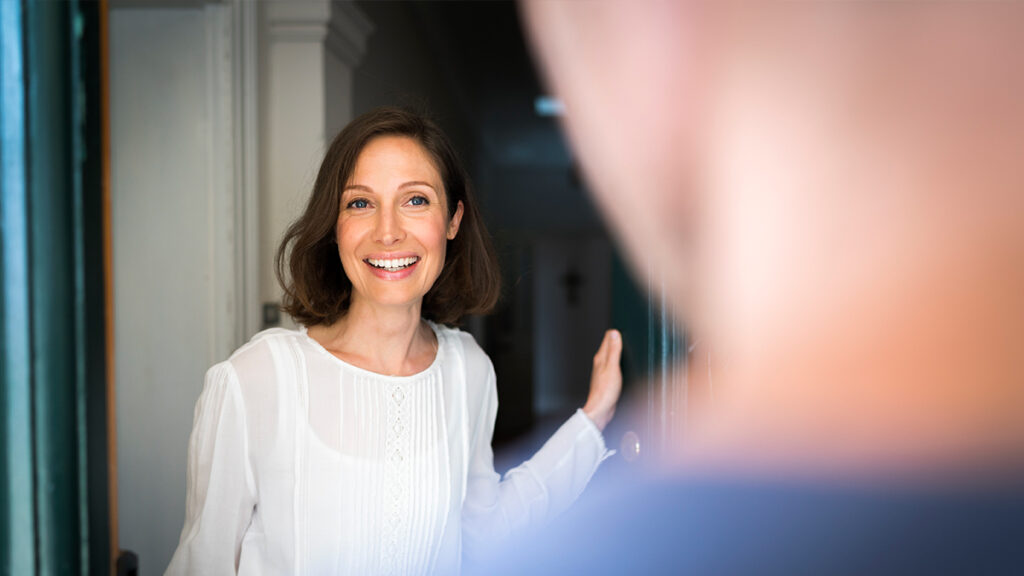 When it comes to establishing a healthy open relationship, trust and clear communication are paramount, just as they are in a committed monogamous relationship. That’s because an open relationship is not the same thing as swinging; there, it’s really all about sex had outside the of your primary partnership, just about the physical act, in other words, whereas open relationships imply a degree more connection between those other sexual partners, and quite likely involving many repeat encounters.

And an open relationship is not the same as polyamory, either: that term implies being in more than one sexual and emotional relationship at the same time, but with those commitments closed to any further romantic partners beyond the distinct relationships.

Two things need to be made clear before we go deeper here: open relationships are not for everyone, and in fact they’re probably not right for most people. Many folks have heard the rumours about Will Smith and Jada, and began thinking about what that could mean in their own lives.

It needs to be established that there is nothing wrong with an open relationship provided it works for all parties – sure, they may be uncommon and even frowned upon by some people, but those people have an easy solution to their displeasure with the arrangement: don’t have an open relationship.

What is an open relationship, anyway?

The term “open relationship” can really have multiple meanings, human behavior and thinking being as varied as it is, but in broad strokes terms that can be applied to most successful open relationships, it can be defined as an established agreement between two adults to maintain a committed emotional and romantic relationship but to allow for sexual contact outside the bounds of monogamy.

What an open relationship isn’t

Perhaps the best way to gain a fuller understanding of what constitutes a functional open relationship is to highlight a few things that are decidedly not part of one.

Most open relationships are not permanent. That is not to say that your relationship with your partner necessarily needs to end at some point, but it does mean that the open phase of the relationship will likely come to a close, whether by changes brought on by living arrangements, the advent of children, or simply the ever shifting needs and desires of two human beings.

Most importantly, though, an open relationship is never a secret; that’s simply called cheating and hints more toward issues of a narcissistic relationship than an open one that will work. If both partners are not 100% on board and on the same page, then the open relationship will not work.

There is no one-size-fits all answer as to the question of for whom open relationships will be a fit and for whom they won’t, but as you start to explore the possibility of trying one, there are a few factors to consider.

First, an open relationship can be a great way for as bisexual person to remain in emotional and romantic partnership with one person (be they a same sex or opposite gender individual) while allowing themselves to seek needed satisfaction with the other gender, as well. This works when both partners are bi, or it can work when the strictly heterosexual person has sexual contact with other members of the opposite sex.

And finally, it’s entirely possible for two people to be emotionally compatible, to deeply care for one another and to “get” their partner, but to simple not be all that sexually compatible, or at least not sufficiently so. In these cases, an open relationship can help sex not be the stumbling block over which the relationship trips and falls because the physical needs can be met outside the bounds of the committed partnership. This can be of the utmost importance when one partner is asexual but not jealous, or when one partner has a sexual kink not shared by the other party, yet understood and accepted.

The wrong time to try an open relationship

If your relationship is on the rocks, do not, repeat, do not turn to an open relationship to correct your course back to smooth sailing – that will only speed the sinking of the ship, to extend the nautical metaphor.

You need to have a solid foundation under any relationship that is going to go open, and that means first addressing and solving, as much as possible, the issues that you and your partner currently face. Patch things up, then open them up, if you both want to, but don’t open up and think things will heal, because anyway or, worse still, because of it – they won’t.

So you and your partner have talked it all through, you have asked dozens of meaningful couple questions, you understand each other’s emotional boundaries, the physical boundaries, and you are on the same page as far as short and long-term relationship goals? Then if you are aligned on all fronts, then go ahead with opening your relationship.

Just make sure that you are as open about your open relationship with any new potential sexual partner as you were in your primary relationship. Even it is likely to be just a one-time encounter, you owe it to someone with whom you will (or may) become physically intimate to tell them about the arrangement, and all the more so if it’s likely to be a repeated liaison. Some people, after all, may not be OK with your approach to open relationships, and they have the right to know and to opt out, and before they develop any sort of attachment to you.

In other words, as in any relationship, honesty counts, while stringing along is wrong.

Another thing to consider instead of and open relationship

If your issue is a frustration with a lack of sexual satisfaction or constraint by your perception of your partner’s perceived sexual boundaries, the solution may not be to go off and have sex with other people via open relationship, but rather to be more open in your existing relationship. More often than not, if you express a desire for new types of sexual behavior and an interest in trying new sexual activities, provided you are in a generally healthy relationship, your partner will be amenable to trying new things with you.

In fact, it quite often happens that the other party in the relationship also wants to try new things in the bedroom (or wherever works for you two) and that you will end up on the same page, sexually speaking, whereas bringing up the idea of a non-monogamous relationship may have ruined the committed relationship in which you were already living.

So, should you try for an open relationship?

As in auto repair, so too in love and sex: “If it ain’t broke, don’t fix it.” An open relationship is not something to enter into casually and without a serious think through of the potential complications and ramifications, which may include the destruction of a relationship that could otherwise have long endured. On the other hand, it may save the partnership, too.

Even if you never thought you were the kind of person who could be in an open relationship, compare the arrangement to friendship. You can have multiple close friends, can’t you? And while often you will be the closest to one person or to a very small circle, the more casual friendships beyond the inner core do not detract from those tight bonds.

An open relationship can work much like that, with the core relationship always the closest, most meaningful, and a sanctum of trust and communication, with a few other relationships also pleasant and fun, but not a threat to the center. Life is a strange journey, and this might work!