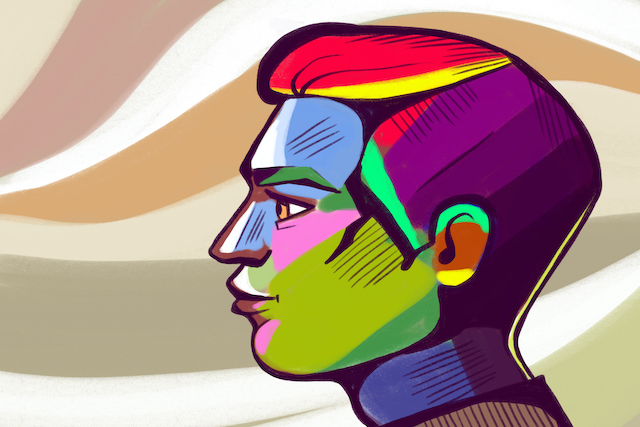 On September 23, 2015, Loukas Angelo was walking to his after-school strength and conditioning class just a few hundred yards from Archbishop Mitty High School.

He was approaching the outdoor basketball courts when he ran out into the street and was struck by a car traveling around thirty miles per hour. The impact sent Loukas flying down the street, and he was immediately transported to the closest hospital where he remained in critical condition.

I remember sitting on the couch later that afternoon when my phone started blowing up. Feeling curious, I shoved aside my history homework and decided to see what was going on.

Multiple people had sent some variation of the same text, “Yo. This is so sad. Did you hear about what happened with Loukas…?”

Confused and a little bit scared, I turned to Twitter and started looking through my feed. I was absolutely floored by the tweets that were being sent out by my friends and our high school’s Twitter page.

Similar to tragedies like the Boston Marathon, or 9/11, it was one of those moments in life where you’re always going to remember exactly where you were when you found out the news.

It was almost inconceivable to think about the fact that I had walked across the same exact crosswalk where Loukas was hit just fifteen minutes prior.

All throughout the night, support poured in from social media sites. The hashtag #PrayForLoukas was trending #1 on Twitter in my local area for several hours. I’m not a particularly religious person, but for the first time in years I said a prayer for Loukas before going to bed.

The next day at school was one of the most eerie, heart-breaking days of my life. I arrived at Archbishop Mitty High school that day to a campus that was completely silent. Although there were plenty of people walking through the campus, no one said a word to each other

As I walked toward my homeroom class, I remember seeing one kid carrying a ridiculously oversized backpack. It looked like he was at the airport preparing to leave for a month, and I let out a slight chuckle imagining what it was like to carry that thing around all day.

However, my smile was wiped off my face completely when I stepped through the door of the classroom.

Every one of my classmates was sitting there emotionless. Stone-faced. Not saying a word to each other. I sat down and did the same, as we were all preparing for an assembly in the gymnasium that was set to take place in about fifteen minutes.

The 1400 students funneled into the gymnasium and took their seats. You could hear a pin drop.

Our principal got up and gave a very powerful speech, which concluded with him leading the entire school in a prayer for Loukas. After a few others got up and spoke, the assembly concluded with a one-minute-long moment of silence.

The day after the assembly, the news broke that Loukas had passed away after being in critical condition for around forty-eight hours.

On September 25, 2015, Loukas Angelo lost his life at the age of fourteen years old

As we go about our day-to-day lives, we are inundated with thousands of thoughts, most of them the same thoughts that ran through our head the day before.

But very few of these thoughts, if any, are about our own mortality.

It’s a little scary to think about the fact that you and everyone you know will perish from this world.

No one knows when, but one day you will draw your last breath on this earth. Some people have the luxury of preparing for it, while others like Loukas have no idea that it’s coming.

But at some point, death comes for each and every one of us.

We all know this deep down, but it seems like so many of us live like we have unlimited time on this earth.

We put off spending time with family even though they can be taken from us at any given moment.

In other words, most of us go through life without coming to grips with our own mortality.

When Loukas passed, I obviously felt sorrow for his friends and family, who have to carry that burden around for the rest of their life.

But mainly, I thought about Loukas.

Given the nature of his death, he didn’t have any time to reflect back on his life. And given how young he was, if he did have that opportunity there wouldn’t be much to think about compared to someone on their deathbed at seventy or eighty years old.

Yet, I couldn’t help but imagine what he would be thinking about in his final moments had he been given that opportunity. What regrets would he have? What moments would he replay in his head over and over again?

Eventually, I started asking myself those same questions. It was a pretty cruel exercise that I was putting myself through, but it felt like a way to extract some meaning out of a terrible tragedy.

As I imagined what it would be like to contemplate my existence at the end of my life, I didn’t feel happiness or satisfaction. I felt regret and shame.

One common theme that permeated my consciousness was fear. I was only seventeen at the time, but I realized that essentially all of the regrets I’d have on my deathbed were a direct result of being afraid.

Fear of rejection. Fear of failure. Fear of judgement.

It was a brutal wake-up call. For the majority of my life, I had missed out on opportunities and experiences due to fear.

I was here alive and breathing, but I wasn’t truly living. Merely existing, acting as if the end was never coming.

How to Let Fear & Death Guide Your Actions

I’m twenty-two now, and since then my approach to life has been simple.

Twelve times per year, I do a monthly check-in with myself and ask myself one simple question:

At this very moment, what am I avoiding in life because I’m afraid?

The answers to this question inform me of exactly what changes that I should be making in my day-to-day life.

Most people run from fear, but my suggestion is to lean into it. It’s actually an incredibly accurate predictor of the changes that you should be prioritizing in your life.

It’s different for everyone.

Some of you may be afraid of changing careers and pursuing something that you love because of the uncertainty that comes with changing professions.

Some of you may be afraid of improving your social skills because that involves battling with the fear of rejection.

Some of you may be afraid of moving to a different city because you’ll have to leave friends and family that you care about.

If you have the courage to actually ask and answer the question, your fears will tell you exactly where your focus should be. It’s almost as if they’re calling out to you, saying:

“Don’t forget about me. If you don’t take action, I’m going to torture your thoughts when you get to the end of your life.”

Facing your fears is hard. Staying somewhere you don’t belong is even harder. But nothing compares to the pain of getting to the end of your life and knowing that you let fear stop you from doing the things you truly wanted to do.

Just like Jim Rohn said, “We all must suffer one of two pains. The pain of discipline or the pain of regret. The difference is that discipline weighs ounces while regret weighs tons.”

So I highly encourage you to ask yourself the question above each month and write down whatever comes to mind.

But once you’ve narrowed your focus, you can start taking small steps every day to overcome that fear.

If you’re afraid of social interactions and have been for years, start saying hello to people as they walk by each day.

If you’re afraid of starting a workout routine, start by walking for two minutes each day.

These initial bursts of momentum that don’t seem like they make any difference are ultimately the foundation upon which your biggest changes take place.

Do the things that you think you cannot do. Let the pain of not facing your fears override the pain of letting them fester for years and decades.

Your future self will smile down at you.

Justin is a young, ambitious self-improvement nut located in the Windy City of Chicago. His passion is to provide practical, action-based advice that people can use to facilitate change in their life. For further advice on building better habits, check out his website here or grab his FREE E-Book: 3 Steps to Creating Better Habits. This thirteen-page e-book will provide you with a step-by-step plan formula for building habits that stick.

This Year, Let Go Of The People Who Aren’t Ready To Love You
Waitress Soothes “Fussy and Teething” Baby So Mother Can Finish Her Meal
Four Priorities for Total Rewards Leaders in 2023 (i4cp login required)
Why I Didn’t Trust Myself to Make Decisions (and What If It’s All Okay?)
This Is How You Become the Best Version of Yourself in One Step | James Lawrence | Goalcast