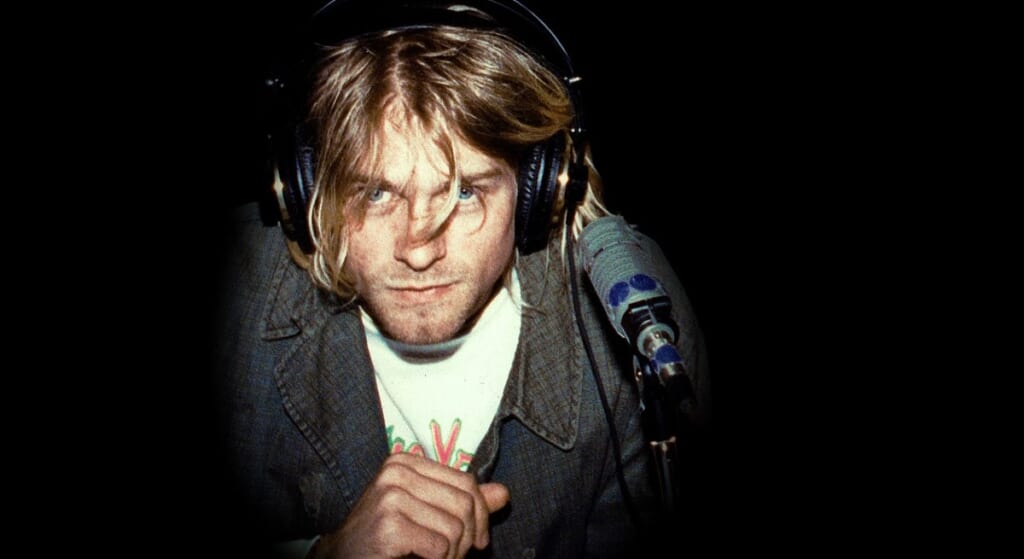 The old idiom that legends never die has been restored after a decades-old video resurfaced showing Nirvana icon Kurt Cobain saving a fan from allegedly being assaulted.

During a 1993 New Year’s Eve concert in California, Cobain stopped his performance mid-song to kick out a concertgoer after he supposedly sexually assaulted a woman during the show.

While spotting the incident in the front row, Cobain put down his guitar and rushed toward the assaulter.

What Kurt Cobain Did to Help a Female Fan Mid-Show

The now-viral video shows Cobain briskly walking to the edge of the stage, inaudibly speaking and pointing to the perpetrator. In the video, the then 26-year-old was visibly upset after sitting back down. While speaking into the microphone, the musician says, “Copping a feel, eh buddy?”

Cobain’s bandmates immediately joined in, pointing at the assaulter and saying, “Look at him! Look at him!” while laughing, adding “How does it feel, huh?” presumably asking the perpetrator how it feels to be shamed by an entire crowd.

RELATED: Kurt Cobain Remains a Powerful, Inspirational Figure – But Does He Deserve to Be?

After several more “look at him” jabs and sarcastic “ha ha has” from the band, the crowd goes wild and begins to applaud the musicians for standing up for the female fan.

According to the top comment on the YouTube video — which has over 300,000 views — Cobain had apparently had the woman who was assaulted come backstage after the show so the musician could make sure she was okay.

The video of the valiant move by Cobain and his bandmates can be found below:

How Kurt Cobain Rallied for Women’s Equality and Rights

Kurt Cobain was known to not shy away from his opinions.

He was passionate about women’s equality and often explained the meaning Nirvana’s most famous songs from a progressive standpoint.

RELATED: He May Be the Biggest Name in Music Today, but Justin Bieber’s Manager Was Once Paying for His Dinners with Quarters

During an interview in 1991, Cobain explained his thoughts on how he believed society could help decrease cases of sexual assault.

Cobain was adamant that the most important factor to eradicate sexual assault is for men to be educated better about its impacts.

Specifically, Cobain referred to a female friend of his who was attending self-defense classes for sexual assault. The musician says his female friend looked out the window during the class and saw a football pitch full of boys. “Those are the people that should really be in this class [learning],” Cobain recounted, citing his friend.

RELATED: Bob Marley’s Life Story: How a Boy Rose from the Slums to Change the World with His Music

During the same interview, Cobain said the song “Rape Me” from Nirvana’s In Utero album was his attempt to write an anti-rape anthem. He explained the meaning behind the popular song was to show women’s strength, specifically the theme that, “you’ll never kill me, I’ll survive this.”