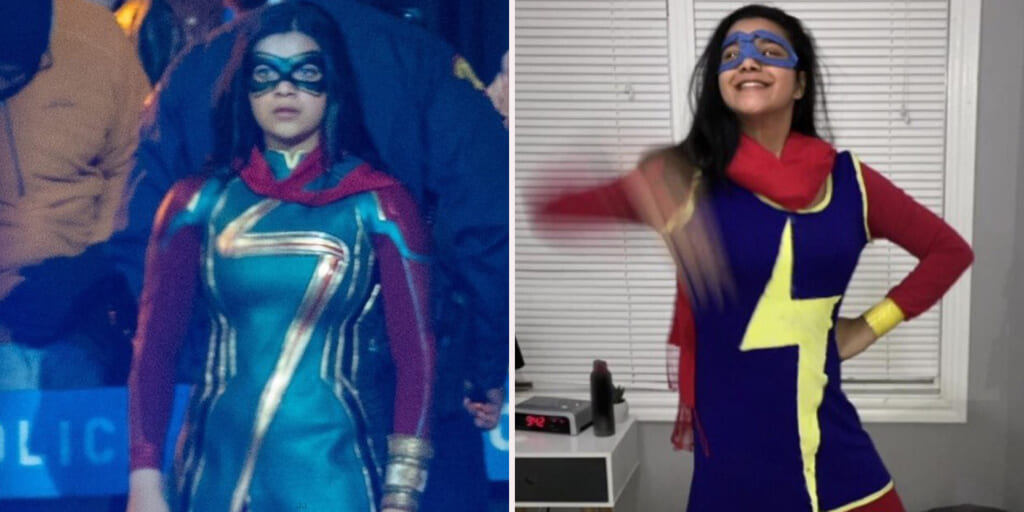 Marvel has spent the last two years putting out incredibly engaging shows, from the genre-bending WandaVision to the time-defying Loki. The latest show in this line-up is just as exciting, with reviews from its first episode positioning it as one of Marvel’s best shows yet. Enter Ms. Marvel, a new series about Muslim Pakistani teenager Kamala Khan’s journey to become a superhero.

Ms. Marvel is set to establish Khan’s origin story, detailing how she gets her powers, and eventually setting her up to appear in future Marvel projects. She’s already set to lead the 2023 film The Marvels alongside Brie Larson’s Carol Danvers and Teyonah Parris’s Maria Rambeau.

The Ms. Marvel series is already being regarded as ground-breaking, showcasing the first Muslim lead in a Marvel series. But its leading lady, 19-year-old Iman Vellani, is a phenomenon in and of herself – her starring role as Kamala Khan is her first major acting credit.

So how did an unknown actress from Markham, Canada, become the newest face of one of the world’s largest film franchises?

According to Vellani, she manifested it.

Fans have resonated with the idea that Ms. Marvel is a “love letter to the fans”, showcasing the dedication that fans within the MCU have to heroes like Iron Man and Black Widow. The first episode of the show revolves around the fictional AvengerCon, a huge gathering of fans coming together to celebrate the triumphs and sacrifices of the Avengers in the aftermath of their epic battle with Thanos.

RELATED: Why Natalie Portman Left Marvel Movies – And Why She Returned to Thor: Love and Thunder

Kamala breaks her parents’ rules and journeys to the convention in the hopes of winning a Captain Marvel cosplay contest. Her dedication to the Avengers is clear throughout the entire episode, striking a chord with fans in the audience who also draw comfort and inspiration from the MCU heroes.

Much like the character she plays, Iman Vellani is a Marvel super-fan, with Ms. Marvel holding a special place in her heart.

“I fully manifested this,” Vellani said in a recent interview. “I was a Ms. Marvel fan long before I even auditioned. I read all her comic books when I was in high school, I dressed up as her on Halloween. I really did fall in love with her – I felt like the comics were written about me.”

What is “Manifesting” – And How Can You Use It to Live Your Dream?

What does Vellani mean when she says she manifested playing Ms. Marvel? Manifestation is certainly a trendy topic. From TikTok trends telling you that you can visualize your way to finding a soulmate, to articles teaching you all of the ways that you can manifest your dream life, there’s no shortage of information available to curious minds. However, it all centres around one idea: It is possible to harness the power of your thinking to make any of your dreams into a reality.

Vellani has showed us a real-life example of this, going from dressing up in a homemade Ms. Marvel costume, to playing her on the big screen. Whether you believe in the power of manifestation or not, Vellani’s inspirational success teaches us an important lesson: it’s possible for your wildest dreams to become your reality.

Sometimes, all it takes is a little bit of luck and a whole lot of passion to become a real-life superhero.

Everyone Has A Monster Hidden Inside Them | Jordan Peterson Motivation
You Have Just Five Minutes Left to Live – What Are Your Deathbed Regrets?
11 Important Things I’ve Learned in 11 Years of Marriage
Neuroscientist: TRY IT FOR 1 DAY! You Won’t Regret It! Habits of The Ultra Wealthy for 2023
The Best Way to Deal with Dissatisfaction (It’s Not What You Think)