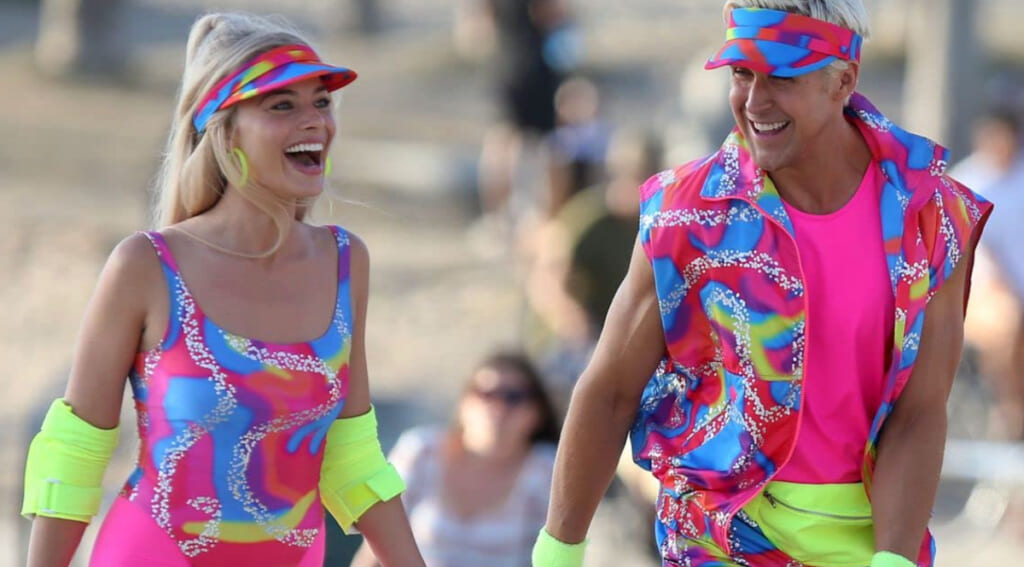 The Barbie live-action movie has been teased since 2016, but with little movement up until just last year when Margot Robbie signed on. But fans still have a year to wait to see their favorite doll in fluorescent action with a film release date of summer 2023.

Filling Barbie’s shoes, small as they may be, is no easy feat. Margot Robbie is set to play the iconic doll alongside a spectacular and talented cast, causing even more hype for the already hyped-up movie.

While Robbie as Barbie herself is the perfect size-zero fit, Ryan Gosling has stepped in to play her Ken.

RELATED: Margot Robbie and Tom Ackerley Built Their Romance on Secrecy and Friendship

The film is full of A-listers joining Robbie and Gosling on the big screen. There is also Will Ferrell as CEO of a toy company, along with Kate McKinnon, Simu Liu, and America Ferrera to name just a few.

Mattel’s Barbie doll is a controversial brand as of late. Some feel that Barbie encourages and imposes unrealistic standards for women, while others feel Barbie is a feminist representation who can go from roller skating at the beach to astronaut in a day.

The film will be directed and written by Little Women director Greta Gerwig, one of the few women who have been nominated for the Best Director Oscar. Under Gerwig’s direction, it’s safe to assume that the film won’t be put into the ‘Barbie’ box that we’re expecting.

Margot Robbie has been in some very high-profile blockbusters including The Wolf of Wall Street and Suicide Squad. Robbie has always loved the idea of being a feminist icon on-screen. “Those scenes where everything’s exploding around you, and you make it just in time, those massive epic war hero runs?” She tells British Vogue, “Those movie moments? Girls never get those. Girls never get those.”

Robbie is aesthetically a great choice to play the live Barbie doll, but with Robbie’s desire for more heroic female representation, It’s expected to see an empowering character narrative on-screen.

RELATED: How Ryan Gosling Dealt With The Unfair Reaction To His Breakup With Rachel McAdams

It seems that Robbie has the same expectations. “People generally hear ‘Barbie’ and think, ‘I know what that movie is going to be,’” Robbie tells British Vogue, “and then they hear that Greta Gerwig is writing and directing it, and they’re like ‘Oh, well, maybe I don’t…’”

Robbie has to fill the most famous (and tiniest) plastic shoes around. Her role is not only highly anticipated but is generating further excitement around the film as well. The question is whether or not the film will prove the criticism to be true or whether it will turn it into a feminist masterpiece.

How Barbie Has Celebrated Women Over the Years

Barbie isn’t just a pretty face anymore. What started out as the blonde doll we all recognize so easily has now become a platform for representation. She’s become a symbol of women’s empowerment through the recreation of real historic figures. Last year, Mattel released a line of dolls to commemorate the frontline workers during the pandemic such as the woman who co-created the AstraZeneca vaccine. They also featured professor Sarah Gilbert, professor of vaccinology at Oxford University, for her role in combating COVID-19.

The forward-thinking dolls don’t stop with women in STEM. The first Hijab-wearing doll was inspired by the American Olympic fencer Ibtihaj Muhammad. They feature historic figures such as Sally Ride, the first American woman in space, Amelia Earhart, and even civil rights hero Rosa Parks. Some others include Frida Kahlo and more recent celebrities such as Cher and Zendaya.

RELATED: The Best Self-Love Quotes That Will Genuinely Empower You

This type of representation and celebration of women is why many have changed their minds about the Mattel dolls. Barbies are not just thin and blonde anymore; they’re Black, Asian, old, young, plus size, and tattooed. You can now find a Barbie that looks like you – a luxury that didn’t exist when the dolls were first placed on shelves.

The doll itself still receives constant criticism, even with the steps forwards it’s made in terms of manufacturing and inclusivity. There’s a widespread belief that the money-oriented lifestyle and unrealistic body of a Barbie doll can hurt girls’ self-esteem. The blonde doll has always gotten flak for being conventionally beautiful. But is it right to demonize something like being beautiful when we’re trying to preach that every single person is beautiful? If the end goal is for girls to believe that beauty comes in different forms, we also need to acknowledge that form can also be thin and blonde.

RELATED: The 3-Step Process Jeff Bezos Swears by for Dealing with Criticism

While it’s with good intentions that many question the impact that Barbie’s look has on young girls, it’s important to note that the era of body positivity means positivity towards all bodies. It’s easy to see why Barbie is controversial and why there are many opposing opinions on this debate.

In the same regard, it’s crucial to note that Barbie has changed over the years. You can now find a Barbie doll in every shape, shade, or size you desire. Representation, inclusivity, and celebrating historic women are just some of the ways in which Mattel has shifted its view of what a Barbie is. Maybe it’s time we shift our view as well.

Will ‘Barbie’ Be a Film about Female Empowerment?

Time will tell if Barbie will be a film of women empowerment. The plot and nuances can only be analyzed fairly after the release. In the meantime, the power of deduction can be used to break down the objective and vision for the film.

Between Robbie’s excitement for heroic women on-screen and Gerwig’s past with empowerment in her personal achievements and her films, it’s safe to assume that this movie will be feminist-driven. Any movie can expect criticism and bad reviews, but the Barbie film is specifically under a watchful eye for themes of misogyny and sexism.

With all the positive changes that Mattel has made over the years to make Barbie a more inclusive doll, a bit of confidence in their handling of this movie is owed. The film is a chance for Barbie as a brand to show just how far they’ve come and how much they truly care about showcasing the strength and warmth of women around the globe.

Podcast: What to know about “novelty hunting.”
Mexico’s richest man lists $80M NYC mansion and it could break records
How to Show Up When Nothing About Your Life Is Perfect
Looking for love? 44% U.S. adults use dating apps to find long-term partners: study
Femcels: Inside the enigmatic subculture of involuntary celibate women