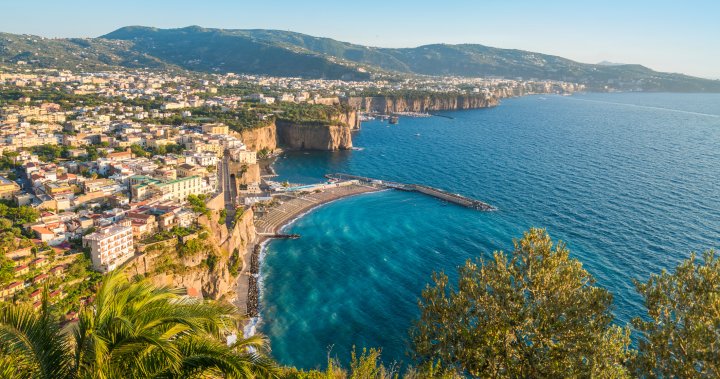 It is now illegal to walk around without a shirt on or in a bathing suit in the Italian tourist town of Sorrento, thanks for a new edict from its mayor.

Citing concerns over the “quality of life,” Mayor of Sorrento Massimo Coppola announced on July 6 that under-dressed residents and visitors in the town’s city centre will be slapped with fines ranging from 25 to 500 euros (around $30 to $650).

“No more with the indecent behaviour,” Coppola wrote in a statement. “That’s why I signed the ordinance that prohibits people from walking around with a bare chest as well as in swimming suits.”

Sorrento is a popular destination just south of Naples on Italy’s Amalfi Coast, making it a hotspot for beachgoers and boaters. But Coppola cannot bear to see any more bare chests in his quaint town.

“These types of behaviours can be considered as a cause for unease and discomfort for both Sorrento residents and tourists,” he wrote.

“In this way we want to protect and improve the worthiness of living, quality of life and the decor inside the city centre and public spaces,” Coppola added.

The Webb telescope also took pictures of Jupiter. Here’s why you probably missed them

Sorrento sits perched atop dramatic cliffs on the Sorrentine peninsula that overlook beautiful ocean vistas. The town has a historic city centre home to a web of winding alleys that helped earn the area a World Heritage designation by UNESCO in 1997.

The town of just over 16,000 has become so popular with visitors that local authorities had to introduce new driving rules to combat traffic through the peninsula, as reported by CNN.

The rules are in place between 10 a.m. and 6 p.m. during especially busy travel times: in August, on weekends from June 15 through to Sept. 30, and around Easter, from April 24 to May 2.

Sorrento has now joined the ranks of the island of Lipari and the famed city of Venice for banning swimsuits in town.

Haute couture goes ‘surreal’ and upside-down at Paris fashion show
The Rise of RockyNoHands | The Gamer Who Can Beat You At FortNite With His Mouth | #goalcast
Parents issue warning after teen dies from inhaling aerosol deodorant
‘It was my heart’: Women with heart disease face barriers to care in Canada, report says
Mexico’s richest man lists $80M NYC mansion and it could break records