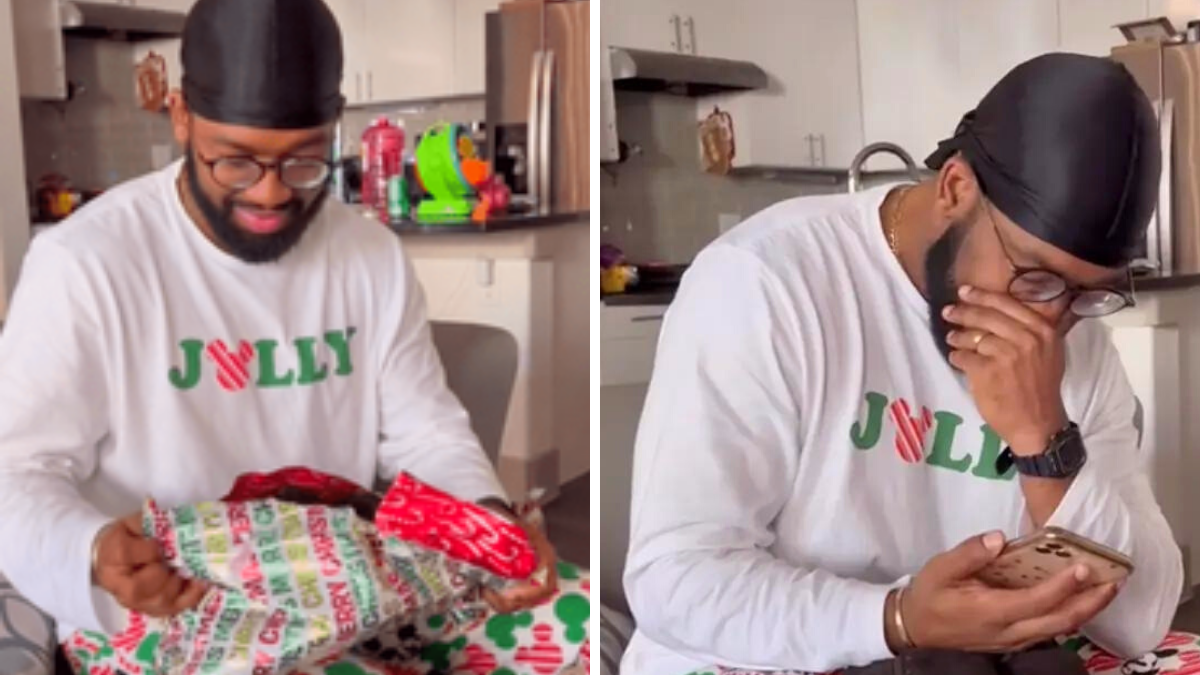 Student loan debt is a major problem across the United States, with total debt hitting 1.6 trillion in 2020 according to Forbes. Many of us grind it out at work day after day for the ultimate goal of being to one day pay off our crushing student loans. One lucky man’s student loans got wiped out all in one day, thanks to his amazing wife!

Jayla Henry, a 26-year-old influencer and stay-at-home mom from Texas hit a rough patch in her family when her husband lost his job in 2020. She and her husband, Tony, met during a college tailgate party and had been making ends meet thanks to Tony’s employment. When crazy COVID times hit and they found themselves without a steady income, the family had to rethink their finances. Luckily, Jayla had been working hard behind the scenes– building her following as an influencer.

Jayla had been building a following for a few years, and by 2020 she had a steady stream of brand partnerships and content deals bringing in revenue. The gig had previously been her side hustle, so the family was amazed when they realized she was bringing in enough money to pay the bills and keep the savings account growing at a healthy pace.

Unbeknownst to her husband, Jayla was squirreling away some extra money for her amazing surprise. She was also making some serious sacrifices when it came to her lifestyle, cutting out “nice-to-haves” and focusing squarely on the family’s needs. Soon, Tony found a job and the family was in an even better financial position.

Before I became an influencer I was a stay-at-home mom bringing in zero income, but I wanted to be home with my baby. Not once was I led to feel bad about it- only appreciated for all I did at home and with our son! That alone made me want to pay it back.

When Christmas morning came along, Jayla pulled out her phone to capture Tony’s gift on TikTok. Tony unwrapped his gift, a pair of shoes with the words “Debt Free” printed across the tops. Tony was confused at first, but quickly caught on when Jayla told him: “I want you walking around debt free.” His gratitude was palpable, and as soon as the video cut, Jayla burst into tears.

Seeing his appreciation was all I needed, but it also was so special to me that he cried too since he doesn’t do it often. He knew how much of a sacrifice I had to make in order to pay them. After the video cuts, I received the biggest, longest hug, a million ‘Thank yous,’ and an ‘I owe you the world now.’ I am just so happy we can close that chapter of debt!

Jayla’s actions had an unforgettable impact on the future of her family. While they still have some debt to pay off, the elimination of Tony’s student debt is a huge weight off their shoulders and an amazing step towards being totally debt free.

Sometimes, money means more than just material value– being debt free is an incredible step towards an autonomous life. If only we all had Jayla’s influence!

A Simple Plan to Overcome Self-Doubt and Do What You Want to Do
5 Ways to Start Healing from the Grief of Betrayal and Domestic Abuse
How to Live Your Dharma (True Purpose): The Path to Soul-Level Fulfillment
The Inspiring True Story of a Martian Invader | Cindy Healy | Goalcast
Here’s the cover of my next book! 🎉