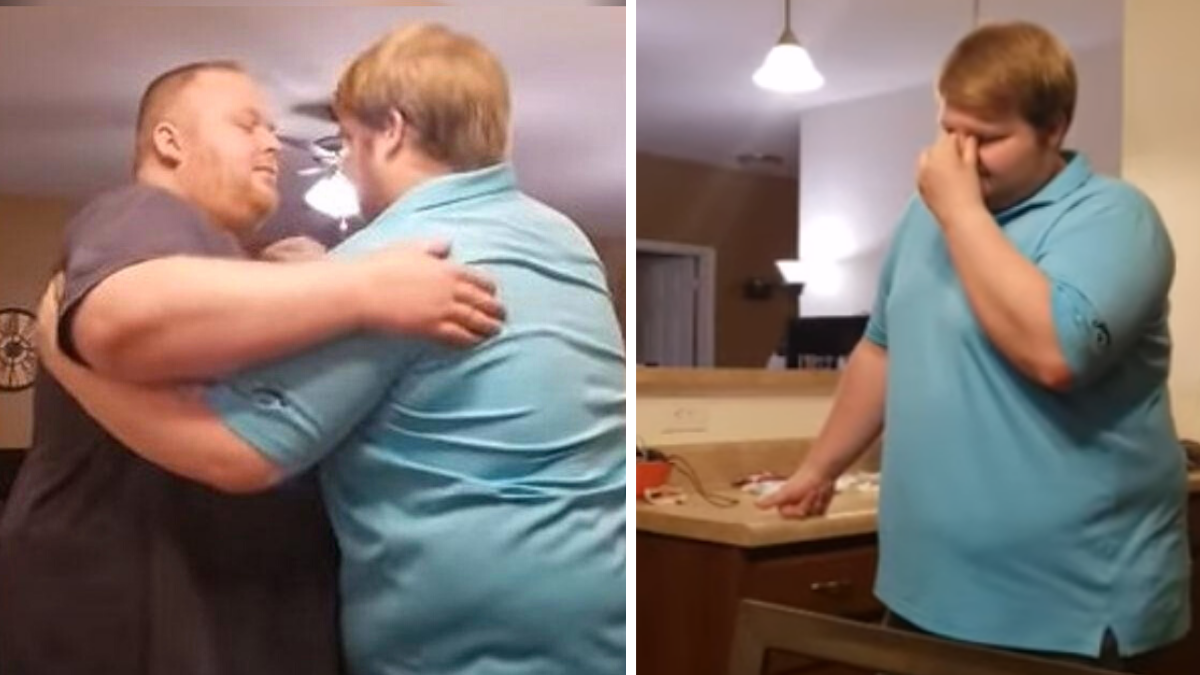 Even though they’re six years apart in age, Missouri brothers Todd and Alex Burkemper have always been really good friends.

So when the older brother saw that Alex had finished college, it was a no-brainer for Todd to invite his brother to move in with him.

Invited to move in

As a successful app designer and senior software developer, Todd managed to save up and have a home built in Wentzville, 30 miles outside of St. Louis, and had no problem sharing it with Alex. Still, after six months of his younger brother staying there, he understandably asked Alex to pay rent.

But what Alex didn’t know was that his older brother wasn’t collecting rent to pay down the mortgage. Rather, for two years he stashed away every penny- and added $150 per month of his own cash- so Alex could put a down payment on a home he could call his own.

On May 26, 2020, an offer on a house was accepted and their mom- who knew about the situation all along- filmed Alex’s reaction to the big news.

“Although Alex was puzzled when he saw me with my camera out, he was even more confused, then completely shocked, when Todd held up a screenshot of the savings account balance on his phone,” Barbara Burkemper told Good News Network. “Then, he told Alex the money was his!”

In the video, the brothers struggle to speak as their eyes well up with tears of gratitude. Touched by the video, Barbara decided to share it.

“After posting this story on my Facebook page that evening, and reading all of the heartwarming responses, I felt compelled to share this story of brotherly love with a wider audience,” she told GNN.

The generosity shown by Todd is just one of many amazing facets of his character. We are so very humbled by the awesome human being he has grown into.

The power of generosity

As we grow up, move out, and perhaps move in with a partner, we often become more distant from our siblings, which is part of what makes Todd’s gesture so special. That, and how unbelievably generous– and sneaky- it was for him to put such thought into something as big as helping his brother buy a home.

This story is a reminder that there’s nothing like sibling love, so if you have one, go give them a hug or at least a phone call.

appreciate the people in your life

“If you have a brother or sister, tell them you love them everyday.” – Amaury Nolasco.

How I Stopped Worrying About Running Out of Time to Achieve My Goals
How To Find True Happiness | David Meltzer Inspirational Speech | Goalcast
In Honor of Groundhog Day: 5 Hilarious Times Bill Murray Made Someone’s Day a Little Extra
How I Stopped Feeling Embarrassed and Ashamed of Being Single
How to Un-Stub Your Toe on the Nail of Life | Eric Bailey Motivational Speech | Goalcast