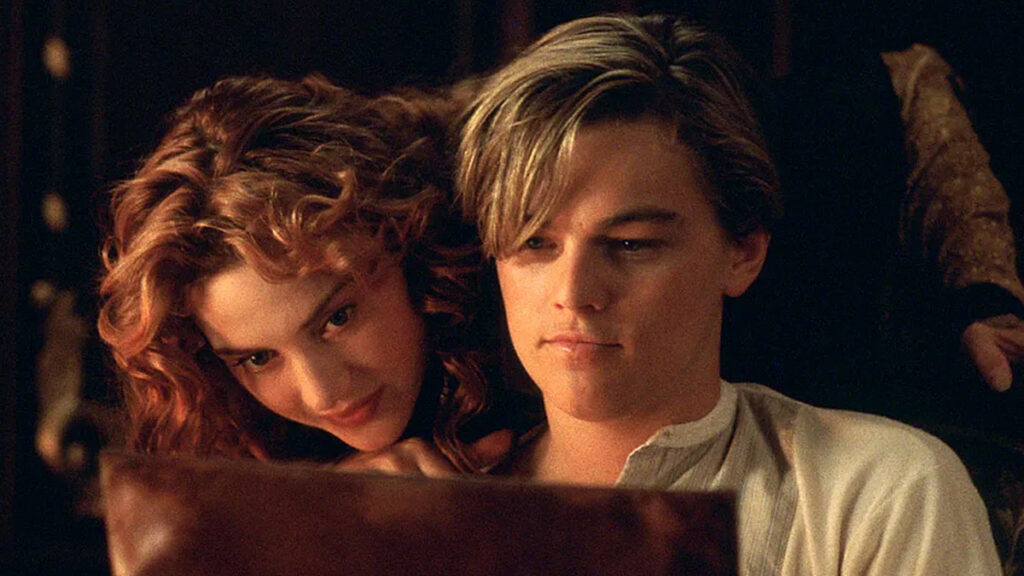 Leonardo DiCaprio and Kate Winslet have enjoyed a decades-long relationship built on mutual respect and love.

The pair first met on the set of 1997 smash hit Titanic, which grossed over $1.8 billion (yes, billion) at the global box office and catapulted them to A-list status. Both actors were in their early twenties (she was just 21 while he was 22) and were still finding themselves — both as artists and as individuals.

It was this unusual shared experience that helped solidify an unshakeable bond between them. In the 25 years that have followed, they’ve continuously made fans swoon with their sweet friendship. With that achievement, it’s time for us to look into and remember the importance of platonic love.

Leonardo DiCaprio and Kate Winslet’s on-screen chemistry stole hearts around the world and left many fans hoping that life would imitate art. In fact, a potential off-screen romance between them continues to inspire fanfiction to this day. However, theirs was a different kind of love from the very beginning.

Speaking with Vanity Fair back in 1998, Winslet conceded DiCaprio was attractive and even “probably the world’s most beautiful-looking man,” but explained that their union was destined for a different kind of greatness.

“To me, he’s just smelly, farty Leo,” she joked, later sharing that they “never fancied each other.” Rather, they bonded over common interests, the fact that they were both “really very young,” and the film itself, which proved to be “seven months of very intense work.”

RELATED: The Truth Behind Will Smith and Mariah Carey’s Unexpected Friendship

From that common ground stemmed trust, a mutual admiration, and what Winslet has called “one of the greatest friendships of my life.”  DiCaprio agrees and has dubbed her one of his best friends and his forever “homegirl.”

Given how young the two actors were when they first met, it wouldn’t have been a surprise to see them grow in separate directions, but as they show us, a true connection can withstand anything, whether it’s time, distance or even fame.

Indeed, DiCaprio and Winslet’s friendship hasn’t wavered and they even worked together again on 2008’s Revolutionary Road. The film was actually directed by Winslet’s then-husband, Sam Mendes, and as she told kinowetter, the on-set dynamic was “really great.”

That’s because when you accept that you can have different kinds of love in your life and you’re open and honest about them, they can come together without drama. Working with DiCaprio, whom she called “the best actor of his generation,” also gave Winslet the trust and confidence to push her acting and be the best possible version of herself, which is something that paid off during awards season as she won the 2009 Golden Globe for best actress.

RELATED: The Truth Behind Justin Bieber’s Unlikely Friendship With Usher

While accepting the award, she made sure to thank her husband and her kids, but also her bestie. “Leo, I’m so happy I can stand here and tell you how much I love you, and how much I’ve loved you for 13 years,” she gushed, enthusing, “Your performance in this film is nothing short of spectacular and I love you with all my heart. I really do.”

Their bond also extends far beyond the professional realm. The award-winning twosome has been known to hang out at DiCaprio’s Saint-Tropez home; they like to quote Titanic at one another because, as Winselt shared, “we find it really funny,”; and they genuinely love being a part of one another’s biggest life milestones. Case in point: When Winslet secretly tied the knot with Ned RocknRoll in 2012, DiCaprio reportedly walked her down the aisle and gave her away.

Platonic love continues to be one of the most misunderstood types of love, and that’s a real shame. Many of us still have the tendency to assume that such a bond is simply impossible because one (or both) parties are sure to develop romantic feelings.

It’s a misconception so common that it’s been the basis of many rom-coms, including the timeless classic, When Harry Met Sally… However, Billy Crystal’s infamous proclamation that “men and women can’t be friends” is simply untrue. In fact, as Healthline points out, platonic relationships aren’t just possible, they’re important.

The fact is that platonic love between two individuals can be a great gift. It can be the basis for a wonderful, fulfilling relationship in which both parties offer each other unconditional love, lift each other up, and have an all-around good time filled with laughter and joy — exactly like Leonardo DiCaprio and Kate Winslet have.

If there’s one thing the pandemic has taught us about human connection, it’s just how important friendship is for our overall mental health and wellbeing. It’s something the two actors learned firsthand as they were unable to meet up for close to three years.

Opening up about their first post-lockdown reunion, Winslet told The Guardian, “I couldn’t stop crying.” Explaining why she was so emotional, she shared, “I’ve known him for half my life” and not being able to “have dinner or grab a coffee and a catchup” took a real toll. “Like so many friendships globally, we’ve missed each other because of COVID,” she said, gushing, “He’s my friend, my really close friend. We’re bonded for life.”

As these two show us, love can take on many forms and is truly a gift to be charished, no matter how it manifests itself. Whether or not it goes against outdated norms should be of no concern, as long as the union in question enriches life, like it clearly does for DiCaprio and Winslet.

What Is Emily Blunt and John Krasinski’s Secret to Staying Fantastic Forever?

Couple Has Been Divorced for 28 Years – But, Woman Notices Her Dad at Her Mom’s House for This Surprising Reason
Mom Alone at Home With 4-Year-Old Son Falls Unconscious – He Steps in With a Skill He Learned the Day Before
A Simple Plan to Overcome Self-Doubt and Do What You Want to Do
My Deepest, Darkest Secret: Why I Never Felt Good Enough
5 Ways to Start Healing from the Grief of Betrayal and Domestic Abuse