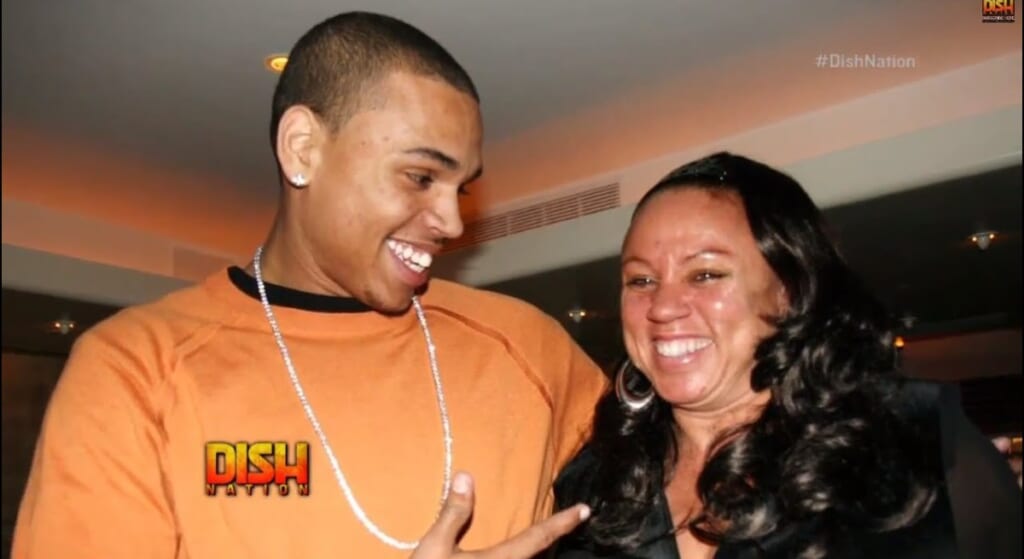 Chris Brown is a successful entertainer known for his singing, song writing, and dancing, among other things. Similar to Michael Jackson and Elvis Presley with their own genres, Chris Brown’s status as one of the most successful R&B singers of his time led to the moniker “King of R&B.” From his debut single topping the chart to his current albums, Chris Brown has established himself as one of the best-selling music artists in the world, having solid over 140 million records globally in his career.

Brown’s fame in the last few years has veered more towards infamy with multiple allegations of violence toward women including girlfriend at the time, Rihanna.

Despite the fame that pushes their image onto the public, celebrities do not necessarily overshadow their relatives, even if they do not work in the same industry as them. Sometimes, the relatives get in the public eye without necessarily needing the help of the celebrity themselves, even if the headlines make the connections. This is the case with Chris Brown’s mother, Joyce Hawkins. While the fact that her son is famous played a role in the media articles about her, Joyce Hawkins’ own decisions, skills, and occupations have been the subject of several pieces.

Joyce Hawkins was born on October 7, 1964. Like her more famous son, Hawkins works in the media and entertainment industries, primarily as a social media personality and businesswoman. Despite Chris Brown’s overwhelming success and his frequent appearances on Hawkins’ @mombreezyofficial social posts, she seldom ventures in the musical world beyond promoting and celebrating her son’s work.

As an entrepreneur, Hawkins started her professional life as a director for a daycare center. She eventually moved on and joined the fashion industry, of which she is a part to this day. She owns her own online boutique called Rose Marron. The store serves as a platform for her clothing line and the products related to it that she sells. The business can be found on Instagram, a platform on which Hawkins herself is frequently active.

Her store has 14.7k followers, whereas her personal account boats 431k followers. Hawkins has been reported as a costume designer with a “good sense of fashion and style”, making her an example of a successful celebrity relative that does not depend on their loved one’s career to reach their goals.

On top of that, her products target all ages, so her business can successfully cater to as many demographics as possible. It seems to be going well for her, since her net worth of $2 million is mostly a product of her entrepreneurship and not a result of her being Chris Brown’s mother.

Joyce Hawkins was originally married to Clinton Brown, a corrections officer at a local prison, with whom she had her son. Aside from Brown, she has a daughter called Lytrell Bundy, who is also nicknamed “Tootie.” Lytrell is the older child, and Brown is the youngest. After the couple divorced due to “irreconcilable differences” when Brown was only six years old, Hawkins focused on her own interests and responsibilities as a mother.

RELATED: 13 Mother Daughter Tattoos Ideas that Will Convince Your Mom to Get Inked with You

She has yet to be connected to another relationship by the public. Both parents stayed close with their children after their separation, and Chris has no problem relying on his father for advice even after becoming wealthy and famous. Unlike her brother and mother but like her father, Lytrell is very private, so not much is known about her, so the only known grandchildren that Joyce Hawkins is known to have are Chris’ children Royalty, Aeko, and Lovely.

Hawkins is the one adult in Brown’s immediate family to be as remotely open to the public as he is, but the recent media attention she received isn’t related to her family whatsoever. Instead, it was her surprising and dramatic physical transformation thanks to plastic surgery. The metamorphosis was shocking mainly due to how radically different Hawkins looks today.

RELATED: The Truth Behind Eminem’s Fraught Relationship With His Mother

Her current appearance is not only a far cry from what she used to look like; it is completely different. Hawkins previously looked her age, if not slightly younger, but her current pictures have shown a different haircut, eyes, and skin. She looks like she belongs to a completely different generation, which was the main contributor to the surprise factor.

Even with the controversy surrounding Brown’s relationship with Rihanna and the domestic abuse allegations that followed it, Hawkins keeps a close relationship with her son. They regularly assist each other with their work, and Hawkins herself saw her son’s musical potential at a young age.

Brown especially appears on his mother’s social media posts fairly regularly, and his children are often seen with their grandmother too. Overall, while Brown does not have the saintliest of history regarding romantic relationships, he seems to be doing fine with his own parents and children. Likewise, Joyce Hawkins, although active to the public eye as an entrepreneur, never seems to prioritize her work at the expense of her family.

A More Colorful Approach to Meditation—Creating Your Way to Peace
If You’re Feeling Judged: One Thing You Need to Understand
How a social media group dubbed Mom Jeans is helping people fight inflation
Son Reunites With Birth Mother After 20 Years — Realizes They Worked at Same Hospital
High-Performance Companies are 6x More Likely to Have “Fit” Cultures (i4cp login required)