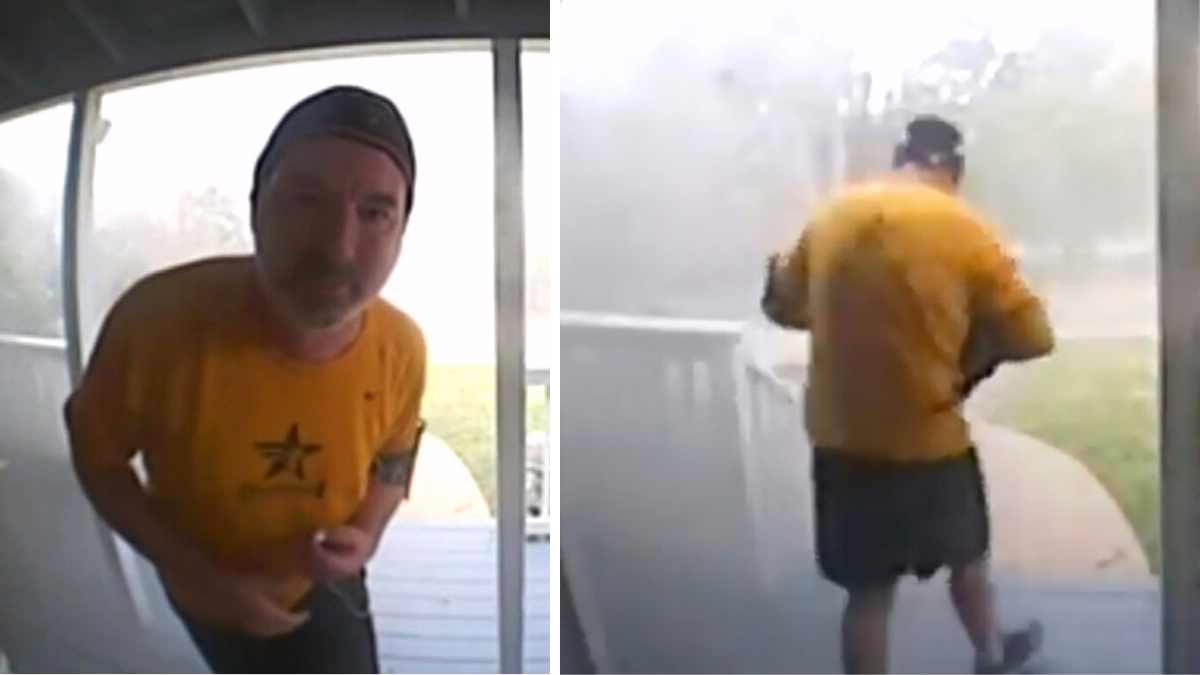 Paul Murphy, from Scotts Valley, California, was jogging when he saw smoke dispelling from the Polito family’s garage. Trying to alert the family, he ran up to the Ring Camera, a home security device that shows the homeowner what occurs outside their front door.

Courtney Polito finally answered when she saw Paul running back in forth in front of her house via the doorbell camera. She wasn’t home but out-of-town with her family.

“Hello. There’s smoke coming out of the top of your house,” Paul told Courtney through the camera.

Courtney could hear the smoke alarms, verifying Paul’s statement, and immediately gave him the security code to get inside the house, where the family’s pets were trapped.

It was terrifying. When I answered the doorbell and saw the smoke, I panicked immediately.

Courtney Polito to Inside Edition

After unlocking the door using the code, Paul ran inside the house in order to rescue the animals: two Dachshunds, a rabbit, and a cat.

“The first thing that went through my mind was, ‘Get my pets out of the house, please,’” Courtney said.

He went in not just once but twice in order to carry all of the animals out. Fortunately, they were all safe.

It takes a special kind of person go into a burning house to save animals.

Because of Paul’s quick thinking and bravery, the fire did not spread past the garage.

I just want to thank him so much and let him know how thankful we are. My kids, my husband, we would be devastated if we lost our pets, let alone our home.

Still, the house did not come out unscathed. In addition to the house suffering from smoke damage, cabinets, Christmas presents, and the family’s Chevy Blazer were damaged as well.

According to Scotts Valley Fire Battalion Chief Andrew LoFranco, this is “the first for our agency where someone uses a Ring doorbell system to alert the 911 and the homeowners.”

When Paul Murphy saw smoke coming from a Scotts Valley home, he stopped and rang the doorbell.

The owner, who answered remotely, gave him the door code and pleaded with him to save her dogs.

Look out for others

Paul saved the Polito family from heartbreak by alerting the family of the fire and rescuing the pets from inside. By taking the time and energy to look out for his neighbors, Paul saved what is irreplaceable: a family’s home and pets. Take after Paul and do not hesitate to help those around you, even if it’s in an unconventional way -like using a doorbell camera.

look out for others