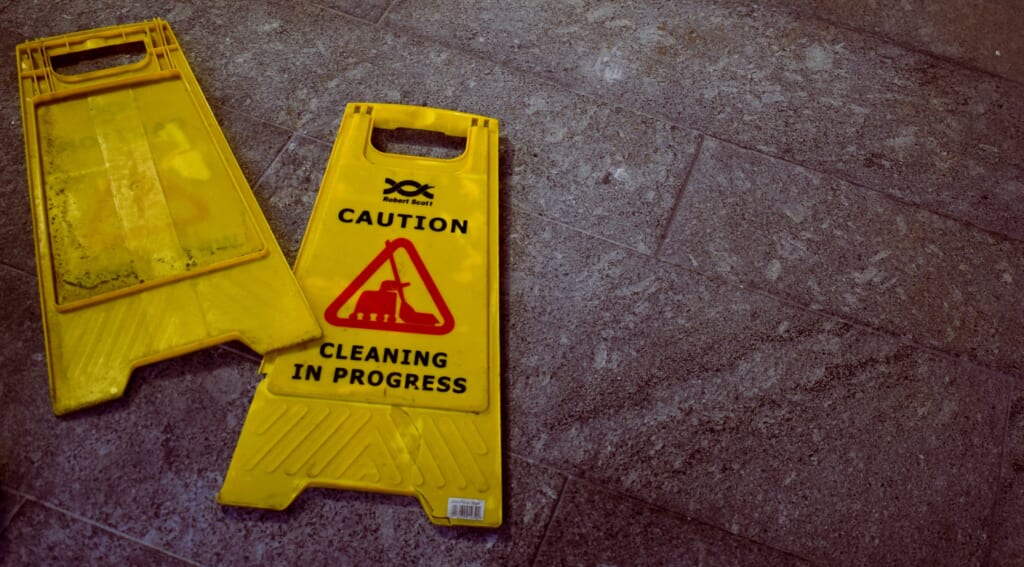 One man has become the principal at the very school he once cleaned as a janitor, proving that hard work and dedication can get you where you want to go.

Mike Huss says he feels “blessed” to have had his expansive career and to start a new chapter at Ione Elementary School in Ione, California, a small town outside of Sacramento. This new chapter consists of him leading the school as the principal, but his first chapter started as the janitor.

Huss Went Above and Beyond His Role as Custodian

Not only did Huss keep the campus clean, but he also made a point to connect with the students.

“A lot of teachers here at Ione Elementary kept saying, ‘You’re wasting your time. Look at these kids. They are attracted to you … and they want to be around you and they learn from you. You need to go back and became a teacher,’” Huss said.

But becoming a teacher was never Huss’s plan.

He took the job as a janitor so he could support his wife Karen as she pursued her dream of going to college. For Huss himself, higher education wasn’t something he was interested in.

However, after he and Karen had their first child, he had a new motivation to become a teacher.

“When my son was about 3, I said, ‘You know what? I want to show my son that you can keep growing in life,’” Huss said. “I know he was young but between the encouragement from the teachers on campus and the motivation to do something to show my son [that] nothing’s impossible, I went back to school in the late ’90s to get my teaching credential based on those inspirations.”

RELATED: Blind Fan and His Cousin At Football Game Go Viral – What Happens Next Takes Them By Surprise

That’s when Huss began balance his full-time job, his role as a father, and school. Huss would work from 2-11 p.m. on Mondays, Wednesdays, and Fridays and from 6 p.m. to 2 a.m. on Tuesdays and Thursdays while he attended Sacramento State during the day. This juggling act lasted four years.

“I was working 40 hours a week, coaching my niece’s softball team. I was going to school Tuesday and Thursday all day,” Huss said.

Less than a week after his graduation, Huss was hired as a teacher at Ione Elementary.

“I was literally the school janitor on a Monday. I worked a double shift. I worked from 6 a.m. till about 10 p.m. that night, getting the school ready. The very next day, Tuesday, I was in my first teachers’ meeting. Thursday of that same week, I had my first class,” he said.

Huss Went on to Work as a Teacher for 19 Years – Now, Huss Is the Principal

Mike Tyson has been making the world laugh for decades by telling the story of catching his ex-wife Robin Givens cheating with Brad Pitt. But is there more to the story? Our team uncovers the dark truth behind Mike’s story. It all ties back to the question, did Mike abuse Robin? For years, the media hid Mike’s darker side. Our team gets to the truth behind the Brad Pitt story and unravels the web of lies surrounding the abuse to find out what really happened between Mike and Robin. Mike Tyson has been making the world laugh for decades by telling the story of catching his ex-wife Robin Givens cheating with Brad Pitt. But is there more to the story? Our team uncovers the dark truth behind Mike’s story. It all ties back to the question, did Mike abuse Robin? For years, the media hid Mike’s darker side. Our team gets to the truth behind the Brad Pitt story and unravels the web of lies surrounding the abuse to find out what really happened between Mike and Robin. Travis Barker seems totally obsessed with Kourtney Kardashian, but was she his second choice? Travis’ ex-wife is accusing him of cheating with Kourtney’s sister Kim, and Travis himself admitted that he was a serial cheater for years and that he couldn’t take his eyes off Kim. Travis claims that a deadly plane crash changed his partying, drug use and cheating ways – but did the’ near-death experience really change him or is he repeating the same mistakes with Kourtney? Everyone thought Ciara’s ex-fiancé, Future was attacking her new husband, NFL superstar Russell Wilson because he was jealous. But we did some digging and found out that Future called off the engagement, just 3 months after Ciara gave birth to their son. So why was Future attacking them? We discovered that when the Paparazzi caught Russell with Future’s son, everything changed. In court documents Ciara said she was scared for Russell’s life, but did she have a bigger part to play in the attacks than the media let on? Shania Twain lived every woman’s nightmare when her husband cheated with her best friend. Her friend Marie Anne lied right to her face when Shania confronted her about it. Shania then shocked the world when she married Fred, Marie-Anne’s ex-husband. The tabloids ate it up, claiming she was doing it for revenge. Was she?

It has only been a few weeks since Huss took over, but he has a lot of support.

“I really think that I can do this job … because I have the support of everyone,” he said. “I have to try my best every day for them. And at the end of the year, I’ve told many people if the worst thing I say is, ‘I tried my best and failed,’ I’ll try my best again next year and hopefully be even better. And I try to keep that perspective.”

The Amador Country Unified School District, his staff, and his students have helped him in his new role.

“They give me hugs and say, ‘You’re doing a great job,’ and it’s really cute to see a first grader tell you that. ‘You don’t even know what I’m doing. But thank you very much for saying it.’ But they see me out and interacting so I think to them, that’s all that matters,” Huss said.

Huss has referred to his work as “a very rewarding career” and wants others to learn the importance of schools and teachers from his story.

“What I want people to understand is that there are really good teachers out there doing really amazing jobs,” he said. “It’s just about growing a world, making it a better place.”

Huss put in the work and time, and with a community behind him, he went from being the school janitor to being its principal. His story shows what’s possible when you put your heart into achieving your goals and when you surround yourself with people who encourage you along the way.

You can be extraordinary.