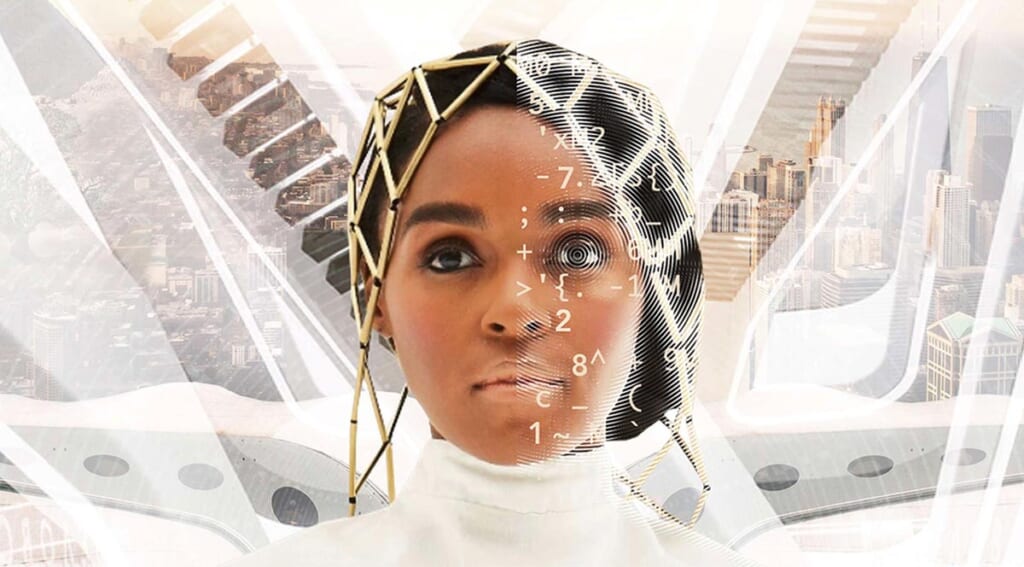 Janelle Monáe wears many hats — singer, songwriter, rapper, fashion icon, science-fiction author, and actress, to name just a few. Of course, she’s also an eight-time Grammy nominee. But her identity runs deeper than her many talents.

A longtime boundary-bender extraordinaire, Monáe is also famous for being vocally, unapologetically, and joyfully non-heteronormative — in art as in life.

Although many fans know her best for the three critically acclaimed albums she released in the space of eight years, Monáe most recently collaborated with a group of five other acclaimed female and non-binary authors to publish her first book (a New York Times Bestseller), The Memory Librarian: And Other Stories From Dirty Computer.

The book is a cyberpunk short story collection that breathes new life into the Afrofuturistic world introduced in her last album, Dirty Computer (2018). The stories’ protagonists struggle to embrace aspects of their identities like gender plurality, race, queerness, and love — all while living in a future reality much like our present one, where individuality is regularly challenged. But, despite the many costs of freedom, there is also a deeper sense of celebration to be found there.

Monáe herself is no stranger to juggling different identities. As of 2018, she has been very open about identifying as bisexual and pansexual. More recently, she also came out as non-binary. Monáe uses her/she and they/them pronouns interchangeably.

When she first came out, Monáe says she had people asking her, “What is a pansexual? Okay, I think I might be pansexual.”

“Even people thinking that I literally slept with pans and pots in my kitchen,” she recallled, amused. “But it was great that people were learning,” she adds.

RELATED: Top 24 Ellen DeGeneres Quotes to Inspire Pride in Who You Are

“I want young girls, young boys, nonbinary, gay, straight, queer people who are having a hard time dealing with their sexuality, dealing with feeling ostracized or bullied just being their unique selves, to know that I see you,” she told Rolling Stone.

But this particular trailblazer hasn’t drawn the line at empowering people to come out. A long time activist, Monáe is also known for her work with Black Lives Matter, with a special focus on honoring Black women and girls killed by police.

To her, all who are marginalized and seen as “other” are worthy of our special attention.

In addition to the facets of her identity pertaining to gender, sexuality, and race, Monáe is also well known for identifying as an android, or half computer, as she puts it.

“I’m an andoid, so I’m half human, half computer. That’s literally how I feel in my body,” she recently shared on CBC Radio One’s Q with Tom Power.

While discussing her first album, The ArchAndroid (2010) with MTV, Monáe also spoke of the android as “the new ‘other,’” pointing out, “people are afraid of the other and I believe we’re going to live in a world with androids because of technology and the way it advances.”

The idea of embodying the “other” — whether a flesh and blood other, or an other with computer parts — is one Monáe comes back to time and again in her many art forms.

RELATED: Elliot Page’s 6 Most Important Lessons about Authenticity for Trans and Cisgender People

“Dirty Computers,” she says, are those who refuse to wipe away their queerness or their Blackness (their otherness), and because of that, pose a threat to the status quo. Freedom fighters in their own right.

While her album Dirty Computer explored a world in which one’s thoughts could be controlled or erased by a select few, her stories explore the concept of “memory censorship,” memories being “stories that we tell ourselves to survive.”

Elaborating on memory, Monáe discusses “representing a community full of people whose stories are being erased, whose identities are being erased” by politicians and others with the power to dictate which conversations are allowed and which aren’t — and indeed, what’s human and what’s not.

She has stated that her book is really very much about “prevailing” in the face of a “totalitarian society.”

Perhaps the most important (and simplest) thing one can say about Janelle Monáe’s identity these days is that she’s living her truth and inhabiting her joy — largely because she’s done with seeking approval.

While she admits that when she first came out, she felt she had a lot to prove, Monáe now finds herself creating from a space of “not having anything to prove.”

In a recent interview with LGBTQ&A, she opened up about being in a “celebratory space,” one that’s being reflected in the new music she’s working on.

“I’m being super present, I’m laughing more, I’m partying with my friends more, I’m really more relaxed as an artist and so I think that my music is probably going to be, without giving too much away, less heady and less about fighting against opposition,” she says.

RELATED: 10 Maya Angelou Quotes to Give You Backbone in Times of Struggle

“I think that in the same way that I can protest against something, I should be able to love hard and be seen as somebody who lived life celebrating.”

“I have no interest in releasing who I’m dating or not dating, that’s not important,” she continues, “But what I did feel was important was that representation of what it meant to live in your truth, regardless of friends or family supporting it, regardless of people having opinions.”

Rather than “coming out,” Monáe prefers the phrase, “coming in.”

Monáe’s Path to Being ‘Out’: “It Was Always in My Lyrics”

While Monáe certainly isn’t taking her cues from others’ opinions these days, she didn’t get here overnight.

When her first EP came out in 2007, broaching a public conversation about heteronormativity — let alone coming out — wasn’t on the menu just yet.

While she acknowledges that everyone is different, the clearer her identity became to her, Monáe knew she needed to hash it out with family and friends before she made any announcements.

She also acknowledges that coming out looks different for everyone. Long before she declared herself pansexual/bisexual/non-binary, she had come out in many subtler ways, with tracks like “Q.U.E.E.N.,” off her first album.

“It was always in my lyrics,” she insists.

But with Dirty Computer, she says, “I just felt more comfortable with diving deeper into what it meant to be queer, what it meant to also have community that [made] you want to feel seen and be heard. So there was a lot of vulnerability. It wasn’t easy because I’m a super private person…[but] I think this project was more declarative.”

Ultimately, it seems that there’s a bonafide connection between Monáe’s sense of freedom from the acceptance of others and her willingness to declare her truth on the proverbial mountaintop. And the freer she feels, the more powerful the sense of celebration in her work — a rich gift to anyone willing to explore her next-level artistry.

How to Motivate Yourself to Bounce Back From Adversity