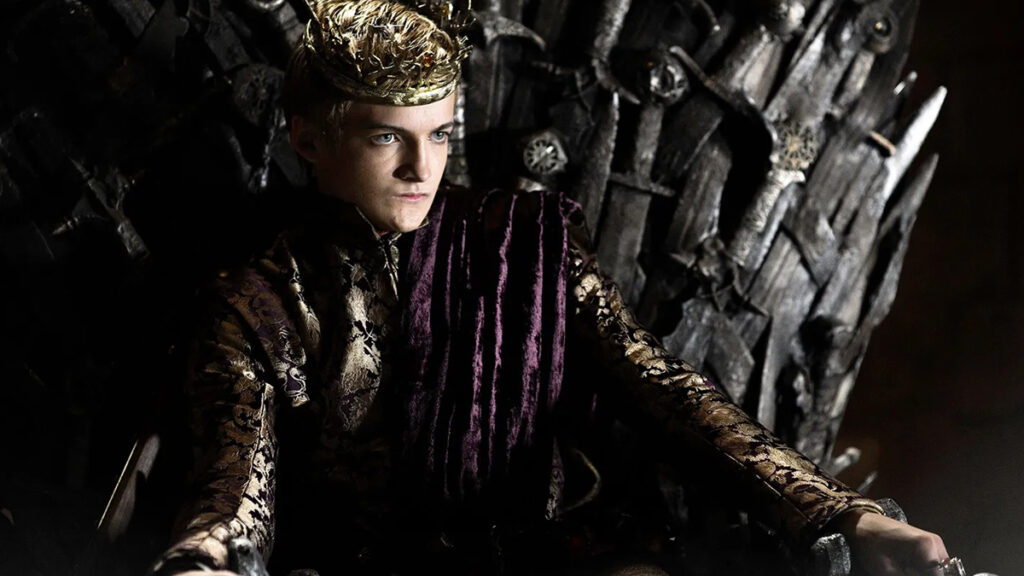 Those who know Jack Gleeson know him as the rather terrifying King Joffrey Baratheon in HBO’s critically acclaimed series Game of Thrones. But prior to this breakout role, he actually starred in a handful of films in the early 2000s, including Batman Begins and Irish family drama A Shine of Rainbows. In 2014, however, once King Joffrey got killed off, the budding Irish star, just 21 at the time, sort of up and disappeared from the world of acting.

But where did he go? Hint: unlike his character on Game of Thrones, who we can all agree was a monstrously self-obsessed little psychopath, Gleeson is intelligent, sensitive, and critical.

While some budding celebs flop and fizzle out for reasons beyond their control, that’s not Gleeson’s story. In fact, he never flopped or fizzled at all. Instead, he did what no 21-year-old with a taste of fame does, ever: he chose to “semi-retire” from acting and pursue his studies more fully. He attended Trinity College Dublin between 2010 and 2015 where he studied philosophy and theology. He was even elected a scholar at the university in 2012.

And for those who think, ‘scholar’ simply refers to anyone pursuing higher education, it has a special meaning at Trinity College Dublin, as an honor only awarded to those who achieve a first class honours average in a set of challenging voluntary exams—the students continue with their usual course work as well as studying independently for these exams.

RELATED: What Happened To Chuck Norris? The Action Hero Who Disappeared

If you struggle to understand why Gleeson would want to give up a successful acting career for a pile of dusty old books, you’re in luck, because in 2014, he made it clear. This bright and disciplined young man was invited to speak at the Oxford Union, Oxford University’s debating society, which he points out “has heard speak some of my greatest heroes, people like the Dalai Lama, Malcolm X, Albert Einstein… all I’ve done is act in a TV show and pretend to be mean, for money.”

What ensued was a brilliant speech on his feelings about celebrity culture, in which he discussed his fame and celebrity worship in general. In blunter terms, Gleeson positively slammed the mechanisms of fame as we know them.

“Since the show has aired,” Jack Gleeson said, “I’ve been given an insider look into an ever-pervasive and yet often mysterious aspect of society, namely, our culture of celebrity. Strangers on the street now call me Jack and my public image is democratized by fans and institutions alike by the Internet. Upon hearing the news that I received the role of Joffrey, I really did not expect all of the subsidiary things that come with being an actor on a successful television program.”

Gleeson does not shy away from expressing his thoughts on how messed up the very notion of “celebrity.” He points out that simply by being an actor lucky enough to see some success, he was tossed into a whole new realm rather unsuspectingly (and naively, he admits), and made to feel that how he felt about it was beside the point. Because fame.

And while some might accuse Gleeson of complaining from a place of pure privilege, it’s important to ask ourselves: is it really all that fair to expect someone to give up their privacy and autonomy just because we find them compelling or fascinating? Reducing celebrities to their image alone (which is what we tend to do) removes their humanity in a way that desensitizes us to the very real emotions they experience in reaction to the obsessive and even addictive nature of celebrity consumption.

“Unbeknownst to me, [I’d] signed an invisible contract which required me to enter into a strange new echelon of society,” he continued. “People suddenly wanted to take pictures of me on the street, and journalists were interested in what sort of socks I preferred. It was an environment from which I instantly wanted to retreat. I detested the superficial elevation and commodification of it all, juxtaposed with the grotesque self-involvement it would sometimes draw out in me.”

It’s worth noting that Gleeson has also been very quick to express gratitude for his success and all that it has afforded him: “opportunities which I see as truly once in a lifetime.” Still, he brilliantly questions the need for how far it goes, asserting that the downside of the artificial elevation inherent to fame far outweighs any benefit derived, by, well, anyone.

RELATED: How Christina Ricci Went from Underrated Actor to Outspoken Activist and Back Again

“Celebrities seem by a huge amount of people and, certainly by myself for awhile, as the pinnacle of success,” he said. “It is revered almost religiously—both the institution and its quickly growing member base. Indeed, the apotheosis of celebrity is not just confined to the worship of movie idols, pop stars, sports heroes or even reality TV stars, we have bloody celebrity chefs, authors, comedians, politicians, intellectuals, scientists, business people, cheesemongers, and milliners who can simply stick out their faces at us on advertisements, talk shows, and magazine covers.”

He uses sociological theories to defend his point that celebrity worship and imitation can be damaging because the “role model does not feel a duty to instantiate, shall we say, suitable values to adopt.”

And finally, Gleeson called out the publicity-obsessed character of celebrity culture for what it actually is: advertising for the sake of capitalistic gains.

It’s really no surprise the evil king was dubbed a scholar, now is it?

Life After Game of Thrones: Jack Gleeson’s Slow Return to the Stage

Although Gleeson has, in the last few years, begun a gradual return to the stage, it should hardly be surprising that it’s 100% on his own terms. He has opted for several roles in theater productions including Bears in Space, The Water Orchard, and Science Fiction Radio Hour. Most recently, he appeared in a two episodes of BBC Two’s sitcom, Out of her Mind, which explores themes of sexuality and biology.

We’ve all seen how bad it can get out there in celeb land — Britney Spears’ journey alone should have us all questioning the darker side of fame. Yet still, we as a society are often unwilling to accept our own role in it.

Ultimately, Gleeson’s lesson for the world is a highly valuable one worth meditating on regularly: Why not view entertainers as the humans that they are, for better or worse? By extension, you may just have to see yourself in the same light, on par with the rich and famous: human.

You are so weird (and it’s OK)
‘She’s a wealth of knowledge’: Nova Scotia ‘Coupon Nannie’ offsets inflation
5 Meditation Retreat Practices to Try at Home for a More Mindful Life
Why Adam Levine’s Sexting Affair Is No Joke – It’s Deeply Disturbing
Matthew McConaughey’s Life Advice Will Change Your Future (MUST WATCH) Motivational Speech 2018