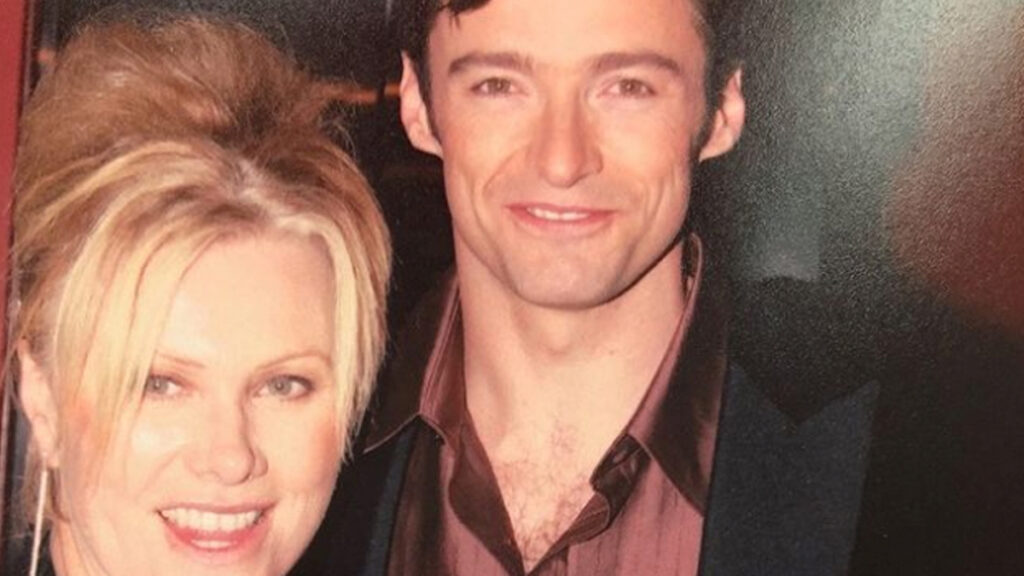 Hugh Jackman and Deborra-Lee Furness have what is arguably one of the most successful celebrity relationships. The Aussie actors, who share a cinematic love story for the ages, recently celebrated their 26th anniversary and chose to share a lovely photo of them cuddling on a beach.

RELATED: What Is Emily Blunt and John Krasinski’s Secret to Staying Fantastic Forever?

Jackman wrote in the Instagram post’s caption, “Today I celebrate 26 years of marriage to my extraordinary wife. Every single day is filled with so much laughter, joy and backgammon!!!! Deb, you light up my life. I love you with all my heart!”

Lovely, but we all know that a few social media posts is not what makes a relationship work and last. So let’s take a closer look at this wonderful long-lasting relationship and discover its secrets.

Deborra-Lee Furness is an Australian actress and producer. She and the X-Men star met in 1995 on the set while sharing a screen on the Australian TV series called Corelli. The actor liked Deborra from the moment he saw her and it took only two weeks for him to realize that he was really smitten with her.

The pair quickly became friends, but it would be another four weeks before Jackman was brave enough to confess his true feelings to his leading lady. After inviting a few friends for dinner, he asked her to help him with the desert.

Once alone, Hugh admitted that he had a crush on her and luckily, she felt the same way. The actress later declared that, on that evening, she actually passed up on an outing with Mick Jagger just to spend a little more time with her new crush.

Hugh Jackman and His Wife: On Age and Marriage

It was all fun and games for about three weeks until Deborra-Lee began having second thoughts about her relationship with Hugh, who was 13 years younger than her. After all, she made a promise to herself not to date any actors, especially men under 30.

The actor later revealed that Deb has broken up with him “a little bit.” However, Hugh’s charm won her over so they eventually worked things out.

The Greatest Showman star was so confident that the couple would stand the test of time that he proposed after just four months of dating — with a ring designed by himself. And Furness said “yes”.

On April 11, 1996, the duo sealed the deal in Melbourne, Australia. Their wedding rings have a special message engraved, that is written in Sanskrit. Each one reads “Om paramar to the mainamar”  which means “We dedicate our union to a greater source.” Beautiful!

While the life of celebrities might seem perfect, everyone goes through struggles and uncertainties. Besides, being in the public eye makes things even more difficult. For Hugh and Deb, the biggest challenge was their journey to becoming parents.

Deborra-Lee was already 40 when they got married so the couple wanted a child as soon as possible. Sadly, it wasn’t going to happen for them.

It’s not easy. You put a lot of time and effort into it, so it’s emotional. I think any parent can relate – trying to have children is wonderful and when you feel as though that’s not going to happen, there’s a certain anxiety that goes with it.

After miscarriages, IVFs and all kinds of treatments, the pair decided to stop trying to have a biological child and opted for adoption. Once their son, Oscar, came into their lives, all their wounds were healed. It wasn’t a smooth sailing, but they stayed together through it all.

In 2005, Hugh and Deb had another reason to rejoice as they became parents for the second time. This time, they adopted a beautiful baby girl named Ava Eliot.

The dynamic duo doesn’t shy away from showing how much they love each other, whether it’s on or off stage.

Once, Jackman caught his wife off-guard with an impromptu serenade at a hotel they checked-in for the night. The actress was so impressed by her husband’s gesture that she actually shed a few tears.

RELATED: Why Ben Stiller and Christine Taylor Reconciled – and What It Teaches Us about Love

At the 2012 Tony Awards, it was Deborra’s turn to surprise her hubby. After she told him she was headed off to the bathroom, the actress went up on stage to present Jackman with a humanitarian award.

Now, we all know that this kind of public display of affection means nothing if the partners don’t genuinely care for each other. Hugh and Deborra are definitely not a couple that looks happy only when others are around. They made that clear when for their 20th anniversary together they chose to relive their honeymoon by spending an entire week in the Caribbean — alone.

During the pandemic, the number of couples that split up or divorced has significantly increased. Luckily, it was not the case for Jackman and Furness.

Despite having spent over 20 years together, Hugh stated that he never felt more close and connected to his wife than he did in 2020, while quarantining together.

“Having this time without either of us working, being with the family, we’ve had the opportunity to be together, and the results are in: Closer,” said Hugh Jackman on Extra!

Staying together for decades isn’t an easy job. It takes effort, patience and understanding. But first and foremost, the partners need to be able to be themselves — flaws and all.

As the X-Men star stated during a 2019 interview with Good Morning America, “I think in relationships, you gotta be yourself, even the bits you don’t love, the bits you’re embarrassed about or things you did wrong. If you’re in a situation where you can be yourself and really be honest, that’s a good start.

The two kinds of productivity advice
Deliveryman Arrives to Pick Up an Order From a Bakery – Breaks Down When He Finds Out Why His Own Name Is on the Package
Why I Didn’t Trust Myself to Make Decisions (and What If It’s All Okay?)
61-Year-Old Accidentally Leaves Her Wallet at a Walmart Parking Lot – One Teen Drives Miles Just to Return It to Her
Femcels: Inside the enigmatic subculture of involuntary celibate women