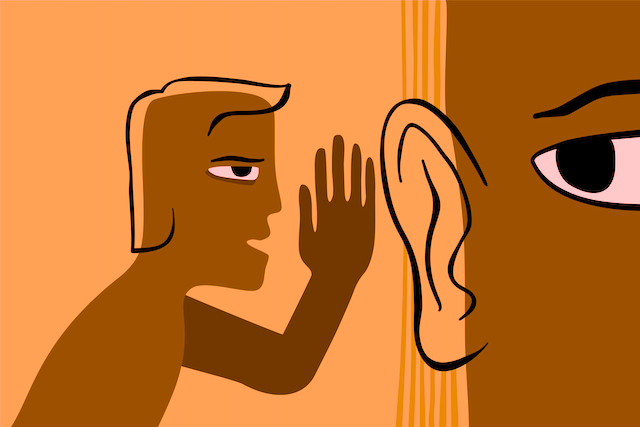 “Don’t mistake being informed by trusting what you hear or read in the news. The most trusted information is what you feel in your gut.” ~Charles F Glassman

I was in my kitchen enjoying breakfast when a report about a murder was mentioned as one of the headlines on the radio news.

One of my boys started to ask me questions, none of which I could answer. They were questions about a detail of the murder, which I didn’t know, and also about bigger life issues, which at 7 a.m., I was struggling to get my head around.

I chose to turn the radio off, told the boys that we would chat about it later, and then removed the radio from the kitchen. This was in 2019, and I haven’t missed the radio since.

I’ve always had a radio in my kitchen and always listened to a talk-based radio station, so it felt a bit awkward for the first week or so, but over time, we began chatting more as a family in the mornings because we didn’t all have one ear tuned into the news.

A mentor and friend of mine told me a while ago she no longer watches the news. This gave me the permission I felt I needed to embrace this no-news new way of living. I never questioned her decision or asked for more details about the choice she had made. I knew something in me had flipped; I was no longer going to consume the news. This was going to mean radio, television, paper, and social media for me.

I had to form a few new habits around my news consumption. The next time I was driving my car I took a selection of my old CDs and a charger cable to plug my phone in so I could listen to audiobooks or podcasts. I always used to watch the 10:00 p.m. news headlines, but I decided to leave the sofa at 9:59 and hop straight up to bed at that time. I also stopped buying my weekend newspapers and turned off all news notifications on my phone.

My husband will occasionally say, “Oh, did you hear such and such on the news?” And I reply, “Nope, remember, I don’t get the news anymore” and then we start talking about something else.

I understand that the news highlights human interest stories, and part of the need to feel connected to each other might be fulfilled by taking in news stories, but I had to turn away when it all got too much.

When COVID hit, I questioned my decision. Was I being willfully ignorant? Well, no, actually. I don’t think so.

I was working in local government at the time, and all my work was face to face with very vulnerable people. My line manager was masterful at protecting his staff team and giving us all the information we needed to do our jobs as safely as possible. There was no way the media, local or national, could have helped me out on that one. I was aware of what was going on because, of course, people told me. Sometimes I was willing to listen to a bit of detail, but mostly not.

I don’t feel like I’m missing out by not keeping up with the news. I’m acutely aware of what I can control in my life. And I know most of what I would see, hear, or read on the news wouldn’t directly affect me. I came to the conclusion that the news always made me feel worse than before I’d heard or seen it.

I also recognized that I was not taking the time to see a variety of news sources or get differing viewpoints, so what I was getting was incredibly biased. It seemed to be debt, disaster, or some kind of controversy on repeat. I was not being uplifted in any way shape or form.

I realized that my life is going to be short enough. I sometimes don’t have enough time for the stuff I really want. So why was I wasting a precious second on something I had no control or influence over?

I spend a morning a week volunteering with refugees and asylum seekers who tell me their stories. I’d far rather hear first-hand realities from people who are in the same room as me.

Since turning off all the news channels in my house I have been able to tune in to my intuition and gut feelings more. The less I have consumed other people’s opinions on world events, the more I can hear the whispers of my soul.

If I need to know something, of course, I can go and look it up. My own research is tailored to what I want or need. I don’t feel like I’m missing out in any way. I feel like everything in my life is slightly better without consuming the news in the way that I used to. I save some money and time and experience far less anxiety. All good things in my opinion.

I don’t know if I’ll ever go back to watching, listening to, or reading the news in the future. I haven’t missed it in three years (apparently a lot has happened), and I’m doing just fine without it.

If you’re also considering giving up the news, it might help to start by asking yourself why you’ve felt the need to be informed at all times. Does it stem from fear and the desire to feel safe or in control? Or is it simply that you don’t want to be ignorant about something everyone else might know about and discuss? Then ask yourself what you’re really gaining and what you’re losing—time, energy, or peace, for example.

Once you understand why you’re constantly tuning in it will be a lot easier to tune out.

If the idea of eliminating all news feels too much at the moment, perhaps you could try reducing it in one area of your life. Go back to reading a novel instead of a paper on a Sunday. Watch the headlines at 6 p.m. but not the whole program. Listen to a podcast on a subject you feel passionate about and not on a topic you think you should know about.

We’re bombarded with information these days, but we get to decide what we take in based on what feels best for us.

‘It was my heart’: Women with heart disease face barriers to care in Canada, report says
Beyond Dry January: 5 Benefits of Extending Your Break from Alcohol
Parents issue warning after teen dies from inhaling aerosol deodorant
Femcels: Inside the enigmatic subculture of involuntary celibate women
Waitress Soothes “Fussy and Teething” Baby So Mother Can Finish Her Meal